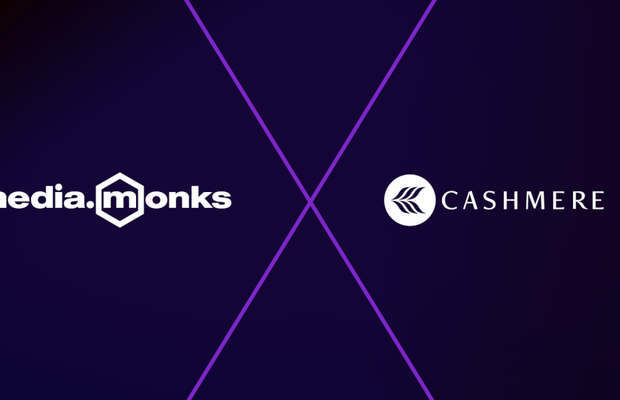 S4Capital (SFOR.L), the tech-led, new age/new era digital advertising and marketing services company, announces a merger between Cashmere and Media.Monks, which significantly expands the capabilities of both its content practice in the USA and global cultural strategy.

Cashmere is the premier culture and creative marketing agency, founded in Los Angeles in 2003, by Ted Chung and Seung Chung. With over 150 team members, Cashmere specialises in creating authentic, culturally relevant content and campaigns for clients like Google, Instagram, Facebook, BMW, WarnerMedia, adidas, Netflix, Disney, Amazon and Apple. In August, Cashmere was appointed as the first ever ‘Culture Agency of Record’ by Taco Bell.

Cashmere has been recognised numerous times as a leading and trailblazing force within the creative and marketing industry. The agency has received multiple awards including the 2019 Cannes Lions Creative Award and numerous Clio and Webby Awards. Its leadership team has been recognised by highly regarded organisations committed to advocating for excellence and diversity in the creative and technology industries, including AdColor and Goldhouse’s A100. Cashmere’s evolution in recent years is best shown by AdAge’s annual A-List. Named Multicultural Agency of the Year in 2019, then recognised as one of the A-List’s Agencies to Watch in 2020 and most recently, in 2021, as an A-List Standout Agency.

Sir Martin Sorrell, S4Capital’s executive chairman said: “We are delighted to welcome Ted, Seung, Ryan and their colleagues to Media.Monks. Their ability to translate contemporary culture into compelling content and reach diverse audiences is a rare talent and something we want to integrate at the heart of our content practice. It is particularly relevant, given the changes we see taking place around diversity and purpose, not only in the United States, but beyond.”

Ted Chung, Cashmere chairman and co-founder, said: “Cashmere is excited to bring an international vision of Culture, fluidity, and brand loyalty to our clients and a broader set of new colleagues. From the first interactions with everyone at Media.Monks, we were impressed with their responsiveness, ambition, and disruptive approach which aligns with our philosophy of evolving the status quo.”

“We are thrilled to bring our blend of creativity and cultural insight to the team at Media.Monks,” echoes Cashmere president and chief creative officer Ryan Ford. “Our unique ability to positively impact Culture and more importantly, passion to push The Culture forward, merges seamlessly with Media.Monks’ tremendous track record of producing innovative high-quality work. Together, we will continue to produce Undeniably Dope campaigns on behalf of our clients and colleagues... with even more global impact.”

Wesley ter Haar, Media.Monks co-founder and S4Capital executive director, said: “Cashmere’s creative chops and their ability to tap into contemporary culture for their clients are qualities we have long admired, which is why it’s so exciting to welcome them to the family.”