Royal Botanic Gardens, Kew Urges Everyone That the Future is Botanic at COP26 Summit

Powerful creative by VCCP London aims to challenge and disrupt the traditional view of RBG Kew, positioning the institution as a world-wide expert and thought leader 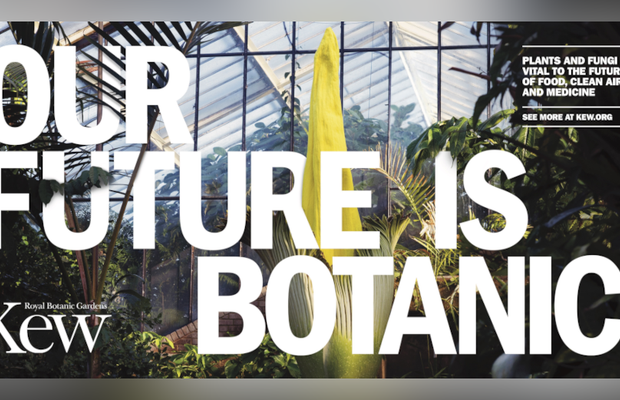 In the lead up to the international COP26 climate summit, world leading plant science institute, Royal Botanic Gardens, Kew has today launched a new advertising campaign called ‘Our Future is Botanic’ together with their creative agency of record, VCCP London. The integrated campaign is targeted at both world leaders and policymakers, as well as the general public and aims to further humanity’s understanding on why the plants and fungi, millions of which are housed at Kew, are vital to the future of humanity. The campaign will highlight the critical role that Royal Botanic Gardens, Kew plays in helping tackle the climate crisis and acts as an urgent appeal.

Kew is world renowned for its beautiful landscapes at Kew Gardens and Wakehurst and both institutions are home to the most diverse collection of plants in the world, attracting 2.5million visitors every year. RBG Kew provides solutions to global conservation work and plant science by working with partners in over 100 countries, and more than 300 scientists based at Kew, Wakehurst and Madagascar.

‘Our Future is Botanic’ is a powerful OOH and digital campaign which shares compelling stories of how plants and fungi are vital to the future of food, clean air and medicine, and raising awareness of why the rare, exotic, and well-known are all worth saving. Through the use of strong visual graphics, the new campaign debuts hero taglines such as ‘This is Extinct’ and ‘This is Medicine,’  and is designed to get global policy leaders and the public to realise that the threats to plants and fungi will result in less future medicines, fuels and foods across the world if we do not act now. The new creative marks a step change from previous campaigns, shifting the brand personality to one that cares passionately about protecting plants and fungi, whilst increasing online through new content. ‘Our Future is Botanic’ supports Kew’s COP26 agenda and brings its vision to life in a durable and meaningful way, whilst disrupting the view of Kew as a beautiful garden to visit. 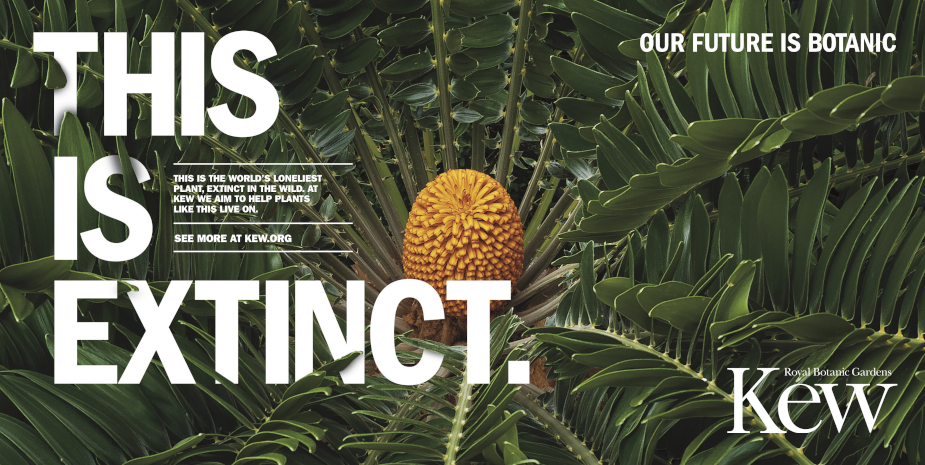 The new campaign will be present at COP26 as RBG Kew’s hero creative, and will communicate the urgent message that biodiversity loss, i.e. less plants and fungi, is one of the most critical and urgent threats to all life today. Royal Botanic Gardens, Kew plays an international role as a global science and environmental leader, and is helping advance the UK government's efforts to reach net zero emissions by 2050. Kew is also a proud and official partner of The United Nations Framework Convention on Climate Change (UNFCCC) and RBG Kew will have a mini garden installation in the UN Pavilion at COP26, as one of only four organisations officially invited to exhibit in this space. The installation will communicate Kew’s nature-based solutions to climate change and highlight its commitment to the COP26 international agenda.

Sandra Botterell, director of marketing and commercial enterprise at Kew Gardens said: “COP26 is a pivotal moment in the fight against climate change, and we’re on a mission to spread the incredible work achieved day in and day out at Royal Botanic Gardens, Kew with the international stage. Our long-term prosperity relies on the protection of some of nature's most precious resources, and it’s a true honour that here at Royal Botanic Gardens, Kew we’re able to play an integral role in the conservation and research of some of the world’s most important plants and fungi. ‘Our Future is Botanic’ represents everything RBG Kew stands for, and we’re passionate about bringing these critical messages to the masses with our powerful campaign.” 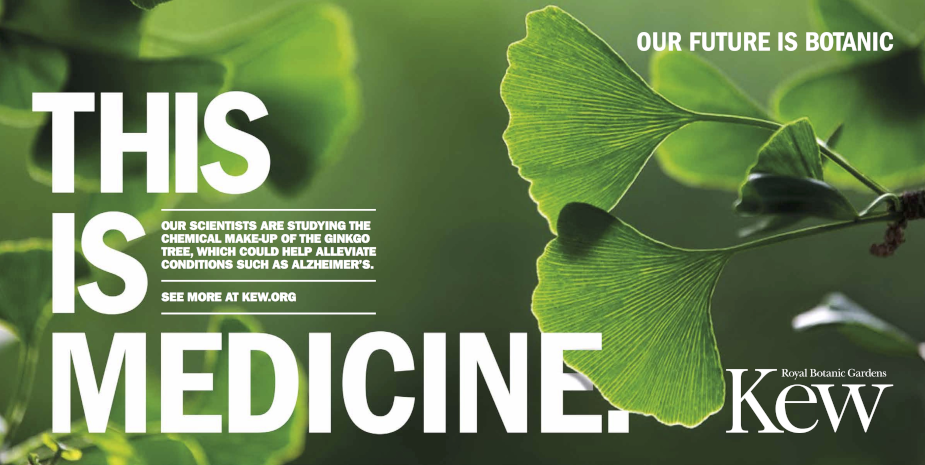 Monty Verdi, executive creative director at VCCP London added: “COP26 is arguably the most important ever international gathering of leaders to tackle climate change so working with such an iconic institution like RBG Kew, which is truly committed to slowing down the impact of biodiversity loss around the world, is a dream for us at VCCP London. RBG Kew is a trusted voice and can speak with authority on matters relating to plant and fungal science, conservation and sustainability. It’s a proud moment seeing our work on the international stage, and it certainly drums home how poignant it is to have a world renowned botanical centre of excellence located in our hometown of London. It has been our pleasure to translate their passion for the planet with ‘Our Future is Botanic.’”

The campaign ‘Our Future is Botanic’ is live from today and will be RBG Kew’s positioning for the next three years. The creative includes bold OOH displayed on site at COP26 in Glasgow, Scotland, on site at Kew Gardens, London and Wakehurst, Surrey, and is supported by print, digital and social media activations.