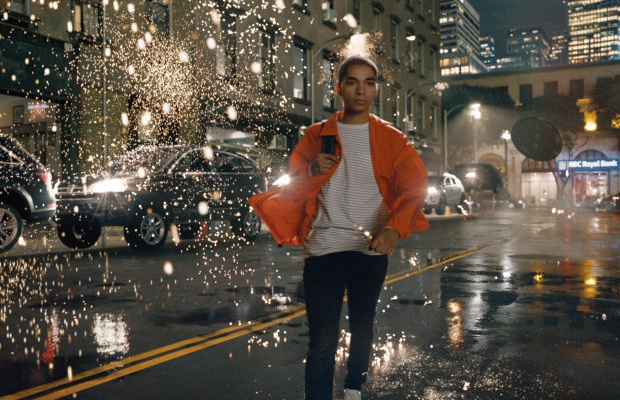 The Royal Bank of Canada (RBC) has launched a powerful new ad campaign to promote RBC Future Launch, the financial institution’s 10-year, $500-million commitment to help empower the youth of today for the jobs of tomorrow.
RBC enlisted ad agency Battery to help create a visually emotive TV spot celebrating the power and potential of Canada’s youth, with alter ego providing post production. The campaign targets both youth and mass audiences through the channels of conventional and specialty broadcast, digital and social.
The spot, "Dear Future," physically demonstrates the power inherent to today’s youth. Battery worked with MJZ director Rocky Morton, one of the most awarded and in-demand directors in global advertising, to bring the story to life, while also partnering with alter ego to handle the impressive visual effects.
The spot follows three young heroes as they demonstrate the power of their potential and their ability to impact the world around them through different energetic moments - exploding trees, piano keys, and city lights shattering in their wake. The voiceover begins: “Dear Future, I am full of potential. I am opportunity waiting to be unleashed. I am power waiting to be ignited.” The spot ends by directing viewers to RBC.com/FutureLaunch to learn more.
“This was an amazing opportunity to work with an iconic brand like RBC,” said Philip Khosid, co-founder and CCO of Battery. “RBC Future Launch is the largest commitment to Youth in RBC’s history, so we needed to create an equally powerful and significant campaign that celebrates their inherent optimism and potential.”
“Young Canadians are facing considerable challenges in the school-to-work transition as they consider their future,” said Mary DePaoli, executive vice president and chief marketing officer, RBC. “But research shows that they are optimistic and excited about their next venture in life. We feel this campaign will demonstrate loudly and clearly that we recognize their potential, we understand their needs and we want to help them better prepare for the new world of work.”
From pre production, on-set supervision, through to final delivery, alter ego pushed visual effects to bring the spot to life. Each fraction of a moment in time needed to be extended as long as possible and shooting on phantom at 2500 frames per second was not only captivating but allowed for an increased level of detail in our CG. Each scene is filled with an array of flying CG and practically shot objects: giant logs, boulders and brush, exploding piano keys and street lights, levitating cars and highly detailed matte paintings for environment replacement. All of which helped support and represent the inherent potential within youth and their ability to impact the world around them. Over seven weeks, the team of modellers, animators, lighters, compositors and colourists worked to bring both Battery’s and Rocky's vision to life. Check out a VFX breakdown below.