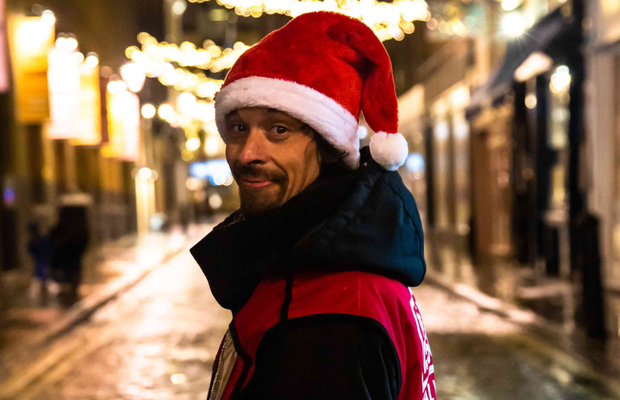 Today, The Big Issue launched its first ever Christmas appeal film to help raise awareness of the need for support for its network of magazine vendors who are facing an unprecedented period of hardship this winter.
The film features the fond recollections of Big Issue vendor Martin McKenzie has of his customers before the pandemic and contrasts it with the far emptier streets that he faces when out selling the magazine in present times. It also features a voiceover from Christopher Eccleston, who is a long-term supporter of the organisation, having first appeared on the cover of the magazine in 1996, and who was recently appointed a Big Issue brand ambassador.
Christopher commented: "There has never been a moment when visibility and clarity of message has been more important. In my new role as an ambassador for The Big Issue I am proud to have lent my voice alongside Martin, one of the vendors, to this short and incredibly powerful film. The
homelessness crisis we currently face in the UK is a serious problem. I hope this Christmas appeal will make people think and importantly help, however they can.”
Martin McKenzie, who sells the magazine in Finsbury Park, London and who stars in the film, said: “2020 has been trying for me but thanks to The Big Issue, I have been able to keep my head above water. The filming made me feel like a real celebrity. This has all been a great experience.”
In the film, created by long term creative partners FCB Inferno, we see beautiful footage of the times before Covid-19. The streets are full and happy, and we see people interacting with an unknown protagonist. As his poignant VO reminisces about how the bustling bystanders brought his street to life, we reveal that we’ve been seeing the world as it was through the eyes of a Big Issue vendor, who is now struggling to sell his magazines.
The voiceover comes courtesy of Big issue vendor Martin McKenzie and Christopher Eccleston ends the film with an urgent call asking for people to support the organisation and its vendors at a time of crisis.
The film will be seen across Big Issue social channels, digital and website and asks the audience to support The Big Christmas Appeal by making a one-off or regular donation, or by subscribing in print or digital.
Lord John Bird, founder of The Big Issue, said: “We hope that people take the time to watch this wonderful film, which gives us all a small insight into how tough 2020 has been for our vendors. Martin’s story is very moving and we hope it will motivate you lovely lot to show an act of social kindness and donate to the appeal, subscribe or buy the magazine or a gift subscription from your local vendor to enable us to be there for our vendors, both now and in the future.” 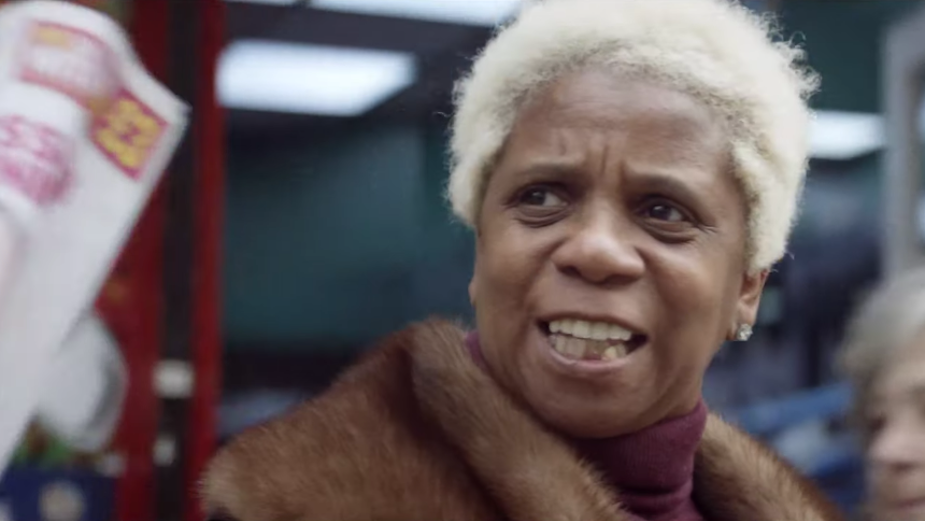 “Commuter hubs are hauntingly empty, and this is a tragedy for city centre businesses – particularly for Big Issue vendors who have been hit incredibly hard." added Frazer Gibney, CEO at FCB Inferno. "This is a critical time for the Big Issue and we are asking people to remember their vendors, please dig deep and support them this Christmas.”
With two national lockdowns and restrictions in place, TBI has undergone the most challenging year in its 29 year history. During the first national lockdown, TBI launched an Emergency Appeal and thanks to the generous support of the public staff were able to support over 1,600 vendors across the UK with £600,000 being dispersed in the form of food vouchers, meter top-ups and other emergency aid to support vendors.
During the latest lockdowns and restrictions TBI supported over 1,400 vendors with over £100,000 of support. Staff were also able to provide ongoing social and emotional support and connect vendors to access other services and support they might need. However, Covid-19 has seen slashed footfall in many city centres across the UK, resulting in a catastrophic loss of income for vendors at what would typically the busiest time of the year for them in terms of sales.
The Big Issue is committed to being there for its vendors, and the increasing number of people who will need its support as the impact of this crisis deepens. But the organisation urgently needs the publics’ help to ensure it is able to provide this vital support to vulnerable people over Christmas and beyond. It is hoped that through this film people will be reminded of what makes The Big Issue unique: its a hand up, not a handout philosophy and the special relationship customers have with their vendors.

Is This OnePlus Nord CE Smartphone Unboxing Video the Most Extreme in History?