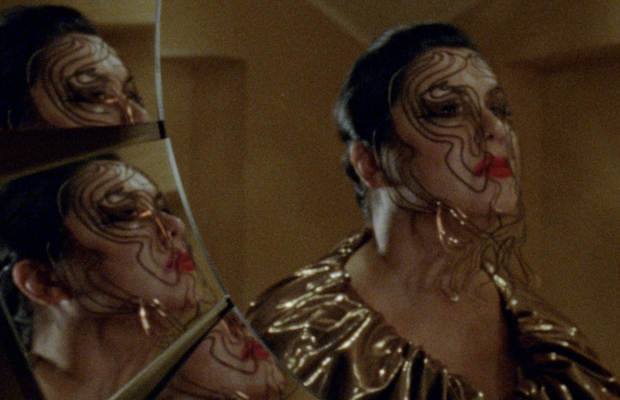 REKORDER is pleased to announce the release of Anna – Stage of Emotions, a REKORDER production directed by the Italian filmmaker Elena Petitti di Roreto. This 34-minute film interweaves live performance, interviews, and abstract imagery to create a unique, multi-dimensional portrait of the iconic opera singer Anna Netrebko. Elena’s distinct form of modern visual storytelling brings a fresh, contemporary twist to a classical artform—and offers penetrating insight into the unparalleled craft and vibrant personality of one of opera’s most riveting performers.

Released on the occasion of Amata dalle tenebre, Anna’s long-awaited new album with the leading classical label Deutsche Grammophon, Anna – Stage of Emotions includes four music videos of arias that Anna recorded in 2020 at Milan’s legendary La Scala, performing with the Orchestra del Teatro Alla Scala under the direction of Riccardo Chailly. Elena’s signature visual style captures Anna’s portrayal of four operatic heroines: Aida (Verdi & Ghislanzoni), Liza (Tchaikovsky), Dido (Purcell) and Isolde (Wagner). Through her careful study of the sensuous, emotive capacity of opera and the powerful persona of her film’s subject, Elena translates each aria’s reflection on themes like love, hope, death and despair into a lush and visceral visual language. REKORDER’s CEO and the film’s Executive Producer Werner Klemm explains that “for each of these emotions [present in the music], a separate film genre (documentary, short, interview, music video, animation, performance) was found, which alternate throughout the film.”

Taking inspiration from art and photography, Elena’s film collaborations with brands like Fendi, Vogue Italia, and Rimowa are characterized by a strong attention to aesthetics, light, and composition. Her previous experience as an editor has honed her fastidious attention to mood and detail, resulting in richly layered, character-driven narratives. A strong sense of tactility pervades Elena’s filmmaking. “I like to feel stuff,” she explains, “I don’t really want to describe something from the outside through film, I want to be inside it.” A similar drive to delve into the essence of her subject marks her new collaboration with Anna Netrebko. Inspired by the observation that Anna often appears “more real on stage than in real life,” Elena adopts a radically fragmented narrative approach that not only channels the emotional content of the music, but also mirrors the dramatic transformations that stage performance entails.

Elena’s visual interpretation of Aida intersperses footage of Anna performing alone on a pitched-darkened stage with a tender, choreography that unfolds between two lovers. The swirling camera work emphasizes the sense of longing and desire imparted by Anna’s performance, which is countered by visuals that channel the anticipation of a lover’s touch.

Shot in black-and-white, Liza conveys a strong sense of being in thrall to one’s own inner world. Anna’s tranquillity is countered by spectral figures moving rapidly around her. Singing alone on a public square, Anna appears like the still point in a moving world.

The visual style of Dido hovers between two worlds: that of the theatre and a distorted reality created through the use of computer-generated animation, which gives the sense of a passage between two realms. In interview and rehearsal sequences that precede the performance, Elena depicts Anna’s challenges with the role and its singing technique.

Finally, with Wagner’s Isolade, Elena brings us outside of the opera house and includes everyday people in the film’s narrative. We see the act of singing and the act of listening depicted as a form of out-of-body experience. Anna has described the sensation of recording Isolade as being similar to flying. By extending this sense of being in immersed and totally present in music to opera’s audience, Elena shows how this art form can be an escape from the mundane, transporting us to new heights.

With Anna – Stage of Emotions, Elena and REKORDER seek to visually unlock a new facet of opera and show it as it has never been seen before: contemporary, urgent, accessible. “You don’t need to pay for a ticket to Teatro la Scala or wear a full-coat to enjoy Wagner,” Elena says, “You can listen in your house. You can listen wherever you are. [… ] Let’s bring it back to what it is, it’s just telling stories about love—which resonates with everyone.”

Matthias Storath: “It’s Better to Be Different than to Be Perfect”