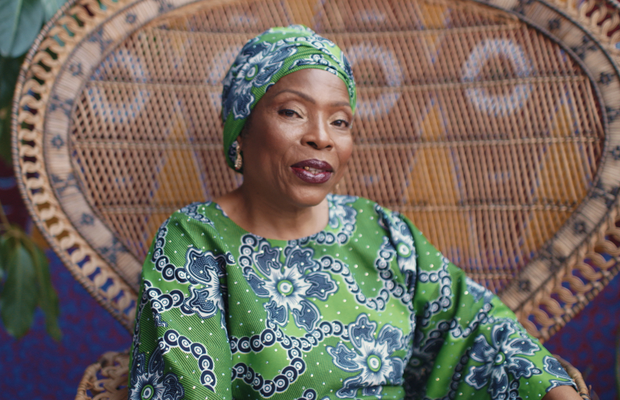 In support of its vision to enable Creativity for All and to encourage more young people to pursue careers in the industry, Adobe has joined forces with award winning rapper, actor, and role model, Little Simz, to create a revealing and heart-warming film, brought to life through a love letter to her mum.

Created by Ketchum London and Directed by Lainey Richardson at Caviar, in the letter Simz thanks her mum for supporting her along her journey, giving her the tools to reach her dreams and being her number one fan.

Commenting on the film, Simz explains: “I’ve been incredibly fortunate to have had my mum as my champion from a young age and without her encouragement I wouldn’t have been able to use music, fashion and acting to express myself and be where I am today.”

Simz added: “Pursuing a career in the industry can be daunting and unfortunately, I know not everyone has the same support network. As an industry and society, greater representation of minority groups is needed to showcase the next generation of talent that they can make it, they can be who they aspire to be and love what they do every day. I hope that through my work with Adobe I can help inspire others to pursue their passions.”

Indy Selvarajah, ECD at Ketchum: “We’ve seen Little Simz in spectacular, large scale music videos, so we wanted to show her in a more intimate way. What’s more intimate than writing a love letter to the person who has made the biggest sacrifices and supported you every step of the way…her Mama.

Ultimately, with this campaign, we hope to inspire young kids (and their parents) from minority backgrounds that they can do it too.”

The film is part of the wider campaign Love the Journey where Adobe is supporting and inspiring the next generation of creative talent.

Simon Morris, senior director of marketing at Adobe, said: “Our research gives us an understanding of what is holding young people back from embarking on a creative career, despite the number of jobs predicted to be generated by the creative industry. Our goal at Adobe is to highlight the ways young people from all backgrounds can succeed in the industry, and the steps they can take to help them get there. We risk missing out on incredible talent if – as parents, role models, careers advisors, teachers and industry - we don’t equip our young people with knowledge of all the opportunities available to them, and the tools to pursue their dreams.”

With over two thirds (71%) of students sharing concerns about pursuing creative careers and nearly half (43%) wishing they had more access to creative role models; Adobe’s Love the Journey campaign champions established and rising talent in the UK to showcase the wealth of career opportunities available to young people today. It includes YouTuber and presenter for the ABB FIA Formula E World Championship, Derin Adetosoye, digital graphic designer and illustrator, Doaly, and music video editor, Samuel Dweck.