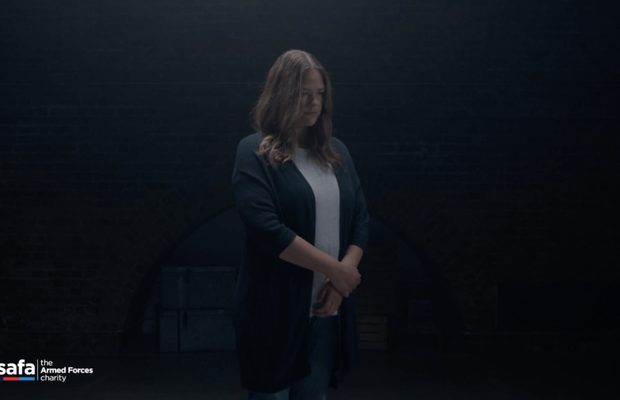 SSAFA the Armed Forces charity is back on TV after a break of several years, with a new DRTV TV advert and digital marketing campaign launched on, Thursday 7 October 2021.

It features one of their inspirational case studies, Mandy Small, who bravely tells her story through this TV and digital marketing campaign. She served proudly in the RAF for 12 years, including operational tours in Iraq. Her husband, Chris, was in the British Army and deployed to Iraq, Bosnia and Kosovo, as well as Afghanistan. When their military careers were over, Chris found he couldn’t cope and tragically took his own life. Mandy has been supported throughout by SSAFA, who provided vital practical assistance and emotional support ranging, which included covering funeral costs to arranging bereavement counselling for their son.

This 60 second launch ad will run across different Sky Channels over the next 4 weeks, and then play out from 15th November in a shortened 30 second version but also being played out on All 4 and ITV Hubs, as well as continuing with the Sky Channels.

SSAFA the Armed Forces charity is the UK’s oldest national tri-service military charity, providing support for serving personnel, veterans and their families since 1885. In 2020, they helped more than 79,000 people in need, from Second World War veterans to young men and women who have served in more recent conflicts, and their families. SSAFA understands that behind every
uniform is a person and they are there for that person, any time they are needed and in any way they are needed.

The donation / campaign page can be seen here.

Thank you to everyone involved in making this happen and the amazing team at SSAFA, Lisa Shattock, Grace Haughton, Alice Farrow, Eleanor Bruce​