Radio LBB: All the Diversity of Soho 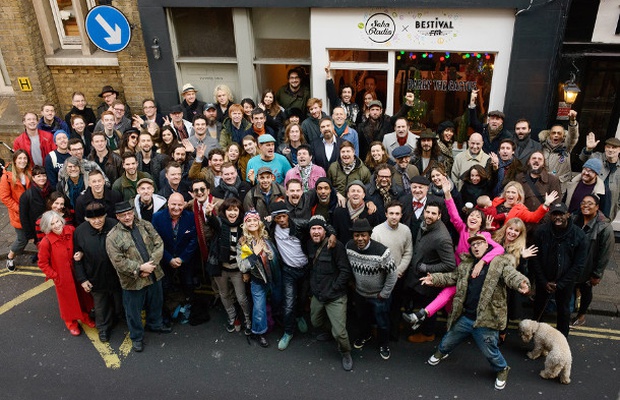 Soho Radio is an online radio station broadcasting live from Soho to the world, featuring two channels: Music & Culture. Our eclectic roster is made up of shows from the likes of music journalist Pete Paphides, dub maestro Dennis Bovell, Hacienda legend Mike Pickering and Primal Scream bassist Simone Marie. Inspired by Soho’s diverse culture, Soho Radio draws together musicians, artists, filmmakers, poets and the generally curious, from across the globe.
This playlist reflects the diversity of Soho and Soho Radio, as the station is a family of different genres and styles, all working together to create a unique sound. The choices you will hear are an amalgamation of tracks from the world-famous Ronnie Scott’s jazz club, the team behind EMI Production Music, music producer extraordinaire Shawn Lee, Soundway label manager Alice Whittington and Delia Tesileanu of Wah Wah 45s, amongst others.
Children Of Zeus - Fear Of A Flat Planet (ft. LayFullStop) – Delia says: “This is my Monday morning mantra, I have this in my headphones on my way to Soho Radio every week. Rushing through the never-ending buzzing of the area with an uplifting dose of positive vibes makes it even better.”
Donna Summer - I Feel Love (12” Version) – Alice says: “classic disco anthem beloved by the LGBTQI community who are the lifeblood of the Soho community - plus the Pride event is unmissable!”
John Cameron – Swamp Fever – EMIPM say: “In anticipation of the KPM All Stars Live show on the 6th October here’s the mighty John Cameron and Swamp Fever. Possibly the filthiest bassline in Library and beyond – and a guaranteed toe tapper. John was a guest on our 4th show.”
Diane Birch - In It For The Race -  Shawn Lee says: “I produced Diane’s new single which is the perfect combination of Stevie Nicks Fleetwood Mac, Carly Simon and Carole King.”
Head to www.sohoradiolondon.com to listen to our 24/7 global radio station, and read up about all our presenters. You should also grab yourself the Soho Radio app!