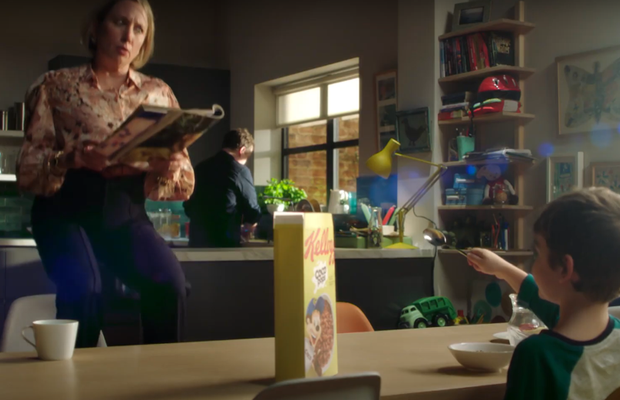 Publicis Groupe UK’s K1 team has launched a new campaign for Kellogg’s Coco Pops, bringing to life the magical power of turning the milk chocolatey at breakfast time. A digital platform engages a new digitally native audience, letting families explore a range of magic tricks that they can try at home.

‘Start the Magic’ is a multi-platform campaign that gives the Coco Pops brand a fresh, magical new look, as Coco the monkey exits his 3D animated world to make an appearance in ours.

Playing into the insight that kids find the transformation of ordinary milk into chocolatey milk in a bowl of Coco Pops quite magical, the campaign is built around a new website landing page containing films to help families learn six other magical powers at home, including: Balloon Busting, Frothing Foam, Instant Freeze, Magic Finger, Levitation and Unpopping Bubbles.

Explaining the new approach for the brand, Charlie Wilson from the K1 Publicis Groupe UK team said: “Turning the milk chocolatey is a magical moment so we wanted to put that experience right at the heart of Kellogg’s new multi-channel campaign. Magic tricks can provide endless fun for the whole family to enjoy so we wanted to tap into that with the launch of Coco Magic.’’

Brona Reddy, marketing manager at Kellogg’s said: ‘’We know that families love Coco Pops and that people have always been fascinated when their milk magically changes colour. This campaign is all about taking that Coco Pops magic into the world of our shoppers, we wanted to surprise and delight whilst introducing some really fun ideas that mums, dads and kids can try at home.’’

The new campaign comes four years after Kellogg’s reduced sugar in its Original Coco Pops by 40 per cent, to help families make healthier choices in the morning. With no artificial colours or sweeteners, the cereal also contains 30 per cent less sugar than other chocolate flavoured cereals.

A TV advert will also feature as part of the campaign, to drive awareness of the content platform.  Voiced by Matt Lucas and with music by Cass Browne from the Gorillaz, and directed by Joanna Bailey from Snapper, the ad answers the question: if you can turn milk chocolatey, what other magic can you do?  The film concludes with a call-to-action nudging viewers to search ‘Coco Magic’ which sees them taken to the digital platform where they can discover a variety of magic tricks they can do at home.

The campaign rolls out in the UK as well as Italy, Republic of Ireland and Greece. Carat is handling the media buying.