Dads show off their dance moves in campaign from BBH London 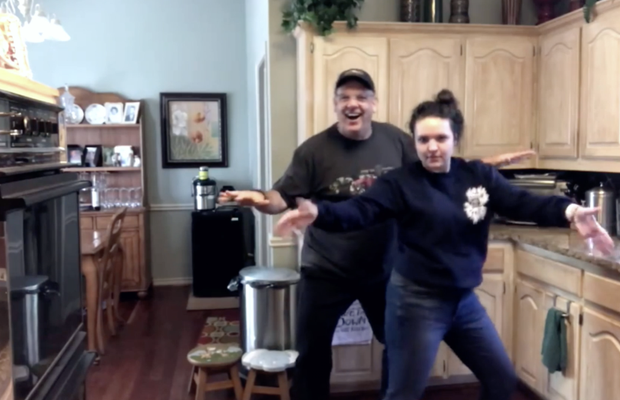 Ahead of Father’s Day this Sunday 20th June, men’s health charity Prostate Cancer UK is launching a fully integrated campaign aiming to raise donations and help the charity save more dads from the deadly disease.

For the last 14 months, many of us have been unable to spend time with our fathers. We have missed that physical interaction; that hand on the shoulder, that face to face conversation, that hug. But more importantly, we’ve missed those impeccable dad dancing moves and those 'I wish I didn’t find that so funny' dad jokes.

For some, however, that’s a day-to-day reality. With one man dying every 45 minutes in the UK of prostate cancer, millions of people across the UK will be using Father’s Day as a moment to remember and reminisce, celebrating the fond memories they have of their fathers.

Tapping into the much-loved craze of ‘Dad Dancing’ on TikTok and YouTube, BBH has created a UGC-led film which celebrates dads, featuring real-life footage of them showing off their dance moves. The social film, created by Jennifer Ashton & Oliver Short, is set to the track ‘The Key The Secret’ by Urban Cookie Collective. It features some much-loved faces, including a member of all-dad dance crew The Outta Puff Daddys. The Brighton-based crew formed in 2012 and have been an avid supporter of the charity for many years.

In a poignant moment in the final scene, viewers see a girl dancing alone, with a space for her dad by her side. As the music pauses, a line appears which reads ‘Imagine a day without our fathers’ before the father reappears and continues dancing with his daughter. The media was planned and booked by the7stars and launches on Monday 14 June across TV, BVOD, digital OOH, online video and social media.

The campaign also features a PR activation, in partnership with pizza delivery chain Papa John’s. In a first for the brand, they will be taking away their ‘Papa’ to highlight the fathers, dads and papas that are taken from us by the disease. They’ll be dropping ‘Papa’ from their logo from 17th to Father’s Day on 20th June, across all their social channels and website.

Finally, a nationwide DOOH campaign will run across shopping malls, pubs, and Clear Channel's large format Storm network including the iconic Chiswick Towers site. The executions feature loveable ‘Dadisms’ as headlines such as ‘Dad dancing’ and ‘Dad jokes’, with the word ‘dad’ crossed out. Under each, the ads read ‘Imagine a day without our fathers. Help save more dads this Father’s Day’ with a link to donate via Prostate Cancer UK’s website.

Donations to the charity are crucial as it funds vital research to stop prostate cancer killing men. The charity invests millions to find better treatments and better tests that can spot fast-growing cancers early, and could be used in a screening programme to save thousands of lives.

Ali Day, director of communications at Prostate Cancer UK, said: “This campaign aims to encourage people to imagine what life would be like without fathers; without the selfless, funny, brilliant things they do that make them great - the care, the jokes, the dancing, the things we miss when they’re lost too soon.”

“We need to get an important message out there and connect with men and their families across the UK, and there is no better way to do this than through the reach of a multi-faceted and nationwide approach at a symbolic time of year, Father’s Day.”

“We’re incredibly grateful for the support from all our partners with not just backing this campaign, but really getting behind Prostate Cancer UK and its mission to create a future where lives are not limited by prostate cancer.”

Nick Gill, BBH creative director, added: “We’re very proud of the important work we do with our amazing client, Prostate Cancer UK. This campaign builds on the ‘Men, we are with you’ message we’ve been delivering. It reminds everyone, this Fathers Day period, that life wouldn’t be the same without our Dads. The campaign retains the warm, positive tone-of-voice we’ve struck in previous coms. It’s important for everyone to know that with enough support and funding, prostate cancer can be beaten.”

Giles Codd, senior director of marketing at Papa John’s, added: “As Father’s Day approaches, we’ve teamed up with Prostate Cancer UK to help raise awareness of all of the men and dads we lose to prostate cancer, every day. You’ll notice we’ve removed the ‘Papa’ from our logo, it’s no mistake. We want to spread the word and give the opportunity for our customers to help support the cause too via our fundraising page.

“To help raise further funds, we’ve kick started the fundraising ourselves, as well as an inspiring member of the Papa John’s family contributing to thisthrough a sponsored cycle from York to Lincoln and back in a single day.”