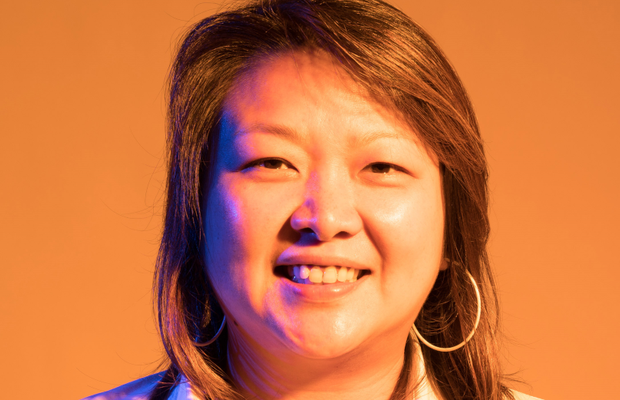 BBH Singapore’s Wendi Chong has had a celebrated career. The now head of production started out as a producer for Coca Cola for the 2008 Beijing Olympics before moving to Ogilvy and working on television and Unilever. She joined the BBH Singapore team in 2011 as a producer where she has been ever since.
Here she shares her production journey, advice to those joining the industry and why planning is key to her.

LBB> What lasting impact has the experience of the pandemic had on how you and your agency think about and approach production?

Wendi> We had to almost totally reinvent how we work so that production could carry on throughout lockdown. This took the form of everything from sending equipment which was set up and could be used without a lot of technical knowledge to wherever our talent was spending lockdown, to staying on top of the situation in other countries so we always knew what possibilities existed for remote shoots.
It also meant a lot more work-in-progress meetings. With the Virtual Sentosa project, for example, we were catching up every morning and evening, just to make sure we stayed on top of things and achieved our vision for the campaign.
Even though the situation is getting easier, there are still many travel restrictions. As a result I’m learning a lot about the world! For example, we had a shoot planned recently for a Manila-based client when the Philippines went back into total lockdown. It turns out that New York City has one of the biggest Filipino communities outside the country, so we ended up going ahead with the shoot, just in a different country (and, unfortunately for our team in Singapore, a very different timezone!).

LBB> Aside from Covid-19, what have been the most disruptive forces to hit agency production in the past few years?

Wendi> The ever increasing demand for video content and the huge shift in how it’s consumed have completely transformed our work. While I agree it’s been disruptive, I’d dispute that it’s ‘hit’ agency production. While that sounds quite negative – it’s been an exciting time to be in our business, I’m not sure I’d swap for another era even if it were possible!

LBB> A good producer should be able to produce for any medium, from film to events to digital. Do you agree or disagree with this statement? Why/why not?

Wendi> I disagree. A producer at the top of their game has a very specialised skill set. So you could be great at short films but lack the knowledge to execute digital campaigns. What’s more, with technology moving at such a fast pace, it’s hard to keep up with the latest trends in each discipline, whether film, TV, digital, social, experimental, virtual events and so on. This is where it’s important to have an amazing network of producers and production partners that are at the top of their game in their fields so we can still produce in any medium for our clients.

LBB> And, leading on from that, when it comes to building up your team at the agency, what’s your view on the balance of specialists vs generalists?

Wendi> Everyone is given a chance to see where their unique strengths lie and then pursue the area they are most passionate about. So my view is to tend towards specialists but with the mindset that we are always adding to our skill sets. For me personally, this means I’m currently learning a lot about gaming and other forms of virtual production that I didn’t know before!

LBB> What’s your own pathway to production? When you started out, what sort of work were you producing and what lessons have stayed with you in that time?

Wendi> I’ve always been one of those people who is curious about how things are made or how they’re done, and I took that attitude with me when I was starting out in production, at a project supporting Coca-Cola’s sponsorship in the run up to the Beijing Olympics. I viewed every job as having a valuable lesson, even if that was buying the coffee or other seemingly menial jobs that need to be done on set.
Viewing everything as a learning opportunity has really paid off. Shoots involve long hours and can get very tense sometimes. But being able to assess the situation and handle it is something textbooks can’t teach you, it’s experience you gain as you go along which allows you to grow.

LBB> If you compare your role to the role of the heads of TV/heads of production when you first joined the industry, what do you think are the most striking or interesting changes (and what surprising things have stayed the same?)

Wendi> Of course there have been so many huge changes in technology, but I’m fascinated that so much has stayed the same. Which is to say that at the end of the day, what really makes projects happen are perseverance and patience.

LBB> There are so many models for the way production is organised in the advertising industry - what set-ups have you found to be the most successful and why?

Wendi> Successful models are the ones that are built around an effective communication system. As producers usually work with so many different people on projects, it’s vital to have an open dialogue and talk about the work right throughout the process. That way if there are any doubts, they can be discussed before they become issues.

LBB> What are your thoughts on the involvement of procurement in production?

Wendi> I know some people complain about it but I find that if we make it clear why we’re justified in our need for certain costs, things go fine with procurement teams. And it’s always interesting to get a glimpse into how different projects and rate cards work in other markets.

LBB> When it comes to educating producers how does your agency like to approach this?

Wendi> It’s important to give new starters an understanding of how the agency operates so they can become involved, find mentors and build knowledge and relationships. In some areas this could be through in-house or external training, but there’s not a huge amount of structured courses that are useful as it requires a very hands-on set of skills which you have to acquire along the way.

LBB> What new skills have you had to add to the team as a result of the pandemic?

Wendi> We’ve developed obvious technical skills such as using telecommunication and remote video shoot and review setups, and how to use them to manage productions around the world. But I’m also realising that we’ve also learnt to be more proactive and initiate chats with people, both within the agency and beyond, especially when it comes to reaching out to possible collaborators to make remote production possible.

LBB> Should production have a seat in the c-suite - and why?

Wendi> Yes! The work being produced represents not just our clients, but the agency itself. Also, I’d argue that the production skillset and our commitment to working to the highest standards can be applied to running the agency, especially when it comes to executing ideas within the organisation.

LBB> Clients’ thirst for content seems to be unquenchable - and they need content that’s fast and responsive! What’s the key to creating LOTS of stuff at SPEED - without sacrificing production values? Is it even possible?

Wendi> Planning is paramount. If we have strong planning around the content that we want to produce, we can set it up to be repeatable and modular and ensure that the production value meets expectations.

LBB> To what extent is production strategic - traditionally it’s the part that comes at the ‘end’ of the agency process, but it seems in many cases production is a valuable voice to have right up top - what are your thoughts/experiences of this?

Wendi> I’m blessed to be part of an agency where creatives and business leadership always involve producers from day one to understand what is feasible or viable. Sometimes we do suggest that maybe we can do it this way or that and that’s incorporated into the work we present to the clients. There can be changes in the landscape of how we sell the idea to the client, and across different media platforms, and production can help play a role there.

LBB> What’s the most exciting thing about working in production right now?

Wendi> The fact that anything and everything can be done remotely from anywhere in the world! And relatedly, the tech developments this is driving. At the moment, we’re exploring how to deal with grading colours when we’re not all in the same room looking at the same monitor. There are pre-sets of course but they only go so far to solve the problem, and it’s challenging to explain differences to each other in words. It’s exciting to work on a fix though.

LBB> And what advice would you give to an aspiring agency producer?

Wendi> Be open and learn as much as you can when given a chance. You can never know everything – even after more than 15 years I learn something new every day.