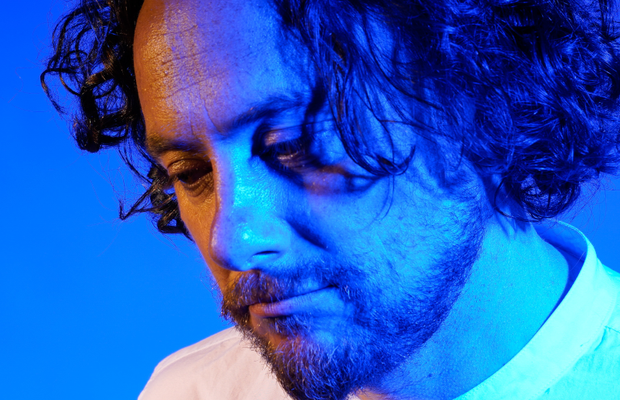 Jacob Wright, CSO at BBH Singapore, has over 20 years’ experience as a strategist, split between Asia and the UK, with the bulk of his career spent on global projects for global brands including Coca-Cola, Johnny Walker, Jollibee, Gucci and Stella Artois. Since 2005 he has focused on digital media and innovation, including two stints at tech start-ups. He's proud to say that he's had hit campaigns on every earned media platform from SMS to TikTok. This is Jacob's second time around at BBH Singapore - he also worked at Droga5, Mother and VCCP before deciding he'd been a Black Sheep all along.

LBB> What do you think is the difference between a strategist and a planner? Is there one?

Jacob> Functionally, no, they are all people who turn business objectives into communication ideas.  But it says a lot about a person which description they prefer.  "Strategists" like the idea of being deep thinkers, of uncovering a secret organising narrative, of sitting at the top table directing armies across the map.  "Planners" dig neatness, organisation, method.  It's humbler (and therefore more fashionable of late).

LBB> And which description do you think suits the way you work best?

Jacob> I am a big believer in sacrifice, focus, reduction and simplicity.  So I’m a strategist.

LBB> We’re used to hearing about the best creative advertising campaigns, but what’s your favourite historic campaign from a strategic perspective? One that you feel demonstrates great strategy?

Jacob> There are so many but one that really jumps out at me from recent years is Tito's Vodka.  They were in an unfashionable category that was declining versus brown spirits, and in all probability nobody can tell their product from its competitors in a blind taste test, so any success is essentially only down to marketing.
Vodka marketing was stuck in this high energy party world, where everyone was young and fabulous and voguing down the street at midnight. But the truth is most vodka is drunk at home, and most vodka drinkers are not fashionable 25 year olds.  Tito's turned the whole category on its head with their "vodka for dog people" strategy. This is genius because it defines the audience in a totally different way, creates a low-key brand world that is the polar opposite of the vodka clichés and does it by combining two things that nobody ever thought to put together before.
The logic behind this campaign goes against prevailing fashions in almost every way and has wiped the floor with all the big brands as a result.  It'll never win a creative award but it's an elegant and daring piece of strategic thinking, executed with great consistency and has been incredibly effective.

LBB> When you’re turning a business brief into something that can inform an inspiring creative campaign, do you find the most useful resource to draw on?

Jacob> An inspiring brief is one that comes at the problem differently.  Every person working on that product category, globally, is trying to solve the same problem and looking at essentially the same data.  Our brains are wonderful magical devices but if you put the same stuff in, you usually get the same stuff out, no matter how much of a genius you are.
So you need to bring in something different that changes your perspective, because what makes a brief inspiring is to look at the problem or product differently.  My method is to immerse myself in the data that’s there, because you can’t afford not to, and then look at something totally different.  Current affairs, science papers, economics, fantasy novels, rap music, catching public transport and listening to people talk - almost anything will work.  Then come back to the client brief with that in mind and 90% of the time you’ll have a new way of looking at the problem that can take you somewhere different.  So it’s the client’s brief, and the world outside of advertising, those are the two most important inputs.

LBB> What part of your job/the strategic process do you enjoy the most?

Jacob> There are two moments in the strategic process that I revel in.  The first is the flow state you get into after about 40 minutes of digging through stats and compiling spreadsheets when it starts to feel like you’re dancing with the numbers and have hit upon the secret DNA of the universe.  I can hit that moment and time just flies by and before I realise it’s three hours later and I’ve missed several meetings.  The second is when you’ve gotten to something really interesting and you share it with the creative director and they like it too.  That moment is magical because the world is full of possibilities - the campaign could be literally anything and you wander together through fields of dreams.

LBB> What strategic maxims, frameworks or principles do you find yourself going back to over and over again? Why are they so useful?

Jacob> I don’t know who said it, but the truest words ever spoken are “it’s not a strategy until you write it down.”  Write the strategy out in plain English.  Don’t name the audience, don’t describe the objective as anything other than selling more stuff, strip it all back to what it’s got to do to really work.  Then do it 10 more times until you’ve made it as simple as possible.  There is absolutely no substitute for this process and it will always make the work better.  Your brain will 100% tell you that you don’t need to do it this time, and then you’ll realise two days later you were wrong and have to do it anyway.

LBB> What sort of creatives do you like to work with? As a strategist, what do you want them to do with the information you give them?

LBB> There’s a negative stereotype about strategy being used to validate creative ideas, rather than as a resource to inform them and make sure they’re effective. How do you make sure the agency gets this the right way round?

Jacob> The thing about strategy is it’s only ever a hypothesis.  It’s your best guess at how to solve the client’s problem, to make it easier to get to a great ad.  If you get to a great ad without following the strategy you’ve solved the problem so that’s a good result.  It’s harder to sell to the client and bruising to the strategist’s ego, but it’s still a good result.  So it’s not always a bad thing when strategy is used to validate creative ideas.  The key thing is whether the idea is solving the client’s problem.  So you need to be flexible about the method, but inflexible about the desired outcome.

LBB> What have you found to be the most important consideration in recruiting and nurturing strategic talent? And how has Covid changed the way you think about this?

Jacob> I look for strategists who surprise me.  Who tell me something I didn’t know, who approach their work in a way I’ve not seen before, who’re reading a book I’ve not heard of. Ultimately our job always boils down to finding new ways to do the same thing, so people have to be able to get to different.  Everything else can be taught.  Covid has changed nothing about this.

LBB> In recent years it seems like effectiveness awards have grown in prestige and agencies have paid more attention to them. How do you think this has impacted on how strategists work and the way they are perceived?

Jacob> This has been a blessing and a curse.  It’s a blessing because there are, for the first time since the ‘90s, some good solid rules of thumb are emerging about how advertising works and how to approach it.  The emergence of digital shattered our consensus and shared language, making the work so much harder. The work of people like Jenni Romaniuk, Binet and Field and Mark Ritson is gradually giving us a firm base to work from again.  It’s a curse because, as with all forms of statistics, you can find a case study to prove virtually any point you want to make.  The next challenge is for us to be more critical about auditing and comparing case studies so that we can stop perpetuating “fake news”.

LBB> Do you have any frustrations with planning/strategy as a discipline?

Jacob> Agencies systematically undervalue and undercharge for strategy compared with how important it is to clients.  We are guilty of giving it away for free in order to sell creative time.  If we don’t sort this out, all the strategy talent will leave agencies and go freelance.

LBB> What advice would you give to anyone considering a career as a strategist/planner?

Jacob> Learn the rules, then learn how to break them.  The best place to do that is in a place with an unbroken chain of strategy masters - where the current leadership learned at the feet of the previous generation.  There’s no substitute for this “folk knowledge” and you can’t get it from a book.