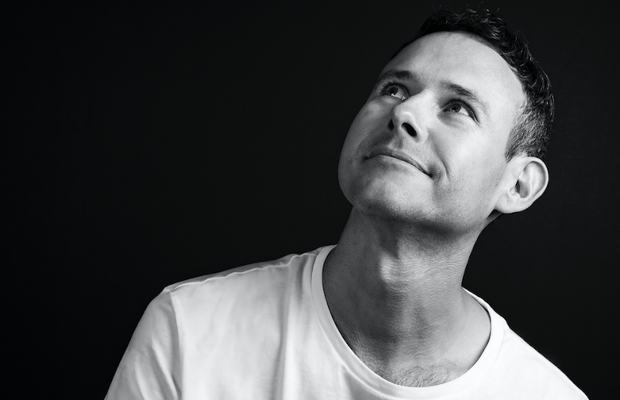 Wayne Smith currently works as a copywriter out of Ogilvy Brisbane. With a love affair that started as a junior writer for a regional radio network, his work has taken him on a creative tour duty that includes London, Munich and back to Australia.
In an age where touch is taboo, could brands get 'all the feels' through the power of sound? Wayne invites us to fire up our imaginations and explore an idea that's completely out of this world - one that could literally send shockwaves through radio creative as we know it.
Here's one for you. What do space junk, healing crystals and radio ads have in common? I'll come back to you in a bit. But firstly, full disclosure – I worked as a radio copywriter in a previous life. This may prove helpful in understanding my biased love for the power of sound.
So, where were we?
Nikola Tesla once said: "If you want to find the secrets of the universe, think in terms of energy, frequency and vibration." That got me thinking about a great piece of work created by Nick Ryan, who I consider to be the Willy Wonka of sound design and somewhat a personal hero. I think he'd feel embarrassed by such a claim, but he is a true master of everything audio.
One of Nick's many sense-bending collaborations goes by the name of Machine 9. This handcrafted electromechanical sound instrument tracked 27,000 pieces of orbiting space junk in a bid to highlight the issue of global sustainability. Machine 9 brought the silent world of space junk out of its vacuum and into a phonic world, where each piece of debris created its own unique sonic signature. I urge you to look it up.
Why does this matter?
Well, the intelligentsia believes everything in our universe has a natural frequency. Meaning everything has the potential to generate a sound. Naturally, in space, no one can hear you, but what about closer to home? What would the physicality of our client's products sound like? I'm not talking about the refreshing fizz of the fizziest drink or crunch of the crunchiest chicken coating; I'm talking about an object's ability to project a sonic signature influenced by its form.
Of course, vibrations that autonomously emit from non-living elements is nothing new. Rightly or wrongly, many claim gemstones and crystals transmit electromagnetic vibrations, but do they? Depends on how your waves behave.
Hearing sound is a physical phenomenon (if a tree falls in the woods…yadda-yadda), meaning we need to be at the receiving end of sound waves to capture it, then have our eardrum and brain process it. The question isn't whether all things have a 'sound', it's a question of whether all things can vibrate the air around them - unassisted - to create enough disturbance to then form an infrasound or ultrasound vibration. I'm sure someone has the hard science around this, or at least the ability to articulate it better than I ever could.
*apologises to all smart folk out there recoiling in horror at my butchering of this concept (you'll love this next bit).
Did someone say 'piezoelectricity'?
Glad you asked. Before we dismiss the idea that all matter can produce vibrations/sounds (I'm looking at you, healing crystals), we need to pay a quick visit to Pierre and Jacques Curie who, in the late 1800s, discovered they could create electricity through various crystals. Dubbed 'The Piezoelectric Effect', the brothers found that when you applied force to crude materials such as quartz, topaz and even cane sugar; the mechanical strain would result in electrical potential. So yes, crystals can produce energy, but we need to prompt it out of them.
That's not what this is about.
Hold Einstein's beer for a moment. He said: "Everything is energy, and that's all there is to it". My barstool logic would take that as meaning everything has a sonic fingerprint. After all, energy produces vibrations which in turn creates sound. The thought of that ever being a reality is hugely exciting. It adds another element to radio and sound's ability to cross the lines of physical limitations. It would mean we would be able to really sense and feel the form of a product in some new and unchartered manner through sound – one that's not been composed or produced in a studio.
Is there any commercial value to it?
I don't profess to be a physicist or mystic healer, but this idea of inanimate objects carrying their own unique fingerprint in sound is fascinating. If there are merit and truth to it, then I can't wait to hear something special on-air leading up to Valentine's Day (heads up, high street jewellers). You could quite literally say it with diamonds.
Whichever way it goes, today is not the day to crack it. For now, I'll just put it out to the universe, along with the floating spatulas, the dead satellites and chakra stones.
- Wayne Smith, copywriter, Ogilvy Brisbane