Ana Leão, managing director of Isobar Brazil delves into the relationship gender has to the working world 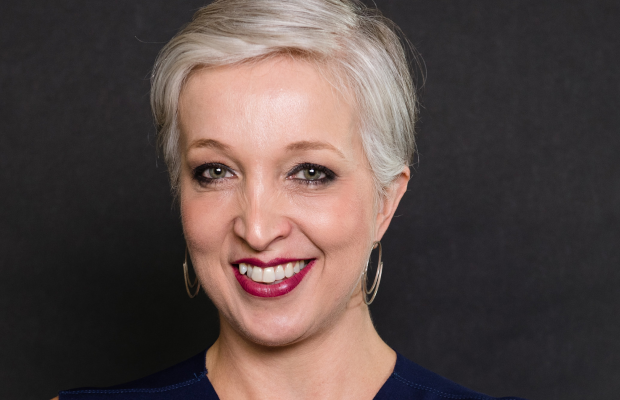 Ana Leão, managing director Isobar Brazil has more than 25 years of career and  vast multidisciplinary experience in the advertising market. In the last 6 years, Ana been responsible for two start-up companies, and added to her skills, promotions, events and digital experience. Since 2016,  she had led the HUB of the Dentsu Aegis Network for General Motors and, more recently, since 2019, leads Isobar Brazil. She holds an MBA from Dom Cabral and the University of British Columbia.

Here, Ana discusses when her gender becomes irrelevant to the world.

Over the last year of my life, as the general director of the agency where I work, I have been fortunate to have plenty of people show interest in my opinion on several topics, but mainly in my opinion as a female leader.

I have been repeatedly asked: what kind of differential do women bring to the business world? What is the difference between leading a company as a woman or as a man? Do people think that negotiating with women is easier or more enjoyable? And other related issues.

The recurrence of this approach has led me to wonder about how entrenched expectations of gender and leadership are, and how often it is invisible to many of us - especially women. For example, at work no one ever asks a man about what he brings to the table because of his gender, or if negotiating with men is easier or more difficult, or what it is like to lead a company as a man.

People are more interested in my opinion because of the rarity of my position than my vision as a leader of a business. Especially, because the business I lead is outside of the traditional ‘female’ domain – for example, a successful chain of beauty parlors or a cake factory franchise. And as a result, I’ve become a talking point because I am a woman leading a creative agency business.

This has not discouraged me - quite the contrary – it has made me realise that I shouldn’t waste my acquired privilege as a leader of an agency. I should take advantage of what differentiates me as a leader, but at the same time I want to show why this perception bias must end. I suspect this will only happen when the presence of women in positions predominantly held by men is no longer so rare and noteworthy.

If the questions about being a female leader persist, it is because the answer needs to be repeated tirelessly. Firstly, I want to share the perspective I bring as a leader at a large company in the advertising market. My path has been filled with successes, failures, and learnings, and I want to share my competence, my commitment, my vision of the market, and how I can operate in it in a constructive, transformative way. The second set of questions relate to the relationships I’ve built during this journey.

However, that said, being a woman does affect my role in many ways. That’s when the discussion gets serious: I know that the stereotypical assumptions we have about people is not just around gender. It unfolds into other complexities that reveal the ill-concealed face of sexism, racism, homophobia, classism, prejudice against solo mothers, people over 50, and more. I want to own my own bias – I cannot disregard the fact that I may also have (incorrectly) acted with racial, social, or gender bias. Because from my non-POC, non-destitute, non-queer place, it is very easy to forget that these traits that constrain individual progress. I recognize that other people have to overcome their own, much more as than my own as a woman, a solo mother, and being 50 years old.

Despite all this, I believe the world today is a better world for all of us. The way communication has changed in recent years with hyperconnectivity, allowing social networks to turn on a blaring loudspeaker at top volume that amplifies the voices of each person who has been hampered for being a woman, for being gay, or poor, or a solo mother, or over 50, or not white. It should make it increasingly difficult to ignore their claims.

The right to equality, a human right

The nature of successful ecosystems is to find a balance, a state in which the relative populations of different species remain constant. Ecological balance is dynamic, since it is subjected to the constant change in relationships between living beings, any imbalance can be destructive and can cause the extinction of species. It puts the full development of people and society at risk. It is this balance that we must pursue and protect in order to guarantee a better world for future generations.

The beauty of this dilemma is that the ones with fewer privileges can only be granted access by those who already have it. Admitting our bias is the first step towards change. Understanding ourselves as sexist, racist, homophobic, prejudiced against what is opposite or different from us, and feeling uncomfortable are what will actually make us effective agents in eradicating prejudices and finding the necessary balance.

It is imperative that we drive equality in our companies, at all levels, to include a generation of new women - and queer people, and people of color, and people of all ages and from all socioeconomic backgrounds. We can do this by means of structured programs and corporate policies supported by the leaders, and not just because of our goodwill. We need to raise our men to be ready to see women rightfully as equals. This is the world that I want. A world in which no woman needs to answer any question that would not be asked to a man in the same position.

The Work That Made Me: Daniel Sytsma