Oriental Brewery Encourages Us to FilGOOD despite Life's Little Frustrations

BBH China launches the comedic campaign for the Happoshu brand 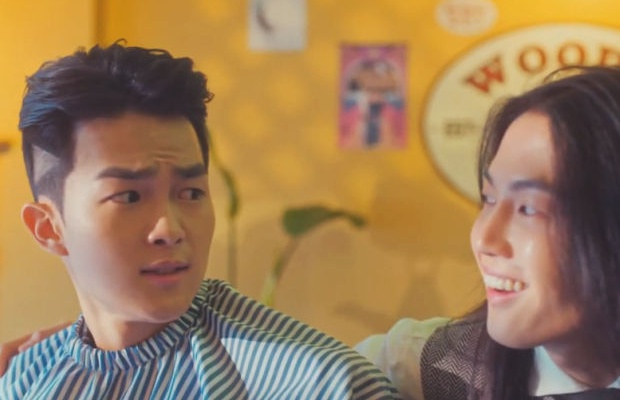 When your hairstylist botches your haircut and you are feeling annoyed, what do you do? You 'FiLGOOD'.
Oriental Brewery(OB), the oldest and largest beer brewery in Korea, has partnered with BBH China to develop a cheery launch campaign for FiLGOOD, a Happoshu targeted at young adults in the country. 'Happoshu' is a value-priced, beer-like alcohol with a low malt content. Popular in Japan, it is a relatively new category in South Korea.
Using the tagline 'Don’t Worry, FiLGOOD', the TVC shows how a young man’s desire for a trendy haircut goes comically wrong, all thanks to an over-enthusiastic hairstylist. A flick of the tail of the brand’s mascot, a giant whale on a mission to weed out all negativity, bats the errant hairstylist away. A can of FiLGOOD comes to the man's rescue, turning his annoyance into exultation, a moment accompanied by James Brown’s instantly recognisable 1964 classic hit song, “I Feel Good”.
A new term ‘Gap Boon Good (갑분굿)’ or ‘suddenly the atmosphere feels good’, a wordplay on a trendy Korean neologism was specially coined for this campaign.
Dana Park, associate director of innovation and insight, OB Brewery, said: “FiLGOOD is one of the first labelled Happoshu launched in the South Korean market and we wanted to make a splash with a cool and edgy campaign that resonates with our target audience, which is all about having a good time.”
Arthur Tsang, chief creative officer, BBH China, said: “The FiLGOOD campaign celebrates the innate optimism of young people so needed in Korea today, “Kicking bad out” with the FiLGOOD whale keeps the tone humorous and youthful and reminds our drinkers to appreciate the small joys of life. It’s never really so bad when you can get a great tasting product at such great value.”
In addition to the TVC, the current campaign is supported by print, digital videos and POSM.