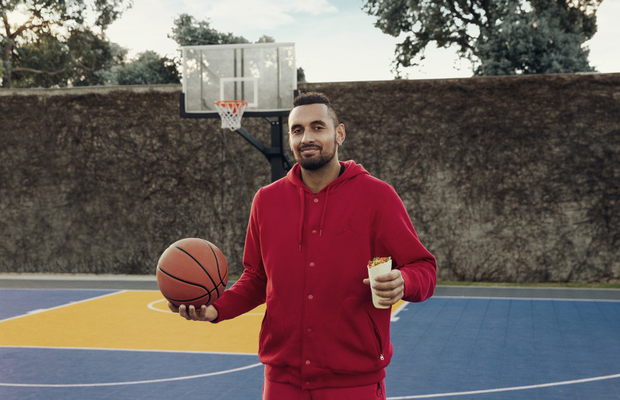 UK’s leading Mexican food brand Old El Paso is bringing back its #MessFreeChallenge campaign in support of FareShare[1], the UK’s largest charity fighting hunger and food waste, The previous challenge which saw Old El Paso partner with leading sports stars in a social challenge to donate 20,000 meal kits to vulnerable people across the UK last year and over 100,000 donations worldwide

Switching courts from tennis to basketball for its second iteration, the new Slam Dunk #MessFreeChallenge kicks off this summer with a basketball-themed social media centric activation supported by a pop-up billboard complete with a basketball hoop landing at London’s Westfield Stratford on 28th July.

Fans at Westfield will be invited to grab a free Old El Paso Tortilla Pocket from the Old El Paso food truck and show off their best slam dunk – all while keeping the pocket free of spillage (Mexican made easier by its revolutionary sealed bottom) which will be captured on a special dunk cam. Set to take on the challenge will be Diversity Dance Troop members and basketball loving brothers Ashley and Jordan Banjo, who will be promoting the challenge through Instagram to their combined audience of 1.5M+.

Every dunk scored will allow Old El Paso to donate 10 Mexican meal products* to FareShare, and fans can further double the donations* by sharing their dunk cam moments on Instagram with the #MessFreeChallenge hashtag. Fans who cannot be at Westfield can also share their own challenges from their homes and local courts any of which will be eligible for 10 donations* from Old El Paso. Through the initiative, the brand is hoping to donate over 35,000 products to support UK families in need. 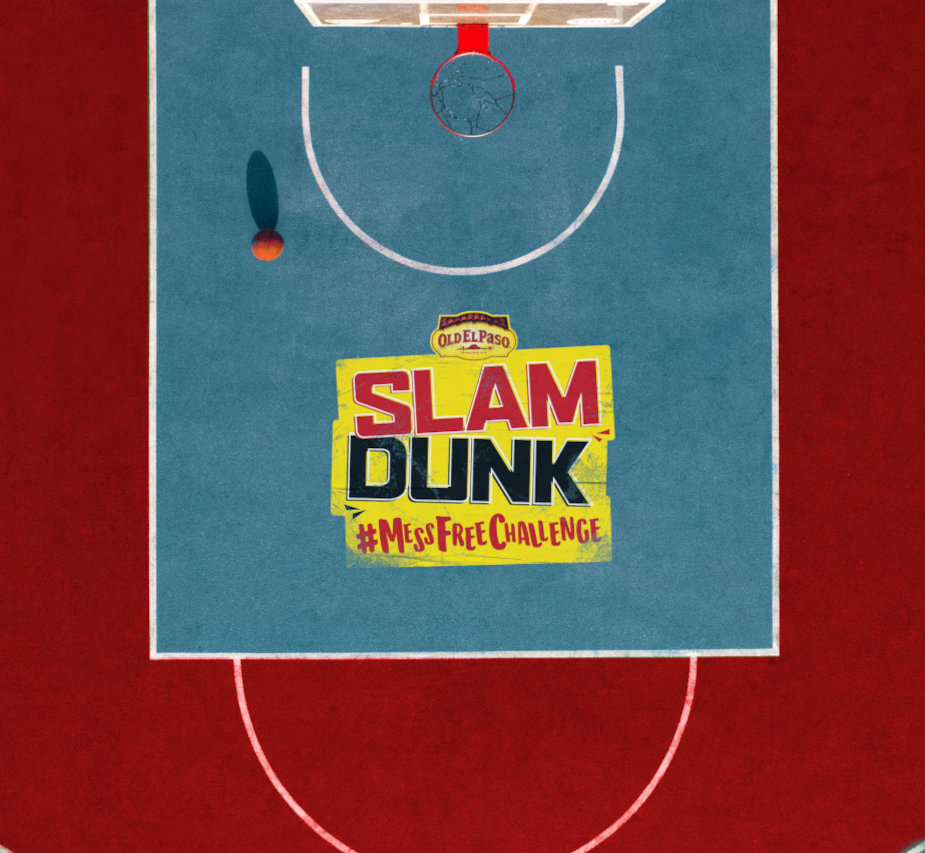 Just like the previous campaign, the Slam Dunk #MessFreeChallenge is part of a global initiative that uses social influence for good to help fight food insecurity. Australian, tennis star Nick Kyrgios who is a well-known basketball fanatic once again partnered with Old El Paso to lead the campaign on social and raise donations for Food Bank Australia with his NK Foundation. Kyrgios kicked off proceedings few days after his return to tour on the grass courts of Wimbledon by performing his own ‘mess-free Slam Dunk’ on the basketball court, before calling out the basketball community to get behind the challenge

In direct response to Nick’s Instagram post, several basketball stars across generations have picked up the challenge including legends like Tony Parker from France and Andrew Bogut from Australia, popular Swiss star Thabo Sefolosha as well as current players like French Olympian Sandrine Gruda and New Zealand Breakers and Tall Black Tom Abercrombie all of whom have pledged donations to their local foodbanks while encouraging their followers to get behind it and challenging their peers. UK’s basketball community representation is being fronted by Britain’s only ever WNBA champion Temi Fagbenle, who also represented Team GB in London 2012 who will be pledging 4,000 donations to Fare Share for her challenge.

So far nearly 80,000 donations have been made to food banks across the globe with the basketball community as part of the challenge, with Old EL Paso™ setting out a goal to double its donations globally to reach 200k by the end of the challenge.

Head of brand experience at Old El Paso, Sarah Hanley said: “We at Old El Paso are thrilled to take our Slam Dunk #MessFreeChallenge up a notch this year, extending the reach of the campaign in the UK with our interactive billboard activation and having the support of influential sports and cultural figures such as Temi Fagbenle and the Banjo Brothers to help us in our efforts to fight food insecurity!

“The success of our first #MessFreeChallenge was so inspiring, and we’re hoping to top last year’s donations with a greater figure of over 30,000 this year to our local partner Fare Share. We cannot wait to see the Slam Dunk gather momentum across social media. The more people that get involved, the more donations we can make to support vulnerable UK families, which is a key tenet for us as a brand and company to be a real force for good.

‘’The Mess Free Challenge campaign has been conceptualised by independent Australian agency Thinkerbell with the UK experiential activation idea being delivered by London-based Space.’’