“Now Isn’t The Time To Be Fearful”: Chimney APAC On The Link Between Polarization And Great Creativity

Chimney APAC’s MD Camilla Andersen and head of production Jasmyn Asvat on the importance of authenticity in creativity, and why being a ‘shit-stirrer’ isn’t always a bad thing... 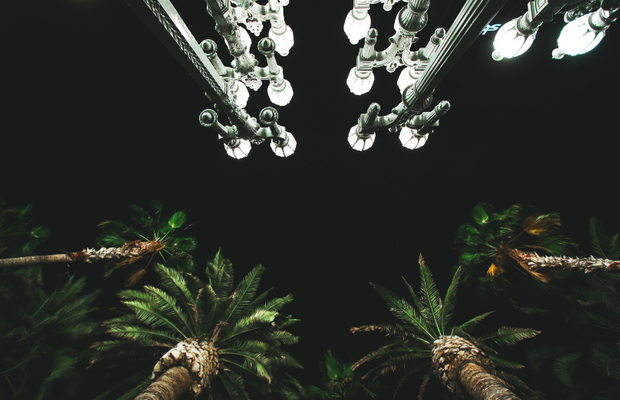 “We all can slip into a ‘default mode’ at times when we’re working. It’s as if we’re hard-wired to live our lives via routine, so there’s no shame in falling into that every now and again. Great creativity, though, comes from hauling yourself out of that and exposing yourself to something new, maybe something uncomfortable. That’s what we try to cultivate at Chimney”.

Camilla Andersen, Chimney’s APAC CEO, is no stranger to great creativity. Or, for that matter, to trying new things. Having worked in a variety of creative roles across four different continents (including self-funding her own travel show, Julian and Camilla’s World Odyssey), there are few people better-placed to identify the value of pushing at your own professional boundaries and understanding.

To help with this, Camilla explains, there is an inherent benefit to strong or ‘polarizing’ opinions and personalities. Within her team at Chimney APAC, Camilla has sought to strike a balance between polarizing viewpoints in order to disrupt that ‘default mode’, and generate a regular stream of fresh ideas. Today, that means that Chimney is keeping an eye out for top ‘polarising’ talent from around the world as the company looks to add to its team.

“One of the most important things to be aware of is that we’re not looking at polarization for its own sake”, Camilla notes. “It needs to be genuine, and it needs to be in service of an idea rather than an ego”.

Indeed, that ‘polarizing’ personality trait is not a byword for being negative or confrontational. “There’s a balance to be struck, of course”, says Camilla. “But it’s not hard to tell when a passionate belief is coming from a healthy or unhealthy place. It’s inspiring to work with people who believe passionately in their ideas, but not with someone who says we should use red instead of black because they just think it’s a better colour”.

For Jasmyn Asvat, head of production at Chimney APAC, one of the reasons a polarizing viewpoint is creatively advantageous is its innate link to taking risks. “Staying in the middle ground is one sure-fire way to ensure creativity and innovation doesn’t happen”, she explains. “When you have people dragging an idea between different polarities, it’s the tension arising from that which creates the best results”.

When it comes to successful creative projects underpinned by polarizing attitudes, it’s not hard to find high-profile examples. “The one I always seem to come back to when explaining this point is Massive Attack”, says Camilla. “They quite famously don’t really get on at all, but despite their differences and polarising worldviews they each have an underlying respect and willingness to engage with ideas they don’t agree with”.

Speaking to Innerviews in 1998, Massive Attack’s Robert Del Naja explained that “we have integrity and creativity and we respect each other’s personalities even though they’re difficult and we hate each other for the same reasons. It’s such a fucking average situation, it’s like any marriage”. Del Naja was speaking six months following the release of Mezzanine, cited by many as the band’s greatest album.

Reacting to that quote, Camilla nods approvingly; “it’s not quite how I would word it in the professional sense! But yeah, that’s the general idea”.

For Jasmyn, there’s another clear advantage when it comes to working amongst polarising personalities - authenticity. “Having that tolerance in the workplace for strong attitudes creates an environment in which we all feel we have permission to be our most authentic selves”, she explains. “It’s not easy to be authentic when we are being pulled in so many directions by the pressures of day-to-day life. But that authenticity, for me, is such a key ingredient when it comes to creativity. You have to be authentic and true to what you believe in, otherwise why would you fight for it? One of the best things about working at Chimney is that they’ve hit on that balance.”

In order to assemble a team containing authentically polarising worldviews, Chimney and Camilla have put the focus on diversity. “Diversity is something that we feel has always been a strength of ours”, notes Camilla, “but we’ve recently gone through an audit, though an outside agency, to show just how diverse we are, and what we can be doing to improve”.

For Camilla, a diverse workplace is a sure-fire path to diversity of thought. “Going through this audit is so important for us as a company, because although we’re comfortable with our diversity at Chimney, it’s precisely in those moments where you’re feeling satisfied - maybe a bit smug - that you become passive and mistakes can be made. So we’re looking to keep on top of it and I’ve no doubt you’ll see the rewards in the strength of the creative work we put out over the coming years”.

In a challenging economic climate, the kind of ‘risk’ one might associate with polarizing ideas - and the creativity they can generate - may not be top of many marketers’ agendas. The irony, however, is that it’s precisely in challenging moments where fresh thinking and bold creativity are most needed.

“If you think of the brands who are really leading the categories”, says Jasmyn, “they are never those who simply keep their heads down and look to mirror everyone else. Nike is a good example. Would they be where they are now without that element of risk? I don’t think they would”.

Similarly, Camilla strikes a defiant note. “It’s understandable to be nervous and anxious, but not so much that you become paralysed. Now isn’t the time for fear, it’s the time for big ideas which can inspire us and transform the world. I think that polarizing personalities are so valuable because they can help get us there”.

Chimney is currently seeking out top polarizing talent from around the world. To find out more, and apply for a role yourself, check out the company’s careers page.