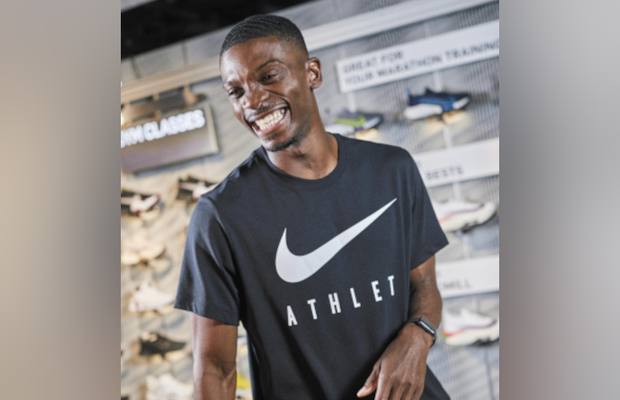 BMB has won an advertising brief from Nike, after a competitive pitch, to hero their staff. The new campaign, launching on 11th August, will celebrate the expertise, lives and passions of the people who work inside Nike’s UK stores.

The agency’s first work will include a series of films, featured across social, in store screens, Nike.com and the Nike app, which puts the spotlight on Nike’s in-store staff, positioning them as athletes in their own right. The campaign introduces the line 'Ask our Athletes' to emphasise that customers get much more than regular service when stepping inside a Nike store – they get the staff’s personal insights, guidance and enthusiastic dedication to sport.

As people return to the high-street, the aim is to emphasise the added value that customers receive when they go into Nike stores, highlighting the expert knowledge of the Nike Store Athletes as a big point of difference compared to online shopping and other high-street shopping experiences.

The campaign heroes seven Nike Store Athletes from across the brand’s London stores. It shows their lives in and out of store as they tell their stories of how they bring everything they learn from their chosen sports back into the retail arena, where it influences the way they serve customers

The first two ads to launch feature Confidence – an international sprinter; and Sasha – who loves working out in the gym; the endline is 'Ask Our Athletes – in-store experts to raise your game'.

In other ads in the series, we also hear from Danny, basketball player who follows his coach’s advice to ‘practice’; Ede, who found a love of exercise through lockdown; Harley, who excels in taekwondo and has extensive sneakers knowledge; Kirsty, a keen weightlifter; and Ben who plays football to a high level. BMB worked with Nike in-house stylists to style the films and used extras from London Basketball Association’s local community basketball programme.

Ben Hutchings, consumer direct marketing marketplace director, said: “This is the first time we have turned the lens inwards. Our Store Athletes are integral to the business but they are also amazing humans, with incredible talents and passion. We wanted to work with BMB to draw out that humanity and show that coming to a Nike store means more than just getting served a shoe in the right size, you get personal experience, passion and genuine love of sport too.”

The main 30-second film, along with shorter cut downs, will appear in social and online, including Snapchat, Instagram and Facebook, as well as on Nike.com. The films will be released sequentially through the summer, in an always-on media strategy.

Matt Lever, chief creative officer from BMB said: “Nike stores aren’t staffed by your average retail worker, they're staffed by athletes - people who love sport and love the brand, and have extensive knowledge of both. We wanted to showcase how their passion influences and informs the experience for every customer.”