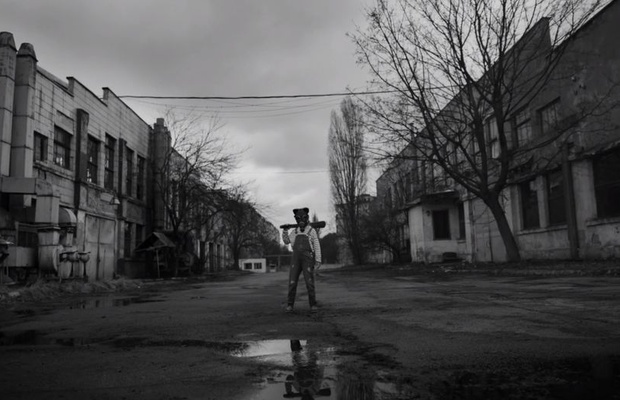 Saatchi & Saatchi has collaborated with nasal spray brand Otrivin and architecture and innovation firm ecoLogicStudio to create the world’s first air purifying bio-technological playground. The Otrivin AirBubble is part of a wider brand purpose campaign, aiming to raise awareness of the impact of air pollution on the children’s health and empower everyone to take action to reduce this impact.

The concept of the Airbubble was devised by Saatchi & Saatchi with the goal to create a playground environment that cleans the air children breathe while they play. The agency then approached ecoLogicStudio, an internationally renowned design innovation agency specialised in nature-based solutions for the built environment, to help turn the idea into reality.

The result is AirBubble, a unique architecture that integrates 52 cylinders of algae and that through photosynthesis filtrates the pollutants in the air and releases oxygen. As well as by photosynthesis, the air purification is also powered by the children themselves. Their activity within the bubble helps circulate the air through the algae so the more they play, the better it cleans.

Farhad Nadeem, global marketing director Otrivin, said: “Pollution is one of the most pressing issues facing the world today. What’s more, children are more heavily impacted as they are closer to the ground where toxic particles gather. Otrivin exists to help people breathe better, and that is what we are doing with this We were very excited by the innovation challenge: what if we could build a playground in the middle of the city, inside which the air would be clean? This was the beginning of a great partnership with ecoLogicStudio and Saatchi & Saatchi, which led to the launch of the world first air purifying playground, combining architecture, biotechnology and science.”

The Otrivin Airbubble is open to all, including visitors of the world-famous Copernicus Science Centre in Warsaw. With Poland being one of the most polluted places in Europe, Airbubble aims to act as inspiration for how science could help solve one of the biggest health crises of our generation. 93% of the world’s children play in harmful levels of air pollution.

To support the launch of the playground, Saatchi & Saatchi developed a film with award-winning Cannes director Tino of Body Form and Blood Normal fame. The striking and eerie black-and-white advert, features children wearing gas masks who narrate the impact of air pollution on them.

The entire film is narrated with the words of 9-year-old Licypriya Kangujam. Kangujam is one of the world’s leading youth climate change activists and influencer from India who addressed world leaders at COP-25. The film concludes by landing on the line, ‘let’s help them breathe better’.

Lauren Dyer, creative director at Saatchi & Saatchi, said: “You just need to listen to the powerful words from children like Licypriya Kangujam to understand how urgent this cause is. We have a responsibility to help kids breathe better. So when you harness the incredible technology of ecoLogicStudio, combined with Otrivin’s brand purpose and a ‘Nothing is Impossible’ goal, we have managed to create something that shows - through science - it’s actual possible to clean the air. One of the most important things we want to do with this project is to raise awareness about the quality of air we are all breathing.’

Dr. Claudia Pasquero, co-founder and director at, ecoLogicStudio, said: “This playground needs two sources of power: solar energy and kids’ instinctive drive to explore and to play. These constitute the inexhaustible and renewable fuels of the AirBubble that can be obtained effortlessly. The AirBubble is the trigger of a process that can only grow and multiply its beneficial effects towards future generations. It’s all in our hands – we are responsible for our health and climate.

The Otrivin AirBubble will be open to the public for the next four months during which time air quality in the playground will be continually tracked to measure its impact on air pollution levels.

Publicis Groupe UK agencies Publicis Media, MSL and Prodigious also supported on the initiative. Along with highlighting the perils of air pollution, the campaign aims to support the launch of Otrivin Breathe Clean, a new nasal