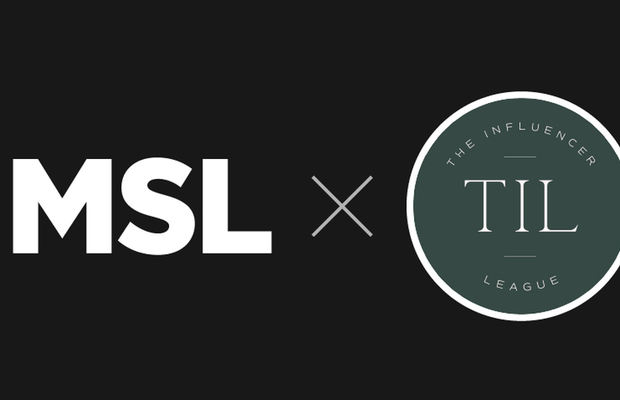 “There have been rumors of a racial pay gap for years, but no one in our industry has quantified it until now,” said D’Anthony Jackson, digital and influencer strategist at MSL. “These are stark numbers by any measure. Just compare the 35% gap between white and Black influencers to the pay gaps in other industries -- education 8%, business and financial 16%, construction 19%, media sports and entertainment 16%. The gap this study uncovered in influencer marketing vastly overshadows the gaps in any other industry.” 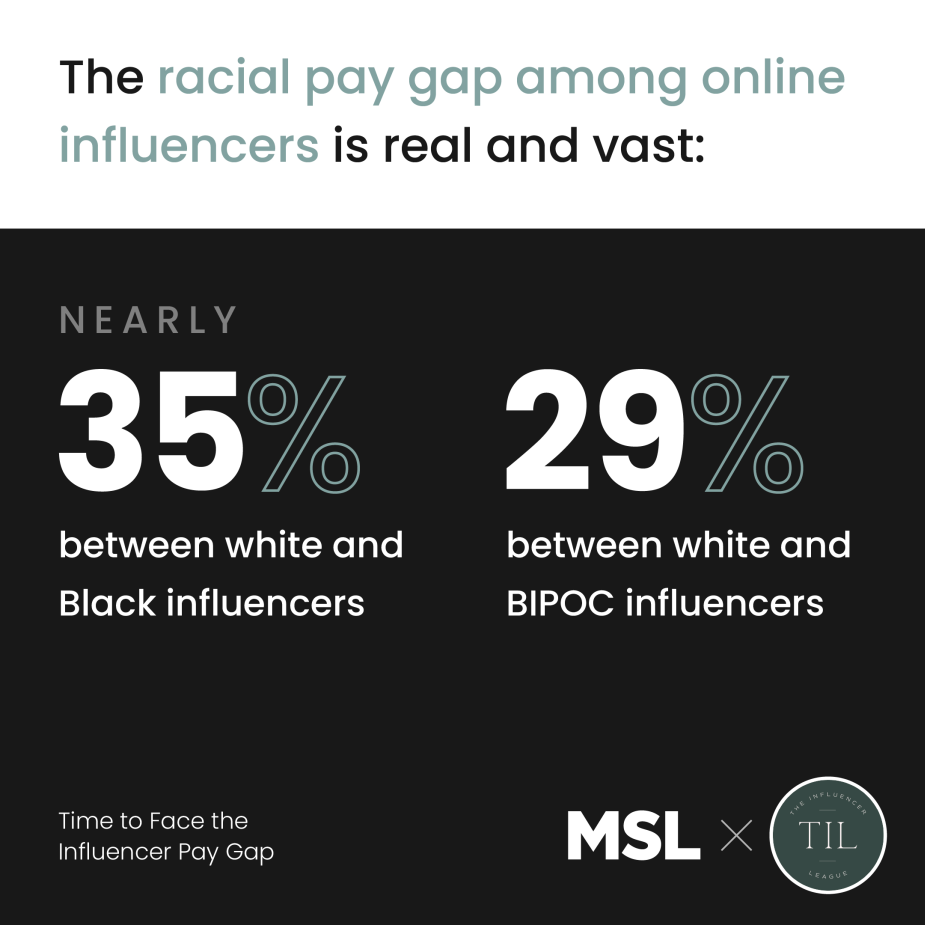 'Time to Face the Influencer Pay Gap' is a follow up to MSL’s 2020 commitments to drive diversity, equity and inclusion in influencer marketing. It also builds on the agency’s established partnership with The Influencer League, an organisation focused on educating, equipping and empowering influencers to grow followers to monetize content.

- Nearly half (49%) of Black influencers report that their race contributed to an offer below market value. Widen out to include BIPOC influencers, and 36% reported the same.

- The majority (59%) of Black influencers (and 49% of BIPOC influencers) reported that they felt negatively impacted financially when they posted on issues of race versus 14% of white influencers.

The data shows that the forces driving the racial pay gap are similar to the drivers of pay gaps in other industries, where historic socioeconomic inequities create an unequal playing field, trapping a disproportionate number of Black workers in the lowest paying jobs with little chance of upward mobility. However, in the young and unregulated influencer industry where affluence and connections play an outsized role and with social platform algorithms perpetuating inequity, those forces are amplified by orders of magnitude. A remarkable 77% of Black influencers reported follower counts in the lowest pay tiers, where compensation from brands averaged just $27,727.90 (versus 59% of white influencers). Conversely, only 23% of Black influencers made it into the highest tiers where earnings averaged $108,713.54 (versus 41% of white Influencers). The result is that in this industry in particular an unequal playing field becomes a nearly unbridgeable opportunity gap.

Lack of pay transparency is the greatest amplifier of inequity

Pay opacity disadvantages BIPOC influencers with unequal access to information or professional advice both in pricing themselves and in negotiations. This was most pronounced with Black influencers, 45% of whom cited “managing the financial process” as their most challenging pain point of working with agencies and brands versus 27% of white influencers. The lack of a pay standard also makes wage discrimination easy to conceal and impossible to prove with 49% of Black influencers citing race as a factor in offers below market value.

“If I could solve one thing in this industry that hurts BIPOC influencers, it would be pay transparency,” said Brittany Bright of The Influencer League. “The absence of a pay standard disadvantages BIPOC influencers at every turn.”

While 79% of Black influencers feel comfortable posting on DEI issues and 90% are passionate about issues of race, 59% felt they were negatively impacted financially when they posted on these issues versus only 14% of white influencers.

Juxtaposed with the outpouring of support by brands for the Black Lives Matter movement and the many commitments companies have recently made to racial justice, this was particularly striking.

The most hopeful note sounded in this research is that inexorable demographic and market forces create a powerful economic imperative for the value of BIPOC influencers: the total BIPOC market today represents $4.8 trillion in buying power. If it were a country it would be the 4th largest GDP in the world. Even more critical, 48% of Gen Z and 43% of Millennials are BIPOC. Together these two generations account for the largest and most important sector of the consumer market today, and, by the middle of the next decade, they will be the most economically powerful generation of all. That means half of what will soon be the most valuable consumer generation in history are uniquely reachable through BIPOC influencers.

Three Principles to Lead the Industry Toward Equity

“Issues of systematic injustice have plagued Influencer marketing for years -- and been largely ignored for far too long,” said Diana Littman MSL U.S. CEO. “Our research shines a spotlight on the present state of influencer marketing and charts the path forward for both the agency and our industry. Using MSL’s Fluency, the most advanced influencer management platform in the world, we will drive this change as it is our responsibility and obligation to create a data backed standard of fairness, propel equity and close the pay gap.”

The study concludes with three principles for agencies and brands to help close the racial pay gap under which MSL makes specific commitments to lead industry change:

I. The industry must level the playing field and bridge the opportunity gap.

Expand The Influencer League to sponsor additional influencers by expanding the existing scholarship fund to other brands and agencies.

II. Pay transparency must be solved.

Develop and release an Influencer Pay Index to determine and track all influencer pay through Fluency, ultimately proposing the index become the benchmark for industry principles.

Consistently track diversity and pay parity using Fluency within all influencer marketing campaigns across the agency and publish the progress annually.

Convene a summit of agencies, brands and influencers to arrive at universal pay principles that can inform an industry pay standard, driving and nurturing cross-organizational allyship.

III. Advocacy for BIPOC influencers is an economic imperative.

Implement a call to action for BIPOC influencers to self-identify with a universally recognized hashtag (#diversecreator), increasing industry wide discoverability and creating a first-time opportunity for brands and agencies to broaden the pool of BIPOC influencer talent.

Structure and recommend influencer marketing campaigns to target and recruit influencers through Fluency in proportion to the demographic makeup of the target audience.

MSL and The Influencer League conducted a comprehensive research study between February and September 2021. The work encompasses a multi-platform research approach, including expert interviews; a primary research study that tapped into 400+ U.S. influencers, review of the cultural, societal and influencer landscape; and distinct findings from MSL's proprietary influencer marketing platform, Fluency. Influencers in the study were asked to report their follower count, race and income from brands.

Have Yourself an Eco-friendly Christmas with an NFTree

Christmas Campaigns: ‘Tis the Season to Be… What, Exactly?