The CEO of MullenLowe MENA shares a creative journey that began under the Lebanese civil war, which then went on to inspire one of his most viewed campaigns ever 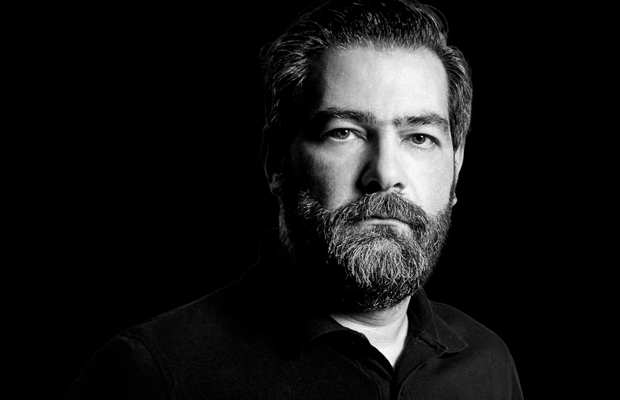 BIG KAHUNA FILMS, the award-winning creative production house based in Dubai and Beirut, is proud to support creativity across the Middle East. Over the coming months, as part of our sponsorship of LBB’s Middle East edition, we’ll be speaking to some of the great minds driving creativity forward across the region.
Here, LBB’s Natasha Patel caught up with MullenLowe MENA’s CEO Mounir Harfouche where he shared his experiences of growing up in Lebanon, how that shaped him and what success looks like for him.

LBB> Let's go back to your early years, where did you grow up?

Mounir> I'm from Lebanon. My creativity started when I was able to survive and to accept growing up in a country that was living through probably one of the harshest civil wars on the planet. It requires a lot of creative spirit to be able to live in those conditions, and continue being inspired to not stop living.
It was a really harsh childhood, but for me, it was as well very much a learning curve of understanding life, understanding the human aspect of things, understanding the value of resilience and the value of life itself because we could have died at any second while just going to school or studying or sitting at home or playing football.
I don't talk about it in a sad way, I talk about it from a positive angle. In general resilience and the passion to live and continue living, trying to make the most out of your life, that's pretty much what this childhood crafted in me and every other person who grew up in Lebanon.

LBB> Let's talk more about this ‘resilience’. It's no secret that the trait is certainly needed in the creative industry too. How has being resilient shaped you?

Mounir> Every single thing basically affects you when you grow up. You probably can be in a city where you have a war for two weeks or three months, but to have a war for 15 or 20 years – and a war that was ugly at all levels - it really is like a movie.
I think being able to continue to live normally somehow, being so resilient to continue life where I really recall many situations where under the bombs we party or we're laughing or we're playing cards and the next morning we'll walk on the ruins to reach school and continue studying like nothing happened. This gives you resilience, this gives you this power to really challenge everything and continue with this passion to live and do more and achieve more. This is very much the base of any creative process. Great creativity comes mainly under pressure.
The need to express yourself then becomes an articulation of your sentiments and emotions or your fears or frustration in an artistic way. If you have a little bit of a creative background, I think living in situations like this also brings out your side in a very bold way and allows you to escape by expressing yourself creatively and artistically.

LBB> How did you first enter the advertising industry?

Mounir> I went to a great French school and then went to Alba which is Académie Libanaise des Beaux Arts, one of the best in Lebanon. The first two years, the preparatory years, everyone does together and then they split us - you choose if you want to go into advertising or interior design or architecture.
What's interesting is that I was pretty much in a rush to start working, which I think this has been affected by my childhood. I started working in my second year at university, which is rare and unique, especially in this university because it's so tough and so demanding. I started my internship and got a job at BBDO in Dubai, then went back and presented my diploma.

LBB> You are now based in Dubai but what is Lebanon like as a creative hub to you?

Mounir> People in Lebanon speak Arabic, but equally, French is also a first language most of the time and English. I think this is really interesting because creativity is not only a spirit, it's a culture. I think again, the background of resilience, passion, and being ambitious could be another kind of creativity that people used to succeed.

LBB> You worked on the spot for ‘When Will I Be Lebanese’ to highlight the atrocities of the civil war. What sparked the idea?

Mounir> With the thousands of campaigns I have done in my life, this one remains very personal to me as it portrays the problem of Lebanon and the reason why we had a civil war during 15 years.
This same issue still exists and is an ongoing threat to Lebanon’s stability. Lebanon has lost the title of a nation and became a space for sectarianism and political tensions serving groups and regional ideologies rather than building patriotism and belonging. This ad was done with no budget and unfortunately, it is still relevant today.

LBB> Tell us about Dubai, you’ve been there for 23 years now.

Mounir> For me, Dubai is home. I'm very emotional about Dubai as somebody who truly loves Dubai on all levels: on a personal level because it was my dream place to move from a country that was taking everything from me to a country where actually it's the opposite.
In terms of creativity, I think that Dubai, more than ever, has become the stage and platform that has the best infrastructure to attract the top notch talented people in the world.
For you to be inspired, you need so many things. We need to live well. We need a safe environment. You need a modern, beautiful, progressive, optimistic, positive city that you can see on a daily basis. You need a lot of exposure locally and globally in terms of trends and development, exhibitions and art and so on. This really exists here today at scale.

LBB> As CEO of MullenLowe MENA, what does success look like to you?

Mounir> I think success keeps changing. Success is of course business success; are we an agency that is growing? Are we making money? What is our portfolio made up of, small clients or big clients?
That's from a business point of view, then you have the success that is in terms of operations. Are you adding value as an agency to the industry? Are you an agency that is just existing and competing? Or an agency that is trying to explore new ways of doing things?
Everyone wants to use the same kind of innovation and technology and thinking and direction and execution so agencies do actually influence, I think this is a very good way to measure success in terms of are you taking the leadership seat when it comes to influencing the market and the industry and evolving the way the things have been done.

LBB> What advice do you have for creatives entering the industry now?

Mounir> To come equipped with knowledge, culture, skills and passion. I advise them to take their job seriously and look at it as a career that can take them places. They should look at it beyond the fame of a campaign or two but as a journey of evolution that is made of many moments of success.
Creativity is a serious job and it requires many skills. A good creative is a great strategist, a natural intellect, an inspiring leader, a business mind, a dreamer, a dream maker and a disciplined professional. Advertising is the only job that uses creativity to deliver on a pure business objective. Be bold, current, ambitious and always, always re-invent yourselves.

LBB> Outside of work, who is Mounir and how do you pass your time?

Mounir> Thank God I do not have a split personality or an identity disorder. Maybe the attitude changes slightly depending on the context. At work I do what I love. Outside work I am with the ones I love. My family.
Time is the only thing we can’t control. Every second that passes is a loss for me. So I try to make it a gain by spending as much as I can of it with my three daughters. I love being with them, I don’t find anything else as being more valuable. I do take part in their interests and hobbies and I enjoy making it my own as well (even if that means just being a spectator).
I have a passion for cooking. I love writing my own reflections, especially when I am moved by a subject. I think and analyse almost all the time which makes me a brainstorming machine. Spontaneity is something I enjoy a lot. I am growing an obsession with innovation, technology and futuristic themes so I read and study a lot. I also have a weird hobby of discovering emerging talent, especially in the world of music, and I love watching poker players/series. Finally, I love heavy conversations that require a bold point of view, especially when it comes to themes around life, politics, humanity and strategy.

Areej Mahmoud: “Industries Change, but Stories Have Existed Since the Dawn of Humanity”

“Despite Everything, There’s a Real Sense of Optimism Right Now”