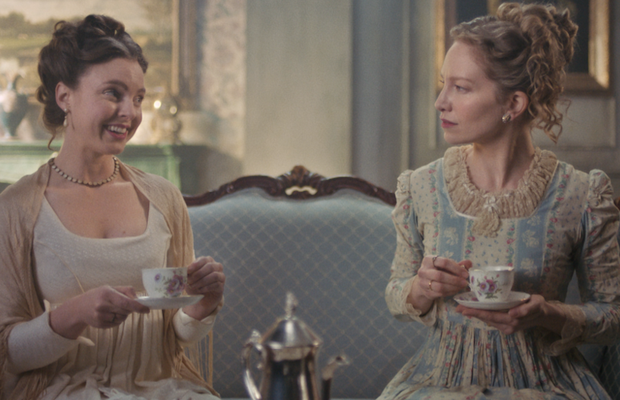 A powerhouse list of Australia’s media and marketing businesses have lent their creative knowhow and donated more than $10m in inventory for an important new campaign for MOOD tea.

Sixty businesses across the media, advertising and marketing industry have donated time, resources and inventory towards the ‘Sip selflessly’ campaign to promote the industry’s first social enterprise product, which donates all profits to fund charities preventing youth suicide.

The campaign is headlined by a pair of TV commercials featuring adults in classic tea-drinking situations, a Regency-period costume drama and an ancient tea master with his student. The scenes are lip-synched with the voices of children relating impactful stories of mental health. These are based on real experiences shared by young people who have been helped by MOOD’s charity partner, batyr.

The creative was developed by The Monkeys, directed by Simon Harsent and the Pool Collective team, with audio by Ralph Van Dijk and Simon Kane at SongZu.

‘Sip Selflessly’ will roll out across all TV, radio, OOH, digital, social and print channels over the coming weeks following the largest philanthropic media inventory drive our industry has ever seen.

All profits raised from MOOD tea go towards funding mental health projects by Backtrack, batyr and The Sebastian Foundation which are helping save young lives. Programs are focused towards mental health education in schools and suicide prevention.

Jenni Hayward, general manager of MOOD said: "The hard fact is youth suicide is the leading cause of death for young people in our country - so we wanted to create a campaign which grabs attention and makes people really think about the message.

The Monkeys executive creative director, Vince Lagana, added: “It has been a privilege for us to work with the MOOD team and play a small role in all the great things they do for youth mental health. We have been lucky to work on this great product since its inception.

“The 'Sip Selflessly' campaign focuses on the dual benefit of Mood Tea - its power to create funding for struggling youth and lift the mood of drinkers at the same time. Our key message is to promote and normalise help-seeking behaviour and highlight that recovery is possible.”

Nic Brown, CEO at Batyr, added: “It’s so important to reach more young people across Australia with stories of hope and resilience, empowering them to reach out for support when they need it, as well as providing the tools they need to better look after themselves and each other.

“With MOOD’s ongoing support, we can make even more impact and continue to equip young people with the skills to take charge of their mental health, to look out for their mates, and change the conversation around mental health.”

Hayward thanked the industry for overwhelming support: “I’d like to extend a huge thank you to everyone involved in this campaign, the entire MOOD village army. ‘Sip selflessly’ is a first of its kind, bringing the entire industry together to create an informative, different, and above all effective campaign that will truly make a positive impact.”