SNAP LDN, director Jim Gilchrist and Outsider team up for the 'Let's Get You Sold' campaign 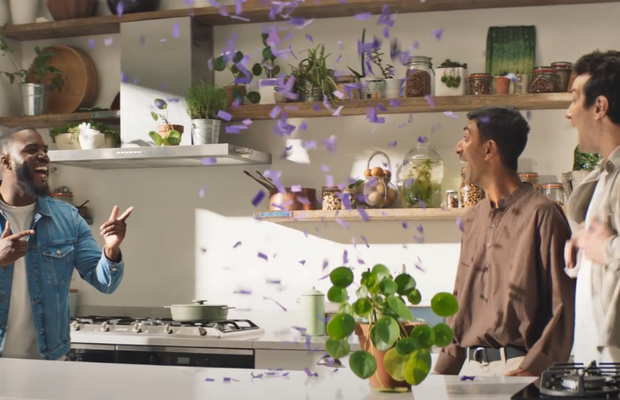 Purplebricks, the UK’s leading tech-led estate agency is launching its biggest campaign in five years and has signed up well-known comedian Mo Gilligan to be the new face of the brand.

The multi-million pound campaign is intended to celebrate Purplebricks’ position as the number one brand in the category, selling nearly four times more properties than any other brand*, as well as highlighting its innovative Money Back Guarantee offer.  Fronted by TV personality Mo Gilligan, the new TV ad shows For Sale signs turning to Sold across the length and breadth of Britain.

Ben Carter, chief marketing officer at Purplebricks, said: “We put more Sold boards on the streets of Britain than any other estate agent brand  - and that surprises a lot of people. Backed by our biggest investment for several years and fronted by Mo, this campaign is intended to get the nation to see Purplebricks in a different way - and ensure we are front of mind when they are looking to sell their homes.”

The new ‘Let’s Get You Sold’ campaign has been created by SNAP LDN, with the TVC directed by Jim Gilchrist, and produced by Outsider. The campaign includes multiple TVC executions including a 60 second feature, and will run alongside national and local radio, and outdoor media activity being managed by Purplebricks’ media agency, Universal McCann.

Jon Boardman, CEO at Snap LDN, said: “Over the last five years, we’ve created some brilliant work for Purplebricks which has helped take them from an outlier to an established brand leader. This latest campaign confidently celebrates their position in the market by demonstrating their category ownership.”

Get Access All Areas with Partycasino and Partypoker's McLaren Racing Partnership

From Baked Beans to Bitcoin, it’s all About People