Taking inspiration from the '80s, the directing duo set out to make a film capturing classic cinema with a twist 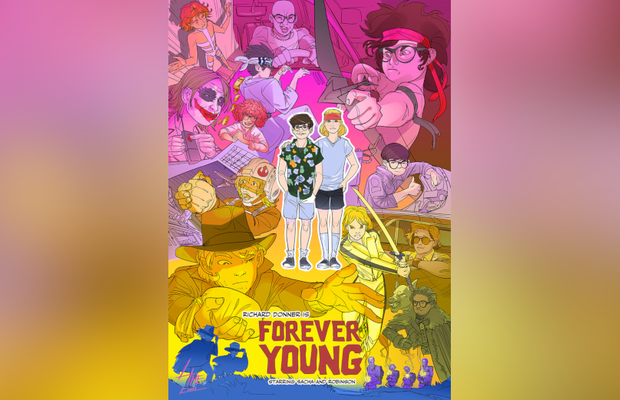 That’s the real story. Michel and Nico never imagined they would create a ‘Lockdown Film’ - and they don’t want to present it that way. This is not a lockdown project, the duo just used the lockdown as a character, as a context. But this is a different project Michel and Nico did with their kids, the perfect sequel of Anything for Love (where no screens were allowed during one month)  Here, we created the total opposite.

Michel explains more about the work: “We asked ourselves "what can we do when screens are the only way to escape, to communicate and to learn?”

“We spent the first lockdown watching classic films instead of home schooling -  because we think education is everywhere and our education will not be the teacher's one. One of the boys told us "we want to make a film" and the other told us “there is no better opportunity for us this year”.

“To us, any project is an important project. and we always try to be committed 200% even if the commission does come from our two boys - hopefully this will prove it! I think that’s one of our signatures and what we try to teach to the kids : "whatever the project, the mission, the work is… Do your best !" I guess that’s what this little film is about.”

“So yes, even with no budget, no locations, no casting, no equipment… We had everything we needed to create something cool: Time, freedom, passion, and the best 10 years old actor/directors ever… it’s all about this.”