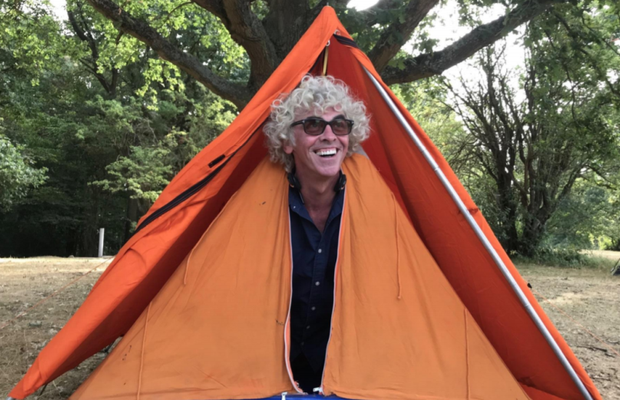 Merman has announced the arrival of comedy director Declan Lowney to its UK roster. Declan is renowned for his work on some of the UK’s best-loved TV comedies and commercials, from the cult hit of Father Ted to comedy juggernauts Little Britain and Cold Feet. He has won two BAFTAs and six BAFTA nominations for comedy direction over his career as well as two of his shows winning International Emmys.

Declan is largely known for his hugely popular Warburtons bread campaign which has featured performances from Sylvester Stallone, The Muppets, Peter Kay, Robert De Niro and most recently George Clooney.

Declan's long-form career continues to go from strength to strength and in the last few years, Declan has worked with Chris O’Dowd on his Emmy winning comedy ‘Moone Boy’, Steve Coogan’s film ‘Alan Partridge - Alpha Papa’ and ‘In The Long Run’ with Idris Elba which won the UK Broadcast Digital Award for Best Comedy 2018.

After directing episodes of season 1 of Apple TV’s multi-award winning TED LASSO Declan was asked back by star and creator Jason Sudeikis as supervising producer and director and has just finished shooting the second season in London.

MD’s Siobhan Murphy and Spencer Dodd said of the signing: "We are beyond thrilled that Declan Lowney and his producer of 17 years Simon Monhemius have come on board and joined our Merman team. We are admirers of Dec’s incredible comedy performance work in commercials and also his prolific career in long form. We feel the synergy across our platforms couldn't be more aligned and it is a pivotal moment for all of us."

Founders Sharon Horgan and Clelia Mountford are in agreement and already have Dec lined up to direct some of Merman TV's future productions, including an exciting new series in 2022.

Sharon Horgan and Clelia Mountford say: “We have been huge fans of Declan’s work for years. He’s been involved in some of the most iconic comedy out there. He is someone we have always wanted to work with and finally managed to last year. We hope to lure him back over to Merman TV and to Mermade when he’s not making beautiful work for Branded."

Declan says of the partnership: "I'm beside myself with excitement to be joining forces with the comedy powerhouse that is MERMAN. This is a great place for us to expand our comedy horizons across all forms, long, short and the ones in between."