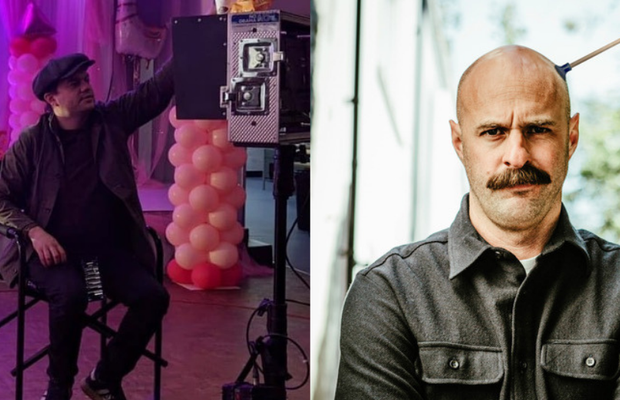 Merman has welcomed two directors to boost their roster with the signings of Ben Liam Jones and Olly Williams.

Ben Liam Jones began turning heads in 2012 when he picked up ‘Best New Director’ at the very first SHOTS Awards. Since then it’s been a steady rise for the director who has gone on to direct powerful, memorable and celebrated works for the likes of SKY, Cadbury, Arthritis UK, Land Rover and Centerparcs.

Ben’s work for Childline - 'It Follows Me Around' - saw him pick up ‘Best Short Film’ at the CFP-E Shots Young Director Awards, a Cannes Lion, Best New Director at the Kinsale Sharks and inclusion in the Saatchi & Saatchi New Directors Showcase.

Ben is known for his storytelling abilities and bringing out compelling and emotive performances from his cast. His impressive range allows him to cover a broad spectrum of subjects and genres which makes him a welcome fit for the Merman team.

Ben Liam Jones says: “Just looking at Merman’s TV and Cinema slate of work it’s hard not to be excited about becoming part of such a culturally significant outfit. Meeting the EPs Spencer and Siobhán it was obvious the commercial side of the business holds those same values where storytelling is valued and part of the companies DNA. As a result it was an opportunity I simply couldn’t resist.”

Olly Williams made his name as one of the most sought after and ambitious production designers in the UK before venturing into commercials as a director. His clever, innovative set design and styling is clear in his campaigns for the likes of MoneySuperMarket, B&Q, O2 & Doritos.

He has a flair for storytelling, comedy timing and performance, particularly evident in his work for Cancer Research and National Express. He often combines his experience and talent in visual design to seamlessly blend in-camera tricks with post and create worlds with a combination of set builds and CGI.

Along with his commercial work, Olly has had great success with his short film ‘The Fly’ picking up numerous awards at the Plymouth Film Festival. On top of this, he has directed memorable music videos for Maximo Park, Jack Pinate and Robbie Williams to name a small few.

Olly Williams says: “Merman has been going from strength to strength in recent years in both commercials and long form and I am beyond excited to be joining the team along with Declan and Simon. I seem to have found myself in the very lucky position of being able to work with them as both a production designer and now in the capacity of director too. I’ve known Siobhan since back in the music video days and it really is just so nice to be able to work together again.”

MDs Spencer Dodd & Siobhan Murphy said of the signings: “We have long been admirers of Ben’s work and are thrilled that he’s decided to make Merman his home. He’s an emotive storyteller with a real passion for performance and craft. It feels like a great fit as his work sits well alongside the existing roster and recent signings we’ve made, complimenting the strong and diverse offering we’ve built in recent times. Olly Williams brings something slightly different to the Merman roster with his keen eye for design, distinctive visual and narrative styles, often imbued with a subtle sense of humour. Having made his name as one of the UK’s most highly regarded commercial production designers he brings an interesting, versatile and craft driven approach to everything he’s involved in.”