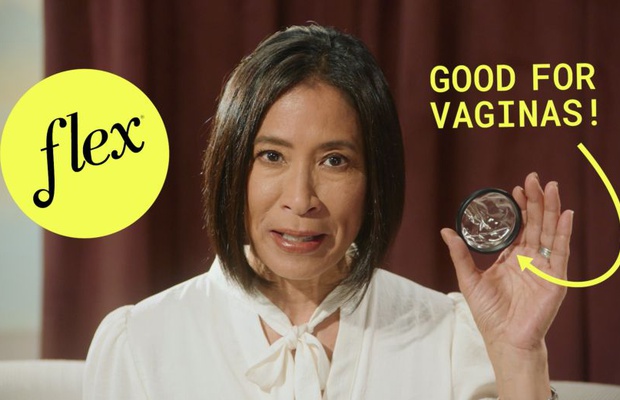 VIA has launched a new campaign on behalf of Flex, a line of revolutionary menstrual products that give women freedom over their periods.

Flex products are so obviously better for period health, the team tapped a few squeamish spokespeople to share the truth with the world — and they are more than up to the challenge. The series of three 15-second spots feature real people who, for once, do not embody the typical period consumer, but rather the tropes of people who have often perpetuated misinformation, denial, and shame around your period.

Lauren Wang, Founder & CEO, Flex, said: “Ever since I launched Flex five years ago, we have been censored from being able to show period blood or use the word vagina in our communications, which goes against what we stand for as a disrupter in the menstrual care category. We are excited to partner with Via for our first TV campaign since they share our commitment to normalizing menstruation and reaching the next generation of consumers who want sustainable period products that make their lives easier.”

VIA cut through the clutter with work that is distinct from the way traditional and new DTC period care brands speak about menstruation. This is a new way to speak with all menstruators, with a fresh, honest perspective.

“Flex laid out this incredible creative opportunity for us at VIA, to usher in a new era of how we talk about periods. So, we took a leap forward and imagined a colorful time where absolutely everyone in a menstruator's life can talk openly about periods, period sex and period health in a frank, unashamed, confident manner. Sometimes, you need to build the world you most want to see,” said Judi Cutrone, Copywriter, VIA.