Matthias Storath: “It’s Better to Be Different than to Be Perfect”

HEIMAT Berlin’s partner and CCO on why differentiation beats optimization, how too much ‘agility’ can slow you down, and what makes ‘spectacular failures’ so important 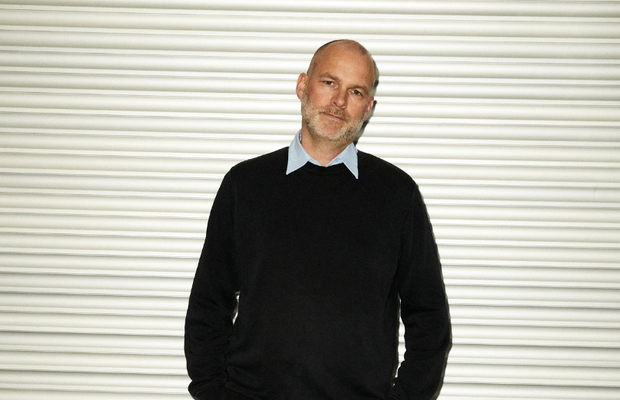 REKORDER, the Berlin-based film and photography creative production studio, is proud to support LBB. Over the upcoming months, as part of the sponsorship of the German Edition, we will celebrate creativity and introduce some of the most innovative and creative minds in the industry.

In this conversation, we talk with Matthais Storath, partner and CCO at HEIMAT Berlin. Here, Matthias reflects on learning the value of differentiation through music videos, how the industry has become too focused on awards, and why ‘scars are better than the sweat of fear’...

LBB> First things first - what kind of kid were you growing up, and at what point did you know a career in this industry was the right one?

Matthias Storath> This is such a tricky question - I’m never normally one to spend time analysing the past. I suppose I was always fascinated by music videos, particularly those by Spike Jonze and Chris Cunningham. I think they created a completely different language with which to tell stories and create new imagery.

Watching those videos made me want to create something different. So I started working in design and, of course, ended up in the world of advertising.

LBB> When you say that they created a ‘different language’, what do you mean by that?

Matthias> Well if you look at the kinds of videos which were being made at the time they were all very obviously in celebration of ‘the star’, with the lead singer or whoever cast as some kind of protagonist. But what Spike Jonze and Chris Cunningham did was to create a very independent kind of visual language.

They told a story - for example that first Daft Punk video with the dog walking down the street, or the Chris Cunningham videos for Bjork and Aphex Twin. They broke with tradition, upended expectations and created something totally different in the music video category. That always fascinated me.

Above: Spike Jonze’s video for ‘Da Funk’ helped inspire Matthais to break with conventional norms and aim to ‘create something different’.

LBB> Over the course of your career, you’ve spent the bulk of your time working in Berlin. So how have you seen the city’s creative culture change and evolve throughout that time?

Matthias> Berlin is still a developing city. Although the wall came down over 30 years ago, Berlin didn’t develop like other big European cities after the second world war and missed out on that period of rapid growth. So we still often think in terms of Berlin’s ‘potential’, which of course is absolutely enormous.

In advertising, working in Berlin can be like using a heavy-duty digger rather than a brush. It’s not often about looking for deeper meaning in ads, or celebrating subtlety. But it has changed a great deal in my time here. When I arrived, age 25, there were roughly five mid-sized agencies and one big one, whereas now we have five big agencies and an array of medium and small ones. So Berlin has been growing very rapidly and very consistently - and it will continue to do so.

You can’t compare Berlin to London or Paris, but in a way that suits us. We’re more affordable and we still have the diversity and buzz of a major capital. The affordability aspect appeals to artists, which means you’re never far from great creative ideas.

LBB> And how does that fit into the bigger picture nationally? To what extent is Berlin’s creative culture distinctively ‘German’, or specific to Berlin?

Matthias> Yes, everything in Germany is quite split because we’re formed of a large number of single states. We’re a decentralised country compared to many others - which is probably why you see such a distinctive culture in Berlin as opposed to Hamburg or Munich.

I think, creatively speaking, that’s actually a bit of a problem for Germany. It would be better if every creative mind were in the same place, all bouncing off one another and causing friction that leads to great ideas.

One thing which I think is common across the whole of the industry in Germany is a heavy focus on awards. This is something else which holds us back, at times - we always like to promote NGO work which performs well in terms of awards, but lacks relevance or cut-through. Many times I’ve seen a case study film at an award show and thought ‘wow that really must have changed the world’, but had I not been to the award show I might never have known it existed. That’s a problem which we need to fix.

LBB> At Heimat, you aim to be ‘seriously different’. What does that mean, and how do you achieve it?

Matthias> Our core offering is differentiation, not optimization. BBH once said ‘if the world zigs, zag’ - and I agree. It’s better to be different than to be perfect. Being seriously different means that if everyone is investing their energy in earned media, for example, we’ll create something great in the paid media space.

So when everyone in the world is talking about ‘purpose’, we’ll talk about the product. That’s not because we don’t think purpose is important - we did a lot of stuff with purpose ten years or so ago - but it’s so much harder to be seen and noticed when you’re talking about the same thing as everyone else.

LBB> But on the purpose example, it’s widely believed that purpose is something that’s hugely important to consumers. So are you not making things harder for yourselves by not addressing their priorities?

Matthias> No, not at all. If everyone in the world is talking about purpose - or any other subject - people will get bored of it. It’s human nature. And particularly when those brands who are talking about it are seen as inauthentic or bland. In such a climate, people really appreciate it when you talk about the product for a change.

It comes back to our core target being differentiation. If you have a product which is truly differentiating and totally unique, you probably don’t even need advertising outside of performance marketing. But if you’re in a marketplace where you have competitors, be it five, twenty, or one hundred, differentiation is vital to your business. It’s absolutely essential.

I’d also like to mention one of our other targets at Heimat - speed. When it can take 24 months or 12 months to get an ad campaign from idea to reality, that’s simply not fast enough in the modern world. There are companies out there who can go from being founded to being worth $2 billion dollars in that length of time.

In response to that, we wanted to take on another of advertising’s buzzwords: ‘agility’. When you say that you’re ‘agile’ it sounds like you’re saying you’re fast - but what it actually means is that you have no set direction and you risk getting lost, dragging out processes and slowing down your work.

So you have to differentiate, and you have to be fast. Take our ads for the German startup Gorillas Delivery, It took just four weeks to take them from idea to delivery. To achieve that, both the client and the agency need to make fast, brave decisions. Scars are better than the sweat of fear. 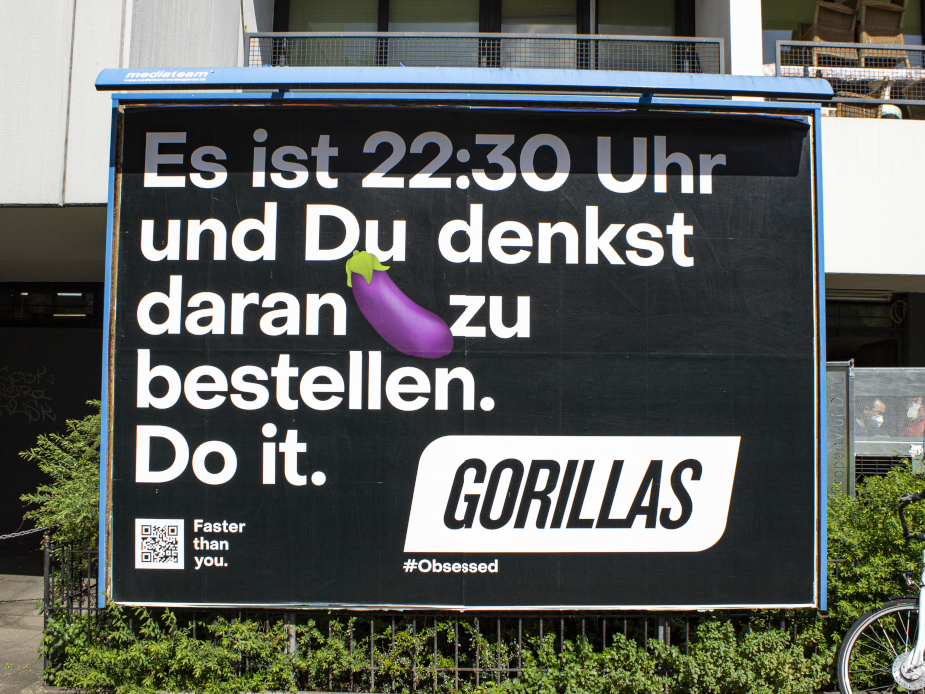 Above: The text in the German ad translates to: “It’s 10.30pm and you’re thinking of ordering aubergine. Do it”.

LBB> And finally, what is the best piece of advice you’ve received in your career so far?

Matthias> I’ve been fortunate enough to work with so many amazing people, each of them giving me some amazing advice. The only problem is that I tend to ignore good advice!

One piece of wisdom that does stand out to me - I’m not sure I’d call it advice - comes from the former CCO of Ogilvy worldwide. He said that ‘somehow, you are going to fail. So you might as well fail spectacularly”. I think that’s good advice, and not just for the world of advertising. We should all learn to embrace our spectacular failures.