Hornet director Sam Mason teams up with the family of Mac Miller for 'Colors and Shapes', imagining the story surrounding Mac's Faces mixtape 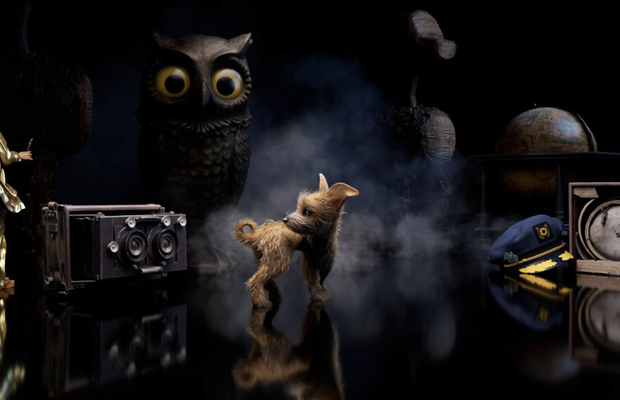 In this surreal and stirring music video for ‘Colors and Shapes,’ Hornet director Sam Mason teamed up with the family of Mac Miller to imagine the visual language surrounding the official release of Miller's cult favourite Faces mixtape.

Faces is considered by many to be Mac’s magnus opus for its unique, jazzy production and themes of personal exploration. The lyrics of ‘Colors and Shapes’' are at once meditative and metaphorical, psychedelic and psychological, a selfless-journey and self-reflection all in one.

Mac’s family hoped to create a film that would visually illuminate some of these themes.

In terms of directive, Sam was afforded almost full creative freedom. In his words, “From the beginning, I was aware of something really heartfelt in the music, and I wanted to come up with something that felt very genuine. At first, I was trying to figure out what they wanted, but they immediately pushed me away from that and wanted me to create something totally from scratch.”

What Sam ultimately created is a dreamscape portrait with abstract yet realistic CG animation, ethereal transitions, and a genuine, heartfelt story.

Conceptually, the film follows Mac Miller’s dog Ralphie as he embarks on a dreamy quest into unconsciousness. The idea behind Ralphie as the protagonist spawned from a true story about a time he went missing while Miller was in a recording session. Unfortunately, Ralphie was never found. This story is about where he might have gone. Supporting this literal premise was a more abstract exploration of childhood—and more specifically, Miller’s childhood.

“The track felt very visual to me—like it had its own world. This atmospheric night time place that was sometimes dangerous, sometimes comforting, then I saw a picture of Ralph and a story emerged,” shares Sam. “To build it out I asked Malcolm’s family to send me bits and pieces from his childhood, scenes from the town where he grew up, objects, toys from his room—little pieces of his life that I extrapolated outwards and used to inspire the story. In the abstract, it’s meant to be a video about childhood—growing up as an artist and the highs and lows of that experience. It’s sort of a look at the emotional and difficult and perilous but noble path of an artist.”

Visually, the film is surreal and strange, eerie and beautiful—an enthralling mix of realistic 3D with puppet-inspired characters and atmospheric environments. It’s chock-full of tchotchkes and personalised memorabilia. The objects in the film—especially in the opening bedroom scene—are deeply personal. The style of animation, meanwhile, is fluid and diligently in tune with the overall aura of the song. At times, Sam takes lyrical cues from the track to build his worlds around and the myriad highly-detailed elements he brings to life follow the song’s gracefully-intricate production.

According to Sam, as much time was spent on pre-production as on production in order to get the characters and flow of the story right. During actual production, there was a core team of five animators working around the clock for three weeks to animate the entire film.

“The process was really fluid and wonderful. We had an incredible team,” Sam recalls. “There was a real sense of camaraderie with Malcolm’s family and everything felt like it happened for a reason. We were letting the film take us where it wanted, and we just made space to let it become what it needed to. There was something really magical in how everyone just really trusted the process. It was really important to us that this was 100% a passion project. But a passion project that involved a very important context that we had to honour and a legacy and audience we didn’t want to let down.”