This signing marks Lyle's first US and French commercial representation 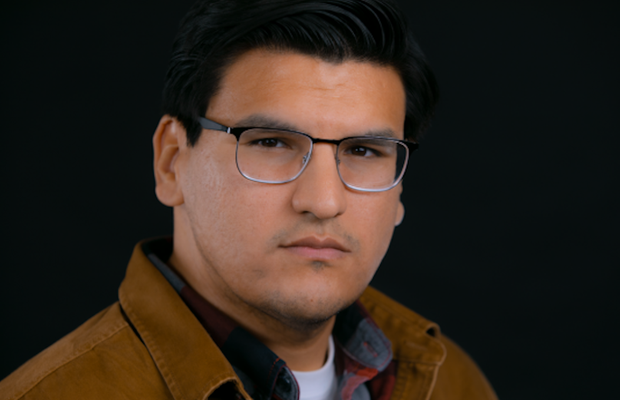 Paris and Los Angeles based creative production company Loveboat welcomes filmmaker Lyle Mitchell Corbine Jr. to its diverse cooperative of directors and interdisciplinary artists. Newly named one of Variety’s 10 Directors to Watch in 2021, Lyle wrote, directed and produced his first full length feature, 'Wild Indian', which will premiere in the U.S. Dramatic Competition at this year’s Sundance Film Festival, taking place online 28th January to 3rd February 2021.
Lyle’s love of movies began while growing up on Native American reservations in Wisconsin and Minnesota, and expanded after he watched Sofia Coppola’s 'Lost in Translation', encouraging the start of his first projects. Lyle gained recognition for his short films 'Shinaab' and 'Shinaab Part II' which screened respectively at the 2017 and 2019 Sundance Film Festival and the 2017 and 2018 Toronto International Film Festival. The films earned him support from the Sundance Institute Screenwriters Lab and Directors Lab in 2017 and 2018, along with aid from additional independent film nonprofits including McKnight Foundation and Cinereach.
With a natural ability to tell emotionally heavy and complex stories, Lyle explores human character, including the Native American identity, through elliptical storytelling and compelling visual style. Starring Michael Greyeyes, Chase Spencer, Jesse Eisenberg, and Kate Bosworth, his psychological thriller 'Wild Indian' follows a young Anishinaabe boy and a murder that haunts him for years.
“Lyle’s ability to weave history, emotion, suspense, and his own personal story into his films is striking,” said Jeff Baron, Loveboat managing partner. “As one of the most watched upcoming filmmakers, we are very eager to bring his talents to larger audiences around the world.”
“As a recently launched company led by industry icons, I felt a connection to Loveboat’s spirit of nurturing all forms of creatives,” added Lyle. “I am thrilled to join their impressive roster of innovative directors and artists.”
This is Lyle's first US and French commercial representation.