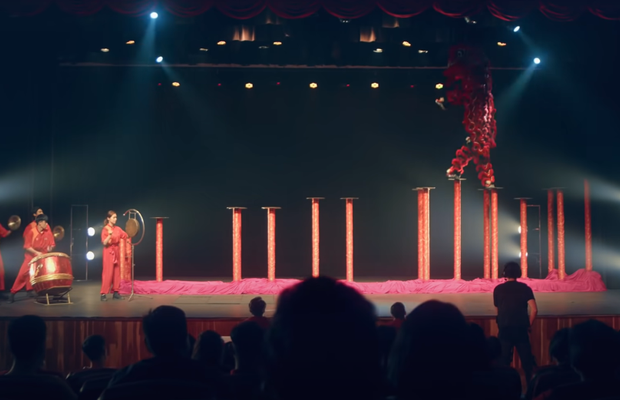 When businesses, artists and performers were hit by pandemic lockdown restrictions, most struggled to make ends meet with the limited support they received. As a company that cares about cultural issues, Astro is raising awareness on the challenges of local Chinese performing artists through its festive campaign.

Astro kicked off 2022 with the UHuu Be Strong! campaign to recharge Malaysians with a fighting spirit. Through the campaign, Astro gave a helping hand to the local Chinese performing arts community with various initiatives, starting with a festive film that tells the story of a lion dance troupe losing its heart during the pandemic before ultimately finding its footing through the sheer tenacity of one character.

“Society needs artists, just as it needs doctors, engineers, scientists, professionals, workers, fathers and mothers. We as a society owe it to these gifted and talented artistic individuals, as without the influence of performing arts and culture, one can only imagine what our world will be. And that became the inspiration and reason behind this film,” said Benedict Tan, Naga DDB Tribal’s associate creative director.

While the film was centred around the theme of finding hope and positivity amidst trying times, Naga and Astro took the campaign a step further and championed local performance arts by featuring one of the top Malaysian lion dance troupes. Aside from the film, Astro has also created a documentary - Performers on AEC, highlighting the grit that goes behind world-renowned Malaysian performers, alongside donating RM10,000 to support performing art associations.

Astro is no stranger to initiatives like these. "Astro continues to use its platforms to open the minds of Malaysians — to raise awareness on cultural issues, challenge societal expectations and champion the right causes for the nation and its people,” said Gavin Teoh, Naga DDB Tribal's recently appointed business director.

With over 16 years of experience, Gavin comes from a line of international agencies, over which he has worked on multiple business categories. Throughout his career, he has been a part of teams that have brought home multiple local and international marketing effectiveness awards namely Effies, MEAs, and Appies awards.

“Astro’s 2021 Deepavali spot, ‘Be The Light’, is a shining example of how Astro challenged people to go beyond common misunderstandings of one’s intentions and continue to help others,” Gavin added.

“In 2021, Astro paid homage to our heroes who fought in the war for our freedom through a documentary titled ‘Tanah Tumpahnya Darah Kita’,” Gavin explained, adding, “The campaign reminded us of the often forgotten sacrifices and unity of our people in achieving the independence we have today.”

According to Gavin, Astro’s 2017 Raya spot had also given Malaysians a glimpse into the impact of autism on a family’s life through a true story of a father and his autistic son.

“As we move forward in 2022, we will continue to ramp up our efforts to use our multiple platforms as a voice for good. With various ESG initiatives in place, we are kicking things off with efforts in championing education for all students,” said Tammy Toh, director of group marketing and communications.