Keeping up with Culture: Virtual Worlds Are Not Created Equally

M&C Saatchi’s group innovation director Ben Cooper explains why the Renaissance 2.0 will be digitised and what we can look forward to in a post-pandemic world 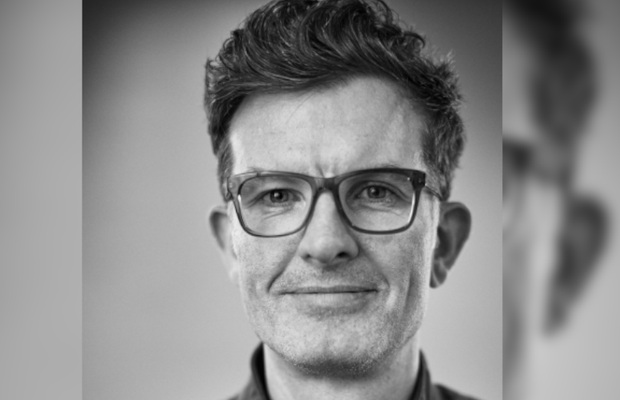 As history tells us, after any global crisis comes a time of exponential creative growth. After the Black Plague came the Renaissance (and a later outbreak, Shakespeare); after WWI, the avant-garde movement of Dadaism across visual, literary, and sound media forms; the Spanish Flu of 1918 marshalled in a new era of public health. So there's the widespread belief that post-Covid-19, there will be another creative revolution. I believe it is well underway via Web 3 technologies: blockchain, cryptocurrencies, and NFT’s. Yet it’s the virtual worlds that bring this all together that will catapult uptake and use the Metaverse if you will. But not all are created equal.
When Facebook changed its company name to Meta on October 28, 2021, this signalled more than just a facelift. It’s a commitment to running hard at the metaverse, a digital world forming in parallel to the one in which we live physically where technology, creativity and commerce already co-exist. This world, comprising virtual reality headsets and augmented reality, combines all of Facebook’s current communication tools: Facebook, Messenger, WhatsApp, Instagram, and the Oculus headset and the new Ray-Ban ‘Stories’ augmented-reality spectacles – the theory is this will be the next stage post-mobile.
For Meta, this is clearly a crucial step in continuing to build and maintain its community, and fortify itself against the forces of decentralisation. It is (we believe) a portal that is public, streamlined, that holds our memories and attention, and that in theory tries to be regulated. Increasingly popular amongst young people, game worlds Minecraft, Roblox and Fortnite are other examples of centralised metaverses in which creativity, game currency and identity all play out.

But in all these cases, the biggest winners are the platforms themselves. But as anyone who has read or seen Ready Player One might attest, such an oasis for some might in fact be at the expense of others.
Whereas, the evidence might indicate that a decentralised version might be the more liberated, more democratic, and definitely more creative route for the individual user. The decentralised metaverse is about individual ownership, power and reward.
There’s Crypto Punks, essentially pixel profiles, 10,000 uniquely generated characters and one of the first non-fungible tokens on the Ethereum blockchain but has amassed a cult following commanding truly silly money. Lowest price punk, at time of writing was 88 ETH (USD$377,905). But this isn’t about flipping art and making money off a new fad. There is digital fashion (RTFKT’s one of kind sneakers and apparel); play-to-earn games and experiences (Axie Infinity and Decentraland – virtual worlds); and clubs such as the Bored Ape Yacht Club (BAYC) – a collection of 10,000 unique Bored Ape digital collectables and a membership to a swamp club for apes whereupon a ‘bathroom’ is the first perk! (At the time of writing, Grammy-winning producer and songwriter Timbaland announced his latest venture Ape-In Productions (AIP), an entertainment company and virtual community that will launch and promote Bored Apes as successful music artists in the metaverse and it begins with hip hop band TheZoo – think Gorillaz 2021.) An inventive project with a well thought through roadmap is Crypto Dads, Bob’s Burgers style cartoon characters, that are part brand, club, community and movement. So far, holders of original Crypto Dads were gifted Crypto Mums, which in turn can produce Crypto Tots. Aside from breeding a family on the blockchain the project has donated to charities, has a merch range, and partnered with brands such as Rayban that adorn your ‘Dad’ but also give you a real world discount. 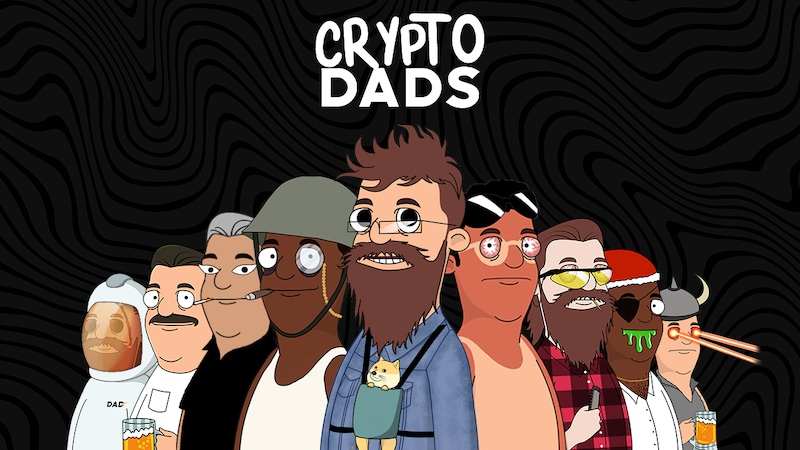 All are examples of how creators might get paid for their art without the traditional gatekeepers, as made possible by blockchain-style technologies. Ironically, Leonardo da Vinci was an engineer, draughtsman and theorist as well as a painter, sculptor and architect – it was only in the 19th century that science and art were separated, with the coining of the word ‘scientist’. And whilst science and art might live in harmony again via NFT’s, it’s the communities these projects build that is of note.
It is here in the decentralised metaverse that the blockchain, cryptocurrency and crypto-technology (NFTs, tokens) live. NFTs are, for the most part, coming to life in the form of tradable avatars, art and music. And just as in the 14th-17th century Renaissance, here the makers can express themselves and get paid for it.
The brands are piling in too. Dapper Labs, the creators of Crypto Kitties, have partnered with the NBA to create tradable digital collectables via the highly successful NBA Top Shots. Warner Bros in partnership with Nifty’s, an NFT marketplace for brands and creators, are selling 100,000 The Matrix Resurrections inspired avatars at $50USD each. In keeping with the film premise, Matrix NFT owners will be given the choice to take a "Blue Pill'' or a "Red Pill." Taking the Blue Pill will keep the avatar's character in the Matrix, while the other pill will transform it into a resistance fighter. All of The Matrix Resurrections NFT’s sold out at launch - marketing that people pay for, anyone? Meanwhile, McDonalds are celebrating 40-years of McRib by giving away 10 limited edition NFT’s albeit lacking the utility of other examples. Coca-Cola's experiment was a ‘loot box’ containing 4 unique NFT’s, check out the Bubble Jacket which can be worn in Decentraland, auctioned on Friendship Day and raising USD$575,000 for partner Special Olympics. Meanwhile Nike are warming up for their step into Metaverse with the patents and trademarks for digital wearables, perhaps a shop in Decentraland is not far off? Adidas are posturing too. Whilst I’m a fan of experimentation I think brands need to ensure they add value to this flourishing medium and community - they can’t be tokenistic or throwaway.
Musicians, artists and creators now have a technology that supports them rather than exploiting them – authorship, ownership and finance are interwoven in Web3 – and whilst a new frontier, its decentralisation means it’s peer-to-peer, or peer-to-fan, or in any case of the people. It’s like buying a tape from the band at their gig but with blockchain technology your investment is recorded, recognised and in a lot of these examples you're rewarded too as the art grows in popularity.

Not only might we reap the benefits but we might also hang on to that most prized asset: our own identities. Whereas in a centralised system, the powers that be have access to our details and trade our identities, a decentralised world keeps these in a vault. Or at least our vault, to which we hold the keys.
Decentralised is where the great resignation/restructures might live; where capitalism might be questioned, where black lives continue to matter, where climate remains a crisis outside of and in spite of the mainstream meanderings of politicians.
Post-pandemic we'll continue to see the rise and rise of creative expression through this new technological landscape, enabling existing artists and giving rise to a whole new creative 'class' – or de-class. We finally have the tools to do it. Now, who’s going to paint the roof of the Metaverse’s Sistine Chapel?