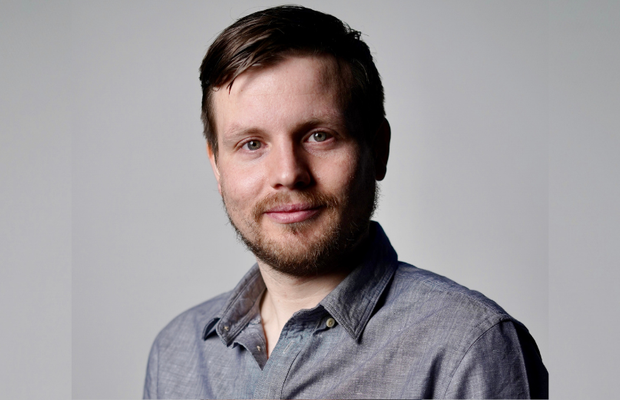 Delve into the intricate world of film processing with the team at Cinelab London who cover both digital and film projects and are the UK’s only full service film lab providing everything from pre-production through to deliverables, all under one roof.
In this series, LBB meets some of the colour and grading talent behind the skilful craft of film. Here we’re joined by CTO / Colourist Joshua Callis-Smith who joined the company as part of a recent merger that saw his company On Set Tech join forces with the film lab to become the UK's only full service film lab and digital dailies facility.
In this interview, Joshua discusses the most exciting emerging industry trends and charts his impressive career highlights from Fantastic Beasts and Wonder Woman to Rocket Man and Paddington 2.

LBB> We’d love to get to know a bit about your background and influences. Tell us a little bit about your childhood and what drew you to this industry.

Joshua Callis-Smith> I wanted to work in the film industry from a very young age. I was captivated by big visual effects in movies so I originally wanted to work as a visual effects artist. At college I decided to study a media production course which is what really got me interested in cameras and editing. I spent a lot of my time making short films and music videos with my friends, running around with cameras just enjoying the process. And then from that I went on to Leeds Metropolitan University and did a degree in film and moving image production, specialising in post production.

LBB> What was your journey from there into the industry like?

Joshua> After university, I ended up joining a small production company called Left Eye Blind, which was effectively me and three other friends creating music videos and commercial content for the film industry. We would spend most of the budget on cameras, lenses and the technology rather than really paying ourselves anything - we were far more interested in having these tools to play around with and learn our craft.
From there, I fell into the digital imaging technician (DIT) role which was a fairly new position in 2010. I worked predominantly on TV dramas in Leeds, and eventually, a DOP called George Richmond convinced me to move to London and to go and do the first Kingsman movie with him as the DIT. It was the break I wanted to move from TV dramas into high end features.
In London I worked with lots of DOPs, setting up workflows and colour pipelines for the production I was involved in. I quickly realised in order to help make sure the DOP’s creative vision was carried through the entire post production process I needed to be involved in the dailies process, which is how On Set Tech moved into that part of the market. Our dailies operations grew at an alarming pace which lead to us pursuing film dailies and a collaboration with Cinelab London for Edgar Wrights Last Night In Soho. We continued to collaborate on multiple shows over a 2 year period that unified our teams and effectively lead to the two companies merging.
Then around two years ago, I decided to merge my company, On Set Tech, with Cinelab.

LBB> So what does a typical day in the life of CTO / Colourist at Cinelab look like for you?

Joshua> On a typical day, I usually start by checking over the workflows of current jobs, making sure the DOPs, DITs and editorial teams are happy and that everything that we're turning around meets the requirements of other teams that we’re working with. Where I can, I try to do site visits, so I can go down to set and speak to the camera team and the creatives so that when I come back to the lab to do my grading process I have clear communication.
When I’m grading, sometimes I work from notes and other times I jump on remote sessions with the DOP. So I'll sit in the theatre and basically they'll have an iPad or a calibrated monitor in a home environment and I'll be able to work with them in real time from a different location.

Joshua> It's got to be the collaboration with the creative teams that we're working with. There's a real sense of achievement when you're setting up a workflow for the job and everything starts to come together. I also love getting to work with so many different people across so many different jobs. And then, creatively I love sitting down with a DOP to help bring their vision to life, making sure the imagery looks exactly as they intended and that it travels through the rest of the pipeline this way.
The most challenging part is probably finding new technical solutions to further enhance the creative process, but I also find it quite enjoyable because you're not just doing the same thing every single day.

LBB> And what area of processing film amazes you the most?

Joshua> Coming from a digital background, the whole chemical process is just fascinating. There's a real science to it. Being able to scan old film in 4k with new technology and new scanners to unlock more detail is mind blowing - the fact that it was always captured that way but only now are we able to see more of its potential.
While I still love working with digital imagery and digital photography, there's an aesthetic that is unmatched when shooting film. You can't achieve this with digital photography, you can get very close but the differences between shooting film and shoot digital are still clear as day. I find that to be truly amazing.

LBB> What projects have you worked on that have been most memorable to you so far in your career and why?

Joshua> I recently completed the last Fantastic Beasts movie as a DIT, which was a huge highlight. My wife is a massive Harry Potter fan so to go into that world and be involved was definitely special for me. Going home and seeing the excitement on my wife's face as she asks me what happened in Hogwarts that day was brilliant.
I’ve also done two movies with the director Dexter Fletcher that I really enjoyed, again with George Richmond as DOP. The first was Eddie the Eagle which we shot in Germany. There were a lot of challenges with working at the tops of ski slopes but it was a lot of fun. And then the second film I did with him was Rocket Man. I’m a big fan of Elton John so just being on set surrounded by that music all day was a great working environment.
Lastly, I’ve got to pick Paddington 2 as a highlight. It was a really hard shoot but a really enjoyable process. It was the first film my nephew ever saw in the cinemas too which was nice.

LBB> What industry trends or insights can you share from your experience at Cinelab over the past year?

Joshua> There’s a growing trend towards hybrid productions shooting on both film and digital cameras. The first film I worked on that blended both was Wonder Woman. And then I did another job after that for Christopher Robin. The first part was shot on 65 mm film, and then the rest of the movie was done on digital.
There are many hybrid workflows at the moment with people using both formats and I guess there's a real advantage to being able to shoot on both - to pick the right format for the right project and the right job.

LBB> What are the benefits of working in this hybrid way?

Joshua> You can use the aesthetic of each to achieve certain looks. So you could have a project where you're doing a timepiece and you want the scenes in the past to be shot on film, and those shot in present day or the future to be shot on digital. The different formats can really accentuate what's happening in the storyline.
Another reason might be to help with technical challenges. You might choose to shoot on film during day and then digital at night as digital cameras perform better in low light situations. It’s nice to have that creative and technical flexibility.

Joshua> The growth of the UK film industry at the moment is just phenomenal. Obviously there's been a little bit of a pause because of COVID, so it's busy because there's a lot of productions catching up, but the amount of studio space that is popping up all over the country is exciting. All the major studios are pretty much booked out for the next 10 years and there’s a real shortage of crew because there are so many productions happening here at the moment. But it's a really exciting time to be working in the UK film industry because it's never been as busy as it is and there's never been as much growth.

LBB> How do you hope to develop the business over the coming years?

Joshua> We want to continue to grow as a dailies facility and to be able to increase the number of services we currently offer. We’re also working towards improving on hybrid workflows to make the process both simpler and more accessible for all our clients.

LBB> Lastly, what do you like to do outside of work to unwind?

Joshua> I try to stay quite active. I enjoy cycling and mountain biking. I live in the countryside so I spend a lot of time hiking with my dog.
And I am constantly learning and training. I don't think you can ever stop training as the industry moves too quickly. I get inspired by so many different elements of life, it doesn't have to be just watching movies, so I like to stay immersed in it all.