Morrison was most recently Head of Content Production at the agency 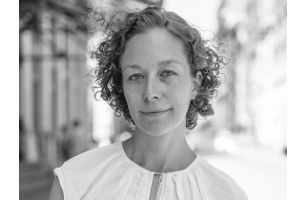 BBH New York has announced the promotion of Kate Morrison to its Head of Production. Morrison has been with the New York office since 2014, and in her new role will join the New York management team and oversee all production out of the NY office.

During her previous roles at BBH NY, Kate has been an Executive Producer, and most recently Head of Content Production, where she oversaw all film production for the NY office with the goal of making the work as great, dynamic and interesting as possible, helping build the Producers at BBH into the best in the industry.  As well as leading the department, she has worked on multiple client campaigns, which include Axe’s ‘Hotel’, and PlayStation’s ‘Star Wars Battlefront’ and ‘Perfect Day’, the latter of which won Gold at Cannes and Silver at the ADC.

Prior to joining BBH, Kate worked at TwoFifteenMcCann, Butler, Shine, Stern and Partners, and both 180 offices, on brands such as PlayStation, Axe, Xbox, adidas, Under Armour, Sony and Nike Jordan.

John Patroulis, BBH New York Creative Chairman said: "We put production at the heart of our creative process, and Kate is one of the most creatively driven producers in the industry. She's been a driving force behind a lot of famous work, and has done it by focusing on the best possible expression of an idea no matter the timings or hurdles or budget. We couldn't be more excited about her taking the lead of an already great production department and helping it continue to rise, affecting the work, the growth, and the culture of the agency itself."

Kate Morrison, BBH New York Head of Production said: “I couldn’t be more excited. We have an amazing production team here at BBH and I have faith in them to make any sort of impossible, possible. I am honoured to be their steward and I look forward to continuing to work alongside John, Ari and the rest of the BBH team to make the sort of work that makes us all proud to get out of bed in the morning.”

Podcasts, Humour & ‘Recommerce’: How Gumtree is Branching Out