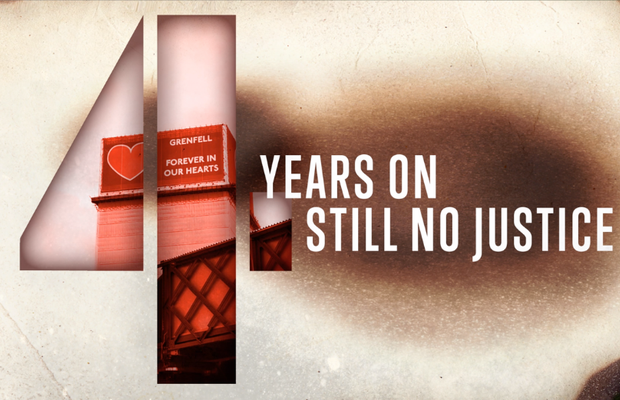 Four years on from the Grenfell Tower disaster, Justice4Grenfell has launched a campaign to coincide with the 4th anniversary of the fire, using their '4' to highlight a lack of justice and accountability.

Made using news reports and photography from the past four years, the non-profit organisation has produced a series of images and a 72-second film. Each features incriminating stories of inequality, betrayal and fear that show just how much injustice the community has endured since 72 lives were lost.

Despite public outcry at the time, and continuous campaigning from many groups, still no one has been held accountable for the disaster at Grenfell. Firms involved were granted immunity from prosecution if they gave evidence at the Inquiry; firefighters were made a scapegoat during the Inquiry’s first phase; more tower block fires have occurred since then; and even today up to 11 million people may live in properties with unsafe cladding.

The campaign is linked to a petition calling for the government to reform the 2005 Inquiries Act, making it a legal obligation to implement Inquiry recommendations. As it stands, Inquiries have no legal recourse, and governments don’t have to act on recommendations or findings – as was seen with the amendment to the Fire Safety Act – leaving potential risks for future loss of life.

Justice4Grenfell spokesperson, Yvette Williams, said: “Those in positions of power must be held accountable, as it’s been four years of inequality and inaction. Few recommendations from Phase 1 of the Inquiry have been implemented, amendments to a fire safety bill were consistently voted down, and thousands of people still live in unsafe homes with poor or no remuneration to remove dangerous materials. This is not justice; this is a lack of political will and accountability.”

The campaign was created pro-bono by Bilel Labjaoui and Charlie Hallam, alongside Daniel Todd and Nick Toumazi from TAG Worldwide, and local photographer Beresford Hodge. ITN allowed them access to four years of news reports, so that the team could tell the truth of what has happened since the fire, and remind the nation of the stories that may have been forgotten, neglected or ignored. 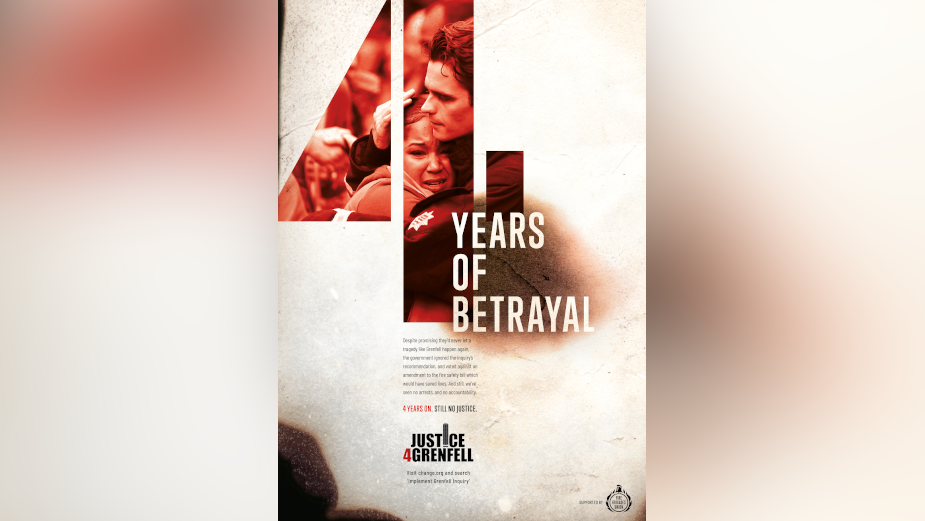 Bilel Labjaoui said: “Having grown up in the area for over 20 years, it’s a privilege to be able to work with Justice4Grenfell, and bring four years of injustice back into the public eye. The fire still burns in the community, and it’ll only be extinguished once justice is served.”

The campaign will run from 14th June – the 4th anniversary of the tragedy – in press and social channels, with more stories being released throughout the year.

Emma Marsland: “I Caught a Glimpse of Advertising and Knew It Was for Me”

Sun, Sea, and an Inclusive Cast Feature in Tag’s Spot for Booking.com