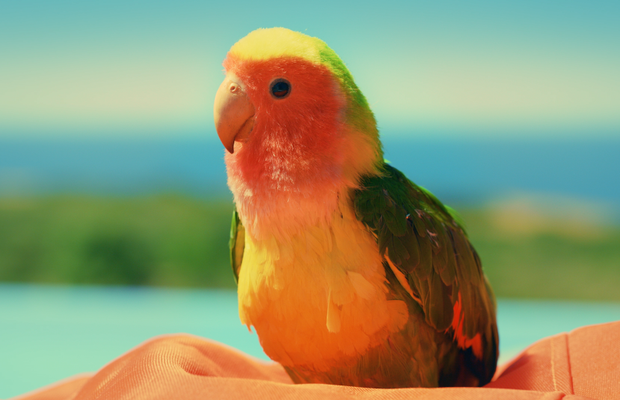 Just Eat are recoupling with Love Island for its hotly anticipated return. The ‘Get Stuck In’ sponsorship campaign, created by McCann London, is spearheaded by four new arrivals - lovebirds Izzy and Lloyd, and geckos Gaz & Oz.

The characters, voiced by British rapper, singer, songwriter Lady Leshurr and stand-ups Inel Tomlinson, Tez Ilyas and Jamali Maddix respectively, take us to the heart of the villa, commentating on all the fun and dramz as it unfolds. We see them not just eye up the contestants, but also the delicious Just Eat food.

The animatronics were designed, built and puppeteered by the best in class and award-winning John Nolan Studio. Their incredible attention to detail has brought these characters to life in a charming and tactile way.

The 15”, 10” & 5” idents, narrated by Love Island voiceover Iain Stirling, will run across TV, VOD and social, created by McCann London and produced through Craft. Social strategy and creative were managed by Byte London, with PR delivered by Mischief. It breaks on Monday 28th June, with the launch of the new Love Island series on ITV2. Just Eat is also headline sponsor of the popular ‘Love Island: The Morning After’ podcast.

The campaign was created by Adam Taylor-Smith and Stephen Yeates and directed by Terri Timely through Park Pictures. This is the second campaign since McCann Worldgroup retained the Just Eat Takeaway.com expanded creative account in March this year.

Matt Bushby, Just Eat Takeaway UK marketing director, commented: “Love Island is finally here and Just Eat is set to help fans get stuck in. As the food delivery sector continues to mature, it's increasingly important to remain culturally relevant, converting our strong brand awareness into consideration and preference - Love Island enables us to do just that. As fans tune in in their droves, we hope our loveable geckos and lovebirds amplify the joy of indulging in the much-anticipated return of the show.”

Victoria Gold, Just Eat Takeaway UK head of marketing communications, said: “Love Island is back and like us, audiences cannot wait to get stuck back into the villa action. Building upon the success of our 2020 campaign, we bring fresh creative and a visual feast to living rooms across the nation with our loveable Love Island characters - Lovebirds, Lloyd and Izzy; Geckos, Gaz and Oz - as they commentate on the comings and goings in the villa. Just like fans at home.”

Rob Webster & Alexei Berwitz, McCann creative directors, commented: “There’s no better feeling than getting stuck into Love Island with your mates and a delicious Just Eat. Turns out that’s as true for people as it is for egomaniac Lovebirds, and desperate geckos with a penchant for beatboxing and piri-piri sauce.”