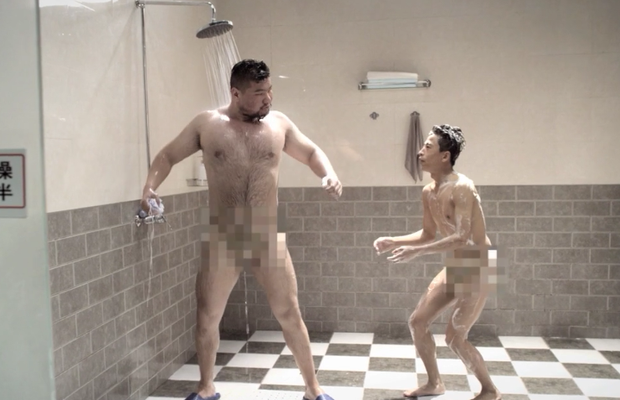 A fun campaign for water-heater maker Sakura urging people to share a shower to drive home an environmental point has gone viral in China, with its videos of two men vigorously soaping and sluicing themselves – and each other - under a single shower head.

To promote Sakura Corp.’s new eco-friendly water heaters in mainland China, J. Walter Thompson honed in on the product’s defining feature – it produces half the amount of gas emissions of a regular water heater, which is better for the environment.

Sakura_Gymnastics_0514 from JWT APAC on Vimeo.

Viewers are told at the end of the video that: “Sharing showers can cut emissions by 50 per cent and so can Sakura’s Eco Water Heater.”

The point is not to actually share a shower but to achieve the same effect by buying the company’s product.

The “Let’s Share a Shower” campaign ran from June 1 to July 7 this year. The videos quickly went viral, with 5.54 million views on Youku, the Chinese equivalent of YouTube. To keep the campaign family-friendly, private parts were pixelated.

The campaign included a game on instant messaging platform WeChat. Users picked a cartoon character to represent themselves and another to represent a friend, to create a funny animation of both sharing a shower which they could then send to the friend. Millions took part.

More than eight million users of Weibo, the Chinese equivalent of Twitter, viewed the topic #let’s share a shower.

Finely Sliced: Trying Everything in the Edit with Joe Walton