Introducing 'Saylists': Rothco Takes Us Behind the Scenes of the Groundbreaking Speech Therapy Project with Apple Music

'Saylists', from Warner Music and Rothco, part of Accenture Interactive, has launched exclusively on the Apple Music streaming service 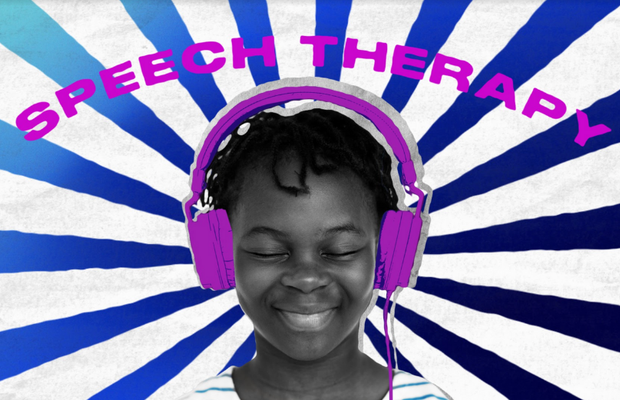 A custom algorithm aimed at augmenting speech therapy for young people has launched on the streaming platform Apple Music.

‘Saylists’, from Warner Music and Rothco, part of Accenture Interactive, is a collection of playlists which combine music and technology to highlight key phonetic sounds. The custom-built Saylists feature tracks such as ‘Don’t Start Now’ by Dua Lipa for the ‘D’ Playlist, ‘Good As Hell’ by Lizzo for the ‘G’ Playlist and ‘Right Here, Right Now’ by Fatboy Slim for the ‘R’ Playlist.

It's estimated that approximately one in 12 children experience some form of Speech Sound Disorder (SSD). In the field of speech-language therapy, one of the most successful therapeutic strategies is the repetition of difficult syllables, words, and phrases. However, repetition can be tedious and draining for children - so that’s where the Saylists come in.

“The idea behind Saylists is that they turn music into a universal speech therapy tool, which means there has never been a more accessible and fun way for children to practise the sounds they struggle with”, explains Zara Flynn, managing director of Accenture Interactive in Ireland. “With lockdowns looking like they’ll continue for the foreseeable future, Saylists are perfect for kids who want to continue their practice in a way that can brighten up their day”.

Above: An explainer video for 'Saylists'.

The original idea for Saylists was inspired a teacher’s complaint. This teacher, the sister of Rob Maguire, a member of the Rothco, part of Accenture Interactive creative team, found herself making up stories for her young students as the stories in their books were too childish. These children found their stories boring. Rob wanted to explore ways of making education more fun and so he spoke to the leadership team who decided to take this forward.

Funded initially by the business through their Corporate Citizenship programme – the team at Rothco, part of Accenture Interactive developed an original algorithm that could analyse the lyrics of any song – looking for patterns of repetition typically used to train specific speech sounds.

They then took this idea to Apple Music and Warner Music. Apple Music applied the algorithm to conduct a data analysis of song lyrics, across the 70 million tracks in its catalogue to isolate songs with significant patterns of repetition. Finally, 173 songs were curated by Warner Music into Saylists: an assortment of therapeutically beneficial music playlists, each focused on a specific sound that a child might struggle with. There’s a Saylist of songs for sounds: ‘CH’, ‘D’, ‘F’, ‘G’, ‘K, ‘L’, ‘R’, ‘S’, ‘Z’, ‘T’.

Also guiding the project was Anna Biavati-Smith, a specialist speech and language therapist. “Every speech and language therapist wants to keep children engaged during the therapy sessions as well as help them generalise the target sounds, both in school and at home”, she says. “‘Saylists’ provide a fun, new way to practise the sounds I teach them – without feeling pressured or getting bored. Having fun is the first step to learning.”

Drawing on Biavati-Smith’s expertise was vital to the success of the project. Equally important was the need to keep the project engaging and enjoyable for young listeners was also a priority for the team. “We had to ensure that each Saylist was a collection of songs that our audience would like to hear”, notes Alan Kelly, chief creative officer at Rothco, part of Accenture Interactive. “That audience, children aged between 11 and 15, has a very particular taste that we had to be sure to cater for. For Saylists to be an enjoyable speech therapy tool, we had to make sure the songs were just that – enjoyable.”

The campaign was created with the target audience in mind, young people who would benefit from using Saylists. This cohort is immersed in content that comes at them thick and fast. To grab their attention, the team created a campaign that would fit seamlessly into their world and feel made especially for them. They opted for a mixed media approach to ensure the work could replicate the variety that teens this age encounter online. All of the animation, illustration, and motion work was done in-house by the team at Rothco, part of Accenture Interactive. The reaction to the campaign has been significant attracting headlines around the world and even featuring as a question on Ant & Dec's Saturday Night Takeaway.

For many of the creatives working at Rothco, part of Accenture Interactive, the project came from the heart. ““Our goal was to help redefine the long and often painstaking journey that young people with atypical speech can experience. Several members of our team who worked on ‘Saylists’ themselves grew up with SSDs, so it’s a personal project as well”, explains Alan. “This is also a notable project because this specific approach has never been taken before and a real example of how we can bring human ingenuity and technology together to drive real societal change. Of course, we’re not replacing speech therapy, we’ve augmented it by providing an extra tool, one that holds attention better than the repeating of certain sentences over and over.”