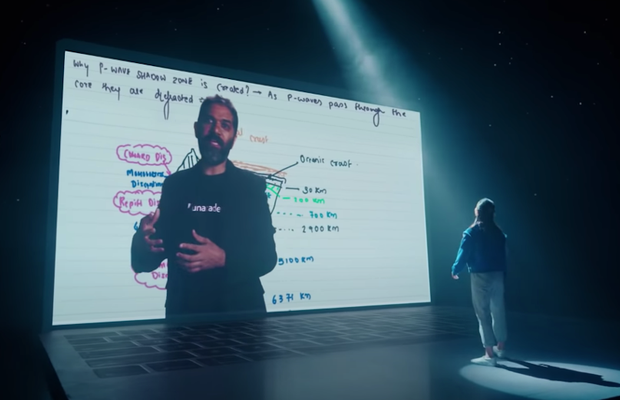 Unacademy has released a new film expressing gratitude to its learners, educators, and users - who the company terms as their ‘Believers’ - for making it India’s largest learning platform.

The film conceived by Lowe Lintas Bangalore opens with the popular soundtrack ‘Believer’ by Imagine Dragons. It takes the viewer through a day in the life of a young learner who experiences a larger-than-life projection of everything that the Unacademy platform has to offer. From India’s foremost educators to innovative interactive live classes on a wide range of courses, lessons from stalwarts in the popular ‘Legends on Unacademy’, the film weaves through these highlights. It also depicts different milestones in Unacademy’s journey with the message that the driving force behind its success is the overwhelming support of its ‘believers’.

To emphasise the message of gratitude, Unacademy struck off the terms ‘learners’ and ‘educators’, replacing them with the word ‘Believers’, reiterating that the music track chosen for the film was also a special tribute to them.

Speaking about the campaign, Puneet Kapoor, regional creative officer, Lowe Lintas said: “Unacademy has had a great journey as a brand both business-wise and communication-wise. Showcasing the stellar data points of the achievements is always a challenging creative task. The convergence of exceptional storytelling, treatment, direction, and a kickass track that vibes with the life stage of the brand was used to hit the sweet spot. Kudos to all the teams involved and to the Unacademy marketing team for believing in us as always.”

Some of the data on Unacademy that the film reveals include over 49 million learners, five million + monthly active users, 50,000 + educators, 150,000 + interactive live classes monthly, over two billion minutes of content created every month, and a presence in 10,000 + Indian cities.