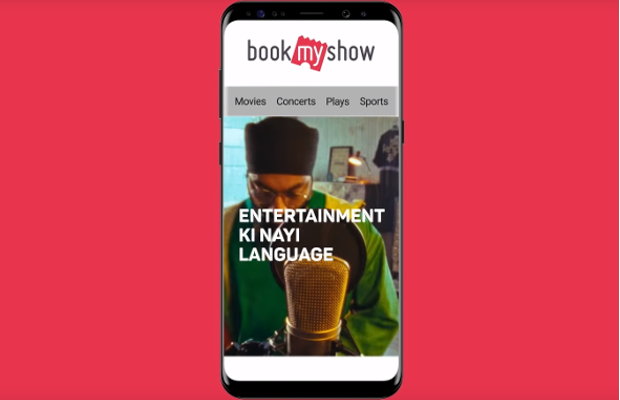 BookMyShow, India’s leading entertainment destination, released its latest brand campaign – ‘Entertainment Ki Nayi Bhasha’. The campaign has been conceptualised and executed by BBH India and BookMyShow’s in-house creative team.
With its wide array of offerings, BookMyShow has evolved over the years, transforming India’s out-of-home entertainment ecosystem, becoming the go-to destination for all things entertainment, including movies and live experiences. Reinforcing BookMyShow’s role in curating and bringing to India, several first-of-its-kind entertainment offerings for its users, the campaign also revealed its brand new tagline - It All Starts Here.
The campaign traces the company’s two decade long journey, mapping its evolution from an online ticketing giant to full stack management of entertainment experiences, shifting from a transaction-only offering to a discovery engine that enables wholesome and varied experiences in the out-of-home entertainment ecosystem.
At the heart of the campaign is a film that captures the spectrum of emotions and reactions of people when they consume a live entertainment experience. Directed by Aakash Bhatia (director of Amazon Prime Video Original Series – Inside Edge), the film features renowned rap artist Prabh Deep who has also composed and performed the rap.
Aimed at audiences pan India, the film has been released across English, Hindi, Tamil, and Telugu and will be supported by an outdoor campaign.
Commenting on the new campaign, Marzdi Kalianiwala, head - marketing and business intelligence, BookMyShow said: “Over the last two decades, BookMyShow has been at the forefront of delivering unparalleled entertainment experiences, first as India’s largest online ticketing platform and over the years, as facilitator and curator of global and home-grown live entertainment experiences. We have been committed to ensuring the best in class out-of-home entertainment, by bringing marquee experiences including movies, live music concerts, theatricals, stand-up comedy, sporting extravaganzas and much more, for Indian audiences.
"BookMyShow’s new campaign 'Entertainment Ki Nayi Bhasha', is a further step towards introducing all audiences to each of these entertainment categories and our role right from offering the ease of a transaction to completing the entire consumer experience of the entertainment they choose on our platform. It cements BookMyShow’s position as India’s go-to entertainment destination, where for entertainment-lovers, It All Starts here.”
Russell Barrett, CCO and managing partner, BBH India added: “BookMyShow is a brand that has been at the centre of the world of entertainment for years now. It’s a brand that’s brought some of the most interesting acts and some of the most inspiring entertainment properties to Indian audiences. We needed to communicate that when you get on to BookMyShow, you suddenly open an entire universe of possibilities.
Any message for a brand like BookMyShow must itself be entertaining. We used Prabh Deep to create an amazing, new, bespoke track and set it to the genuine reactions of our audience enjoying these diverse experiences. It needed to feel modern, young and relevant and we believe this commercial delivers on exactly these qualities.”