Global chief creative officer at R/GA and one of this year's Immortal Awards jurors, Tiffany Rolfe, shares her five favourite ever ads from the region 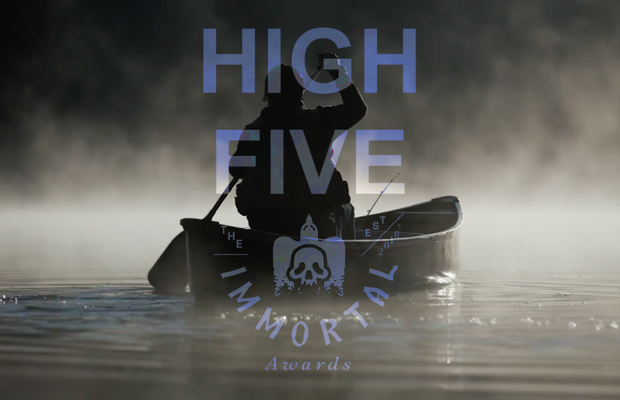 Immortal is an impossibly high bar. Immortal means exempt from oblivion. It’s imperishable forever fame. The work that reaches these levels is work you’ve most likely seen and heard of before. Part of what makes it live on forever is that it becomes part of culture - through people talking about it and sharing it. It’s work that lives on - as a movement, as conversations, as actions. And it’s work that serves as a milestone to mark a change in the industry and even society and serves as a beacon for what’s next. All the best work today has the DNA of these iconic works of the past. Here are my favourite pieces of work through five immortal lenses, and some of these do more than one of these...

Agency: FCB New York
I’ve been inspired by and pushed for making innovative work that leverages technology in a new ways to change our perception of what’s possible. Work like Nike's 'FuelBand' and BK’s 'Subservient Chicken' were past examples. But last year, there was another that I think will hold an immortal mantel. 'The Courtside Fan Experience' was the result of an NBA / Microsoft and Michelob partnership to give fans the feeling of sitting next to one another at a live game when no one could attend during the pandemic. Players could experience their energy and support as they dribble down the court and see fans’ real-time reaction. Viewers tuning in to the game from home could feel the crowd’s energy as well as they see the virtual stands filled with fans. Some of the best marketing today will be born from these types of collaborations - this is an example of brands bringing all of their strengths together to create something new. Not just communication but a multi-brand experience that’s a win-win for everyone involved.

Agency: Venables Bell & Partners
REI’s '#OptOutside' has continued since 2015 when the co-op first launched the idea, inviting employees and members to look at Black Friday in a new light. REI made the choice to close every one of its stores on the biggest shopping day of the year, paid employees to spend the day outdoors with friends and family and encouraged Americans to think more deliberately about their consumption habits. This single action has grown into a movement. One that was good for people and the planet and good for business.

Agencies: Crispin Porter +Bogusky / Arnold / 72&Sunny
I’m proud to be part of a campaign that truly proved this. Truth wasn’t just a campaign, it was a new brand created to combat one of the biggest health crises of our time, smoking. It was one of, if not the first guerilla-style, subversive, anti-establishment ad campaigns. It prevented 500,000 American teens from starting smoking. And it continues long after solving its initial impossible challenge of teen smoking by transitioning into the new world of vaping. All while being led by different clients and agencies over time. A truly enduring idea and movement.

Agency: BBDO New York
Sound: Heard City
It starts a new and ongoing conversation in culture - a chain reaction. 'The Talk' was an ad made for My Black is Beautiful, a campaign group that started within P&G. It shared the story of parents shown in different eras talking to their children about the experience they have of racism. This brave storytelling has paved the way for more honest, hard conversations around race from brands. Like this year’s follow-up - P&G’s 'The Look' to 'You Love Me' from Beats.

Agency: 360I
Posting a visual and message response that was surprising and serendipitous when the lights went out won the SuperBowl that year. I love choosing something as simple and fleeting as a social post to represent immortality. All the strategy and media money in the world can’t predict power outages in the SuperBowl. The right message with the right timing and context can be powerfully impactful. As one of the best examples of real time marketing, it changed how we think about our jobs as marketers in a social-first world.

The Flexible Future of Work