Karl Waters. creative partner at Folk Wunderman Thompson in Dublin, concludes 2021's Immortal High Five series with a selection or Irish ads that have stuck with him over the years 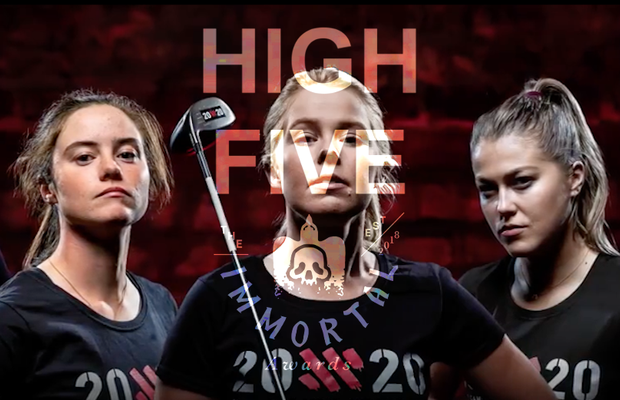 Working out my Immortal High Five from Ireland took me a little longer than I expected. That’s a testament to the great work that’s come out of the country in the past few years. Making a shortlist was tough; for the most part, I didn’t have to delve too far into the past as I feel like the work coming out of Ireland at the minute is on an upward trajectory. Long may that continue...

Agency: Boys+Girls
This spot for Swim Ireland by Boys+Girls is a brilliantly crafted, simple but powerful radio ad. The idea is stripped back leaving just what’s essential. There’s an authenticity to it that truly brings home the reality of the situation the campaign is raising awareness about. And it’s delivered with such emotion and craft that it would stop anybody in their tracks.

Agency: ROTHCO Accenture Interactive
Production: CereProc
This idea had everything. It mixed data, technology, culture and human interest. It closed the loop on one part of one of the most significant happenings of the 20th century. In doing so it created a piece of history almost 50 years after America’s most famous assassination. Because the subject matter is so emotionally charged the idea has genuine heart too. All these elements are crafted together to create something truly special.

Agency: Folk Wunderman Thompson
As this piece of work is from my own agency, I’ve included it knowing the impact its had on Irish society. The homeless crisis in Ireland has been going on for a number of years, with successive governments being unable to solve it. 'Address Point' is an initiative that gives those who are homeless a digital / proxy address so they can access services that help them get back on their feet and back in housing again. To date based on 'Address Points' opened, over half the adult homeless population have availed of the service. This level of impact is something we are immensely proud of in Folk.

Agency: McCann Erikson Belfast
I had to feature this ad from my childhood. I’m not sure if I paid too much attention to advertising before this. But when this came out it showed me just what was possible. It aired in Ireland during 'The Troubles' encouraging people to come forward with any information. What caught my eye (and most other people who grew up with it) was the amazing storytelling within it, the gritty realism and the use of music - all of which rivalled most TV shows and movies of the time. I still see people sharing it these days. And that’s testament that it really is immortal.

Safefood’s Quirky Campaign Ensures a Safe Christmas for All Cooks