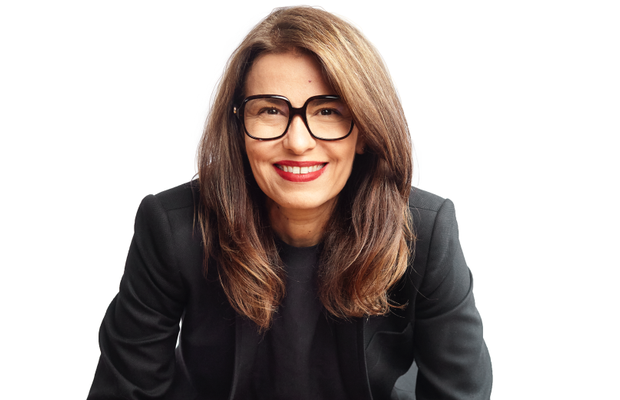 Joanna Monteiro says that the opportunity to move to Publicis Toronto as the agency’s new CCO was somewhat of a message from God.
The well respected and highly awarded Brazilian creative joined the Canadian agency last month, marking her first senior role outside of her homeland. She joined Publicis from Heads Propaganda, where she was also the chief creative officer; prior to that she held the same position at FCB Brazil.
“For many years I’ve been receiving more offers from abroad than in Brazil. There's a lot more opportunities,” she tells me. However, she felt uncomfortable leaving Brazil while she was the only female CCO in the market. “It would have been awful for the market here. But now we have some more - not a lot more, but it's better.”
What’s more, Joanna’s daughter was still young and she didn’t want to upheave her out of Brazil to a new land at that time. “But then she went to spend a year in Canada with my ex-husband and she’s in love with the country,” adds Joanna. “So when this guy came to me with an offer in New York, I said that I didn’t want to go to New York right now. I wanted to stay in Brazil or go to Canada. And then I received the offer from Publicis Toronto. That was amazing because they had been looking for some time to find someone for that position, and I was finally open to go to Toronto, so it was kind of like God was speaking.”
Just one month into the new position - and still stuck in Brazil due to Covid delays in the visa process - Joanna is gradually making her way around the agency, learning names and getting to know faces. “The beginning is always pretty weird but we’re getting there,” she says. “I'm starting to figure out what we need - maybe reorganising and making a different way of working and organising things. But I'm the one who is arriving and the people all know each other and their teams, so they have a lot more information than I do. You have to listen more and talk less and it's a good way of starting.
“I think the challenge is to raise the bar creatively,” she adds. “No doubt about it, we need to play, but not break the toys. I think the agency has everything: information, data, technology and  innovation, but we need to improve the creativity. And it's very interesting, because everyone wants to do it. People want to do it and they already have everything they need. So it's just a matter of reorganising and having different resources and inspiring in a different way. That will be the challenge; building creatively, not losing the business and putting more focus on creativity. I think that's what all the clients want.”
Beginning to work in a completely different market, Joanna is also working to familiarise herself with the local culture in order to be able to speak to her new clients’ customers in the best ways possible. “But there’s something funny about advertising,” she says. “You have to go really deep into the culture, of course, but the best things are based on human truths. And the human truths are pretty much the same. But I am really excited about the opportunity to work with local behaviours and problems. It is somewhat similar to Brazil, because they don't get the biggest campaigns but that means opportunity because the problems are more local and their personality is different.”
When it comes to this particular challenge, Joanna is also enthusiastic about the data science and psychology capabilities at Publicis (which was supercharged with Publicis Groupe’s acquisition of Epsilon in 2019). “I was in love with their offer,” she says. “They have a structure to serve you which is so complete and so good. And it's worth saying that 40% of the accounts of Publicis Toronto come from the United States. So really, we sort of have an American agency, but in Canada. The work is not always aimed at Canadians, it's aimed at Americans too. And we have to deal with that all the time in Brazil, because most of the work we do here would not be as popular internationally as it would be in Brazil. It requires more global thinking. Maybe that's why there are so many Brazilians going abroad and succeeding. We have a personality that's more global in terms of understanding.”
For now Joanna is waiting it out in Brazil before she can make the move to Canada, where eventually she’ll also be joined by another fellow Brazilian, Max Geraldo, who has joined BBDO Canada as CCO from Grey Brazil. As the days tick by and the icy temperatures of Ontario winter edge ever closer, Joanna is filled more with anticipation than dread of the impending weather. “I lived once in Colorado Springs, so I’ve seen snow! I don’t think the weather is going to be an issue. I’m just really excited.”
Additional reporting by Josh Neufeldt

WestJet Campaign Celebrates Canadians Who Go Above & Beyond