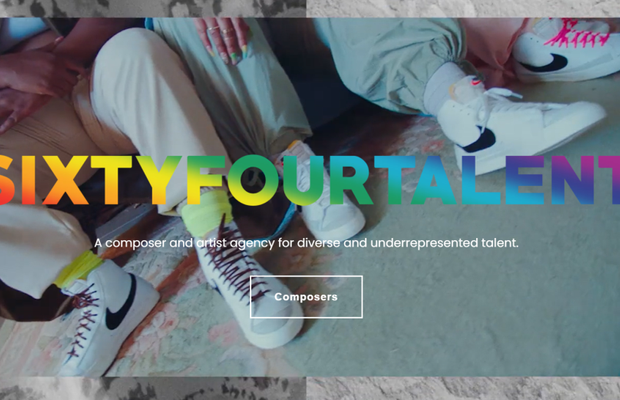 Launched in May 2021, SixtyFour Talent is a composer and musical artist agency launched by UK and US based SixtyFour Music for diverse and underrepresented talent. It was conceived by SixtyFour Music music supervisor + head of film & TV Anne Booty, managing partner Nick Payne and managing director and music supervisor Rebecca Grierson, alongside Wave Studios founder Johnnie Burn in response to what they saw as an enormous lack of diversity in the film and television industry.
The idea for the talent agency began to blossom while Rebecca helped build the composer database for Free the Work back in 2018. Through her and SixtyFour Music’s partnership with Free the Work, she met a lot of unsigned composers and began mentoring and forming relationships with them. Over the course of the pandemic the team began talking more about how they should create their own roster and officially represent more composers. “I co-hosted several industry round tables with ad agencies and brands, studying the statistics closely and recognising the scale of the lack of diversity,” says Rebecca. “We decided it was time to take action ourselves and tackle the problem head on. Levelling the playing field is always something we’ve felt passionate about, so it was really a logical next step for us. SixtyFour Talent was born.”
Looking at the Oscars this year, SixtyFour Talent discovered that only 5% of films that were entered were composed by women, a percentage lower than 2020. The team tells us that such data doesn’t really exist for the advertising industry so it’s difficult to quantify exactly what is happening. Very few agencies have performed an audit to collect that data. “It’s apparent there is still a large deficit in original advertising music,” says Rebecca. “Award winners and nominees are still dominated by white male composers, and very often the same people winning.” 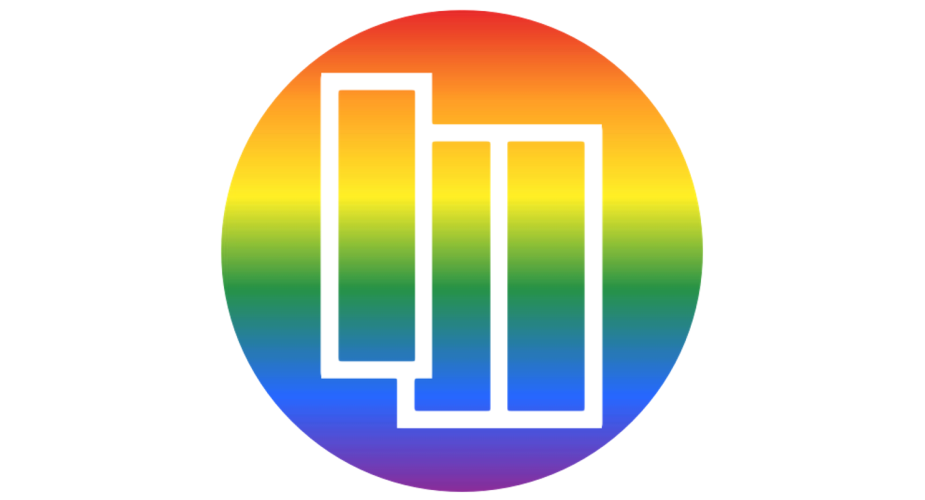 Both Anne and Rebecca are sympathetic to the fact that the same faces keep getting the most opportunities likely due to a matter of familiarity. People like working with trusted partners and friends and taking a risk on someone new for a high-pressure project is naturally perceived as a risk - but this is also why it’s the same people winning jobs most of the time. “Agencies are not always making space or taking enough chances on new composers,” says Anne, while Rebecca encourages people hiring composers to include someone new at the pitch stage and to start taking more meetings and reviewing new showreels to cultivate new relationships.
“Everyone can make a difference,” says Anne. “Music supervisors can be guilty of making safe choices too and continually hiring the ‘trusted pair of hands’. We need to consciously diversify who we’re reaching out to.”
“In the past 18 months most of the agency music supervisors we work with have been putting in huge efforts to diversify and bring in new talent,” adds Rebecca. “It would be great to see more production companies and directors forging new composer relationships too and taking them on their career journey. We often hear ‘the director went with a mate’.
In a bid to get the message to agencies, brands and other stakeholders, Rebecca, Anne and the rest of the team at SixtyFour Talent are proactively recruiting decision makers for internal panels to discuss ideas moving forward and how to make things happen. They’re also provisioning agencies and brands with a diverse selection of composers to become familiar with. What’s more, they’ve had agencies and brands actively request a person of colour or someone that identifies at LGBTQI+ for a particular job and believe that people shouldn’t be afraid to make more requests like that. “The conversation is happening,” says Rebecca. “We just need to see how that now translates into action and make sure it’s a long-term change and not just a trend.”
When it comes to recruiting for SixtyFour Talent, they naturally lean into their relationship with “allies and partners” Free the Work. They are mindful not to grow too quickly in a bid to make sure that they can provide enough opportunities for the people they represent. With regards to work, numerous composers on the talent roster are / have been actively working on projects at the moment. Khari Mateen is working on an Amazon series and a feature documentary; Amy Mcknight scored the last series of Tyler Perry’s ‘Sistas’ and two spots for Nike; Leon Jean-Marie wrote a TikTok track and a beautiful score for Dicks Sporting Goods, which was directed by Savanah Leaf and Anomaly; Emer Kinsella just scored a psych-thriller called ‘She The Creator’ and has written additional music on ‘Dreamland - The Burning of Black Wall Street’ (CNN), ‘Cradle to Stage’ Dave Grohl (Paramount Plus) and 'American Horror Stories' (Hulu) with Amanda Jones; Charlotte Partt is assisting on a comedy series for BBC1; Kristin Øhrn Dyrud just won a campaign for Google; and Okiem Warmann scored a recent Lloyds Banking commercial.
“It’s about presenting talent that has been historically underrepresented to decision makers and ultimately getting them hired and at the top of the scoring circuit,” says Rebecca. “It’s about nurturing that process too, making sure that we get feedback to help each composer grow and improve their craft.”
“Audiences want authentic stories,” adds Anne. “And we believe that needs to be reflected not just in front of the camera, but in all the other parts of film-making too. Especially composition!”

Radio LBB: The Art of Storytelling

SixtyFour Music Expand US Team with the Hire of Tamara Credle