Company founders Brian Carbin and Dave Kiddie on navigating the remote revolution, and what it can tell us about the industry’s future 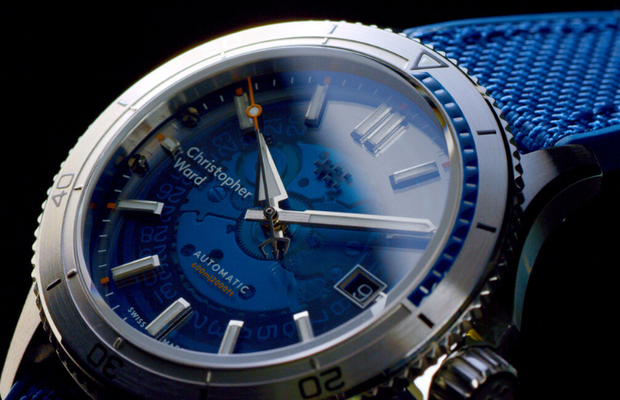 “For us, it’s mostly been business as usual - apart from having a lot more freedom when it comes to which trousers to wear!”

“There was a learning curve, but we got up to speed soon enough”, recalls Dave. “Given we’re putting an extra focus on communications, it almost feels like we’re seeing others’ faces more often than ever before. Plus we’re getting to have three meals a day with our families. In all honesty, we’ve kind of gotten used to it!”.

In terms of productivity, the switch to remote has barely been noticeable. No sooner did lockdown begin than Stone Dogs set to work on a number of projects including one for the watchmaking brand Christopher Ward. The campaign aired at the beginning of May, a time in which many of the brands’ competitors were cutting back their communications in the wake of the Covid crisis.

The decision to push the ad out during the pandemic has paid dividends for the brand, with sales reportedly skyrocketing, with company CEO Mike France hailing an 802% increase in sales following the playful ad. Speaking to WatchPro, France was effusive in his praise of the agencies who had worked on the spot.

Above: Stone Dogs helped watchmaking brand Chrisopher Ward launch its first ever ad in the midst of a global pandemic

“The whole process of putting together that ad was totally above board”, recalls Brian. “All filmed under social distancing rules, cameras on the end of giant selfie sticks, all that stuff. We were all wondering quite how it would work out given the restrictions but given the success they’ve seen, I think there’s a lesson there about working around these kinds of obstacles”.

Brian and Dave brought that same philosophy to their work with Vitality. “Again, that amounted to a creative problem solving exercise,” explains Dave. “The campaign involved a fair number of athletes filming footage of themselves at home. So we made and sent them a sort of instructional video, just explaining the right way to hold your camera and that kind of thing. Not that they all did, of course!”

Above: Vitality’s campaign saw influential athletes record messages from their own homes during the pandemic

During the past few months, it’s often been an open-minded approach to new ways of working that have seen businesses through difficult times.

Reflecting on the changes that have come around since the pandemic, Brian focuses on how our perspectives will be different when an eventual migration back to ‘normal’ does come around. “One of the things I think this whole experience has permanently changed is the conversation around flexible working hours. It’s something we’ve spoken to the team about in the past and we couldn’t see a clear way to make it work. Fast forward to now, though, and everyone is seeing the possibilities.”

Another key skill that’s proven essential during lockdown has been collaboration. Fortunately, Stone Dogs have been able to call on a secret weapon. “Being part of the Treacle 7 group has been a huge benefit to us during lockdown”, says Brian. “From the very beginning it was set up as a one stop shop that doesn’t need to be under the same roof.  This has become more relevant than ever and gives us access to like minded teams and clients all over the UK.”

“There’s no doubt that there are so many aspects of this that we’ll want to hold on to into the future”, agrees Dave. “Having said that I think the ideal working world, for us, will be a blend of the old and the new. We’ve been talking to clients that would traditionally stay regional, and might only contact us for bigger projects. Being introduced to a new client via Zoom instead of email is great, but then so is having a beer after work with your team. I’m hoping it’s not long before we can be doing both!”.

For the creative industry, the Covid pandemic has perhaps ensured the future is collaborative. It’s hard to see a full-on switch back, but many companies are finding they’re more adaptable than they expected. For studios such as Stone Dogs and undoubtedly many others, the ingredients of an ideal future can be found in the past and present.