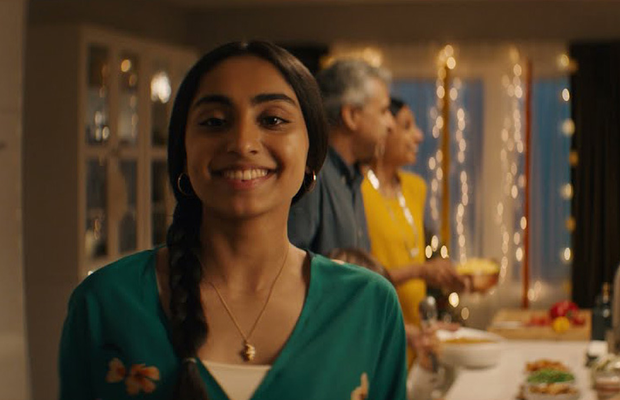 Canada's diversity runs extremely deep. According to Catalyst, more than one-fifth of Canadians are people of colour. As such, holiday celebrations can look different in every home. Canadians are reimagining old traditions and putting their own spins on them, turning them into new ones that they'll celebrate for years to come with friends and family.
IKEA Canada wanted to reflect this with its 2021 Christmas campaign. Entitled 'Assemble Together' and created by agency partner Rethink, the spot depicts a Canadian family of South Asian heritage getting together for the holidays, all to the driving beat of famous Bollywood track 'Chaiyya Chaiyya'.
In the launch press release, IKEA Canada head of marketing Johanna Andrén said: “This year we wanted to talk to the many Canadians a little differently, still tell a story that reflects our deep understanding of life at home, yet also highlights that the way we celebrate the holidays has evolved and Canadians are putting their own spin on holiday traditions to reimagine those celebrations."
To find out more about the approach and execution, LBB's Addison Capper spoke with Johanna, as well as Rethink creative director Dhaval Bhatt.

LBB> Starting out with this Christmas campaign, what were your main goals? What kind of brief did you present Rethink with?

Johanna> Our goal was to drive awareness and consideration for IKEA during the holidays – a typically saturated communications season given the importance of the season to most retailers. We felt that it was important for us to demonstrate our understanding of life at home during the holidays and especially as we embrace the opportunity to gather together again after so many months apart.

LBB> The idea is rooted in Canada's diversity - was that always the intention? Why was this the direction that was right for the brand?

Johanna> The idea for this spot actually came directly from a really powerful strategic insight about how Canada’s diverse population has taken the holidays and made it their own, often blending cultural traditions, touchpoints and varied lifestyle choices into their holiday celebrations. Canadian families have really reimagined how they want to celebrate the holidays and we wanted to reflect that, the holidays don’t all look the same anymore.

LBB> It's rooted in diversity but focuses on a South Asian family, instead of attempting to feature many cultures within the ad. What was the thought process behind this approach?

Johanna> We wanted to reflect the diversity of Canada in an honest, intimate, ‘life at home’ way, so we decided to tell one universal story - a family gathering and celebrating together during the holidays - through a lens we maybe hadn’t seen before. We were inspired to share representation of a family, like a multi-generational South Asian family, that is usually underrepresented during the holidays, but who have robust cultural traditions along with elements of cultural fusion enjoyed by many second-generation families.
The world-famous Bollywood track, Chaiyya Chaiyya, really helped bring together a joyful, yet meaningful tone. Even if you’ve never heard it before, this song has a bit of nostalgia to it, and that helped reinforce the universality of the specific, we were bringing to life.

LBB> How did you ensure that the commercial you made was true to that culture?

Johanna> The campaign was created by a team that included members from a diverse set of backgrounds and perspectives including Indian, Persian, Filipino and Italian (Canadian and Swedish too, of course). The diverse personal experiences, unique holiday traditions and celebrations from across this group helped to inform the campaign insight, creative execution, and production decisions.
Additionally, we collaborated with a cultural consultant who advised on key elements such as casting, wardrobe and set design during the production process. Then, the creative was peer-reviewed internally by co-workers and partners from South Asian backgrounds across both IKEA and our creative agency’s offices.

LBB> What was the production like? How did you pull off that effect?

Dhaval> The production was fun for us, we’ve done a lot of CGI recently and this time we did basically everything practically. It was really challenging but sometimes quite funny to set each of these unique, quirky movements to the beat of the music - it’s not often you have someone hiding off-camera wiggling an actor’s ears, for example.

LBB> What kind of reaction have you seen to the campaign since it launched?

Johanna> The majority of early viewers felt that the spot reflected and appreciated the different ways that people come together to celebrate the holidays – it’s the commonalities in making our traditions that we hope will resonate with our diverse audiences. There are consistent elements of holiday celebrations that we can all relate to whether it’s holiday decor, entertaining, cooking, gifting and all the pains and pleasures of planning any of those elements as we strive to make memories together.
We also previewed the new campaign with IKEA co-workers who really appreciated the feeling of inclusion, and the spot created a lot of energy among the many co-workers.

LBB> What were the trickiest components and how did you overcome them?

Dhaval> Not the trickiest thing technically, but we shot the spot in Toronto during a brutal heat wave - some of the warmest days of the year - and the team was sweltering outside while trying to capture the mood of a festive, cozy holiday commercial inside a home.

Johanna> At IKEA, we’re passionate about Life at Home. Since our early days we’ve been committed to helping more of the many thrive in their spaces and make the most of the relationships and rituals that make their spaces feel like home. The holidays, especially following these past 18 months of ongoing disruption, challenge and change that we’ve all experienced, is a time to collectively celebrate.