To support the campaign by Ogilvy and make the most of double donations, UnLtd is encouraging the industry to make a donation 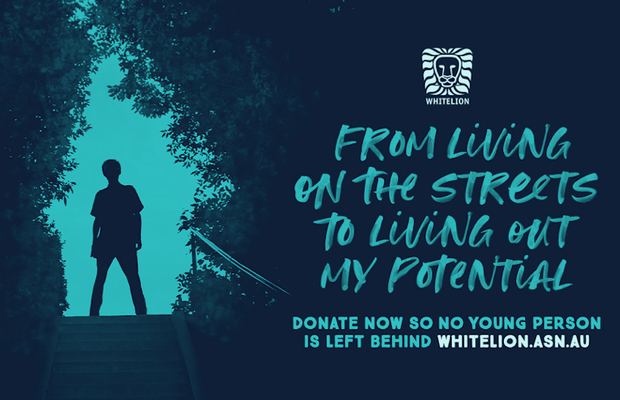 All donations up to the value of $250,000 made on World Homeless Day will also be doubled by Whitelion ‘Matchers’ – the organisation’s corporate partners – to make twice the impact. Whitelion is a not-for-profit organisation that specialises in the rehabilitation of at-risk youth, many of whom have no place to call home, often through no fault of their own. The first critical step in their process is establishing a 'fixed address' in whichever capacity is possible. A simple, everyday aspect that we don’t often think about, but a fixed address is the gateway to even the most basic services, like Centrelink benefits, Medicare and finding employment, which helps transform their lives.​

The innovative pro-bono marketing campaign was created by Ogilvy and has garnered support by some of Australian’s leading organisations to forfeit valuable media space for the cause. Companies donating their homepage for the day include Domain, News Corp, Volkswagen, ASAHI, NBL, CUB plus many more.

Damien Pashby, group account director at Ogilvy, said: “Through working with Whitelion on their previous brand campaign, we understood the enormous difference simply having a fixed address can make to a young person’s immediate future. We saw an opportunity to leverage online browsing behaviours in the attempt to place a spotlight on this issue and asked some of Australia’s biggest brands to donate their digital address to help those who don’t have a fixed address.”

Executive creative officer at Ogilvy Australia, Gavin McLeod, added: “Youth homelessness is an issue that impacts all aspects of our community and it is only through working together as a community that we can help address the issue. So, it’s inspiring to see so many businesses support the campaign by donating their home address to young people without a home address of their own.”

The campaign is also supported by many media organisations who have donated inventory to promote the campaign and raise awareness of Whitelion and youth homelessness.

Hang Vo, CEO of Whitelion, commented: “It is estimated that 44,000 young people under the age of 25 are homeless. This year has shown to all of us, how important it is to have a place to call home and an opportunity to work. As we grapple with the longer-term impacts of Covid-19, it is now more important than ever to address the issue of youth homelessness and the challenges this brings for forming positive connections and getting a job. Young people entering adulthood with skills and experience that will support lifelong economic independence and reduce welfare dependency will ultimately benefit the Australian economy and society as a whole.”

Every $2,500 raised will give young people access to vital support from a Whitelion youth worker for up to six months, helping them achieve safety and stability. For someone like Jake*, aged 17, this support can mean the difference of life and death.

Jake said: “I’ve been couch surfing for years after escaping a violent home but when Covid hit, I couldn’t find anywhere to stay. I spent two months sleeping under the railway bridge in Melbourne CBD, it was so cold and scary at night. In May, I met with a support worker from Whitelion who have helped me rebuild my life. They helped me find a temporary place to stay, given me training and I’ve just secured my first job! I’ll be working hard to save money so I can hopefully get a permanent place to call home soon. Without Whitelion, I don’t know if I would have made it through this winter alive.”

To support the campaign and to make the most of the double donations, UnLtd is encouraging the industry to make a donation here.