The recovery from the pandemic will be an opportunity for the industry to embrace renewal, argues Chimney CEO Henric Larsson. In the spirit of reinvention, it may be time to take another look at the breakthrough alternatives to in-housing… 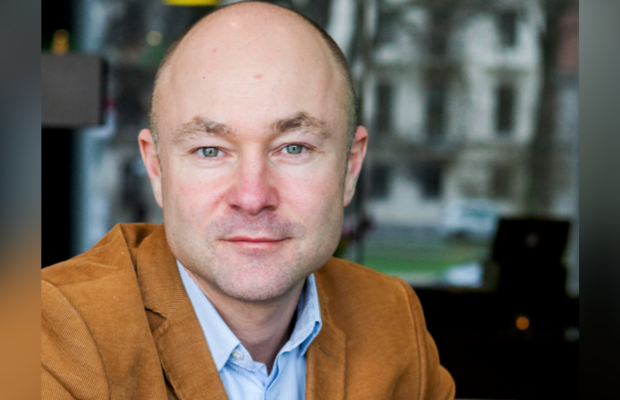 In this industry, you can never underestimate the power of a shiny new thing. We’re naturally drawn to fresh ideas like a moth to a lamp, and the result is the unpredictable – and frankly exciting – industry that we love.

There are times, however, where our weakness for the dramatic and new can undermine us. We see big ideas flit in and out of fashion regularly, many of which often struggle to justify the upheaval they bring about. A few years ago, it was a rush to ‘big data’. And just before the pandemic struck, in-housing was the bright new thing. Many big-name agencies were left reeling by clients who sought to assert their brand identities through their own bespoke mini agencies, sitting just a few seconds’ walk away from the marketing manager.

The appeal was easy enough to understand. Brands had complete control over their own creatives, they hung out on the same company retreats, and they – to borrow some corporate speak for a moment – ‘lived and breathed the brand world’. Fair enough. But the pandemic, I believe, has highlighted many flaws in the in-housing model which had previously been ignored. As we emerge into a new era, there’s a big question worth asking. Could it be possible to find a new system which retains the advantages of in-housing without the drawbacks? With a little imagination, we can find a model that’s perfectly suited to modern challenges.

The Need for Speed

In a world where your workforce operates out of an office (imagine!), there’s a strong case to be made for in-housing. Instead of arranging calls and meetings to touch base with your agency partners, you can simply walk down the corridor and check out what’s on their computer screens at that exact moment. For brands who crave control over the details of their campaigns, it’s an alluring proposition – the architects of your messages will never go far beyond your arm’s reach.

What’s more, there’s the cost to consider. Why shell out for expensive agencies and production companies to look after every project, when you can have the efficiency of a streamlined workflow?

There’s a problem with these schools of thought, however: they’re already out of date. In the modern world, it’s just as easy to connect with an agency on a Zoom call as it is with your own employees. Some of us are already beginning to return to the office, but the culture and ease of remote connections isn't going to go away. In fact, it will likely only become easier as tech catches up with demand. Forward-thinking marketers on both agency and brand sides will be asking themselves whether the existing in-housing model is truly the most optimal way to approach the challenges of the new world.

All of the above is to say nothing of the biggest challenge faced by in-house teams, however – defining and maintaining a creative culture.

I know from my own career working alongside creatives that their creativity isn’t something you can call upon at the press of a button. Creativity needs to be nurtured and given the right conditions in which to flourish. There’s no sure-fire way to do this but those conditions tend to include a degree of variation, dynamism, and exposure to new ideas. It’s another reason why so many around the world have struggled during this period of lockdown. The best creativity reacts to external stimuli, with new ideas generating more new ideas.

That’s why locking creativity away in-house isn’t always a smart idea. In doing so, you’re taking creatives away from all the other projects and ideas that can spark their imagination. Elite-level creativity is the result of a balanced diet, and in-housing too often disrupts that balance.

The main problem resulting from our attraction to the new is our tendency to dispense with ‘old’ ideas without bothering to adapt, update, and - dare I say - perfect them.

Although I do maintain that the pandemic has highlighted significant flaws with the in-housing model, that’s not to say it can’t be made to work. Given what we’re learning throughout the pandemic, I believe it would be a mistake to continue with the in-housing model as it is. But what we have is an opportunity to perfect the model, not abandon it. Let’s not idly follow the pendulum swing this time.

The only truly efficient way forward is to capitalize on our new realities and come with better, faster and stronger ideas. One that answers to existing, key demands and makes room for the future. At Chimney Group, our response to these questions is Edisen – the first platform of its kind that will bring a whole new meaning to in-housing.

The promise of Edisen is that creative control can be taken in-house, whilst creativity itself can be nurtured and left exposed to new ideas and inspiration. The platform – which has been created in collaboration with both brands and creatives – offers users unparalleled control of creative content while producing more for the same budget.

In all likelihood, our industry will never stop loving shiny new things. Maybe it’s because we’re secretly insecure, or maybe it’s because creatives are naturally drawn toward the new. Whatever the reason, we love to swing with the pendulum and instigate dramatic, sweeping changes. But that would be a mistake in this instance.