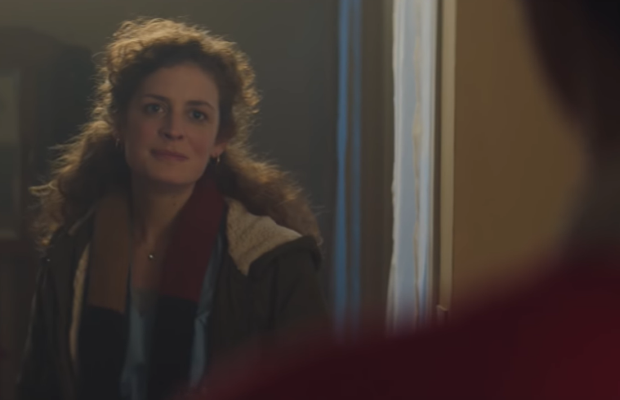 In anticipation of the upcoming holidays, Hobby Lobby has teamed up with The Richards Group and Tool of North America to produce 'Working Mom', a one-minute heartwarming spot that follows the story of a single-working mum and her son as they navigate the busy times that surround Christmas.

In 'Working Mom', the spirit of the holiday is captured in a compassionate, personal and surprising way, following a single mum as she works to care for her teenage son. The director, Rudi Schwab, strives to build stories that are true to the characters who inhabit them, and was inspired to dive into this project with that tagline in mind. The spot reflects a reality that many are familiar with: there is never enough time in the day to do everything we have to do. But there is a comfort in knowing we’re doing our best. The spot shows a mum who is confident in the choices she makes, because it means a good life for her and her son.

Directed by Tool of North America’s Rudi Schwab, the spots follow a single mum as she works to care for her teenage son. As she juggles cleaning, working and providing for the both of them, her son seemingly overlooks the work she puts in. One morning, while eating breakfast, the son notices the Christmas tree in the living room that has yet to be decorated for the holidays, as well as the basket of laundry that needs to be done.

A light-bulb moment happens and we see the son peddling his bike to a pawn shop to trade in some of his own items while his mum is at work. We then return to the son who has made his way back to the house, finishing up the now decorated Christmas tree. Finally, we see the mum making her way back home, noticing a new holiday wreath hanging on their door. Upon opening the door, she is greeted by the seasonally decorated living room, Christmas tree, and her nicely-dressed son standing next to Christmas gifts, showcasing the breadth of products Hobby Lobby is able to provide its customers during the holiday season.

The spot reflects a reality that many are familiar with: there is never enough time in the day to do everything we have to do. But there is a comfort in knowing we’re doing our best. The spot shows a mum who is confident in the choices she makes, because it means a good life for her and her son.

Before venturing into directing, Rudi Schwab was a photographer for magazines including Elle, Seventeen and Cosmopolitan. Since his shift into commercial directing, he has collaborated with major brands such as Google, Hewlett-Packard, Disney and Samsung. Most notably, he directed “Handle with Care” for Gillette, which took home 7 Cannes Lions and 4 Gold Clio Awards. He has garnered other awards including Emmys and AICP Awards.