As MullenLowe Lintas and Child Rights and You’s campaign highlights the importance of an education for girls, the team behind the project speaks to LBB’s Natasha Patel about the project and hammering home their message to India’s population 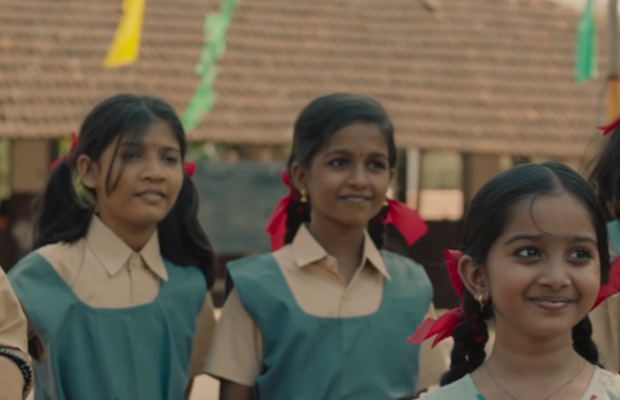 For the past four decades, Indian NGO CRY – Child Rights and You – has been doing all it can to ensure the country’s young are given access to education. Now, the organisation and MullenLowe Lintas have teamed up to create a campaign that shows off the importance of India’s girls completing their secondary schooling. #PooriPadhaiDeshKiBhalai was created with this idealism in mind and the belief that giving girls the basic right to attain a secondary education will impact the country’s GDP greatly. The three-minute long film is a beautiful reminder that education is an investment, and like all investments it comes with a return.
Now that the campaign has been seen by the public, it has garnered all kinds of interest and has the power to make the change the team behind it dreamed of. Lintas Live’s creative head Sarvesh Raikar and CRY’s CEO Puja Marwaha talk to LBB’s Natasha Patel about what makes this campaign so special and how it can strike the right chord with an audience.

LBB> What was the initial brief for this campaign and what were your thoughts when you first saw it?

Sarvesh> The brief was clearly about awakening the nation to the positive effects of girls completing their secondary education. In a way that is never done before. And in a way that is differentiated from the regular girl child education narrative, which quite frankly,
has hit a blind spot, of late.

LBB> Puja, as CEO of CRY, how much input did you have on the campaign?

Puja> CRY (Child Rights and You) and Lintas worked together very closely on developing the overall campaign.
We had a very clear brief in terms of which aspects about the importance of secondary education for girls needed to be communicated, and Lintas was then responsible for the creative execution of the same. And they did a marvellous job! Of course, both teams worked together to ensure that the film and campaign message were completely aligned with the CRY brand identity.

LBB> Are you amazed that in 2021 a campaign such as this is still needed due to a lack of awareness for girls' educational rights?

Sarvesh> We have come a long way, yet unfortunately there is still a long way to go. But India is a huge country and the conditioning is deep-rooted. It will take time. Which is why efforts are needed on a huge scale. And immediately.
On a personal level it should no longer surprise us, but it should anger us that our girls and women are deprived of the basic right – to get a complete education. Only then can we expect change at the desired speed.

LBB> There have been a lot of campaigns coming out of India that discuss girls' education - why do you think this one is so different?

Sarvesh> There are two very clear differences – one strategic and the other creative.
The campaign attacks a very specific problem strategically – of girls not completing secondary education, and its collateral impact on the society and the economy.  Creatively, therefore, the film speaks a very different language – of looking at girl power as a major financial power - the country’s biggest underutilised asset. 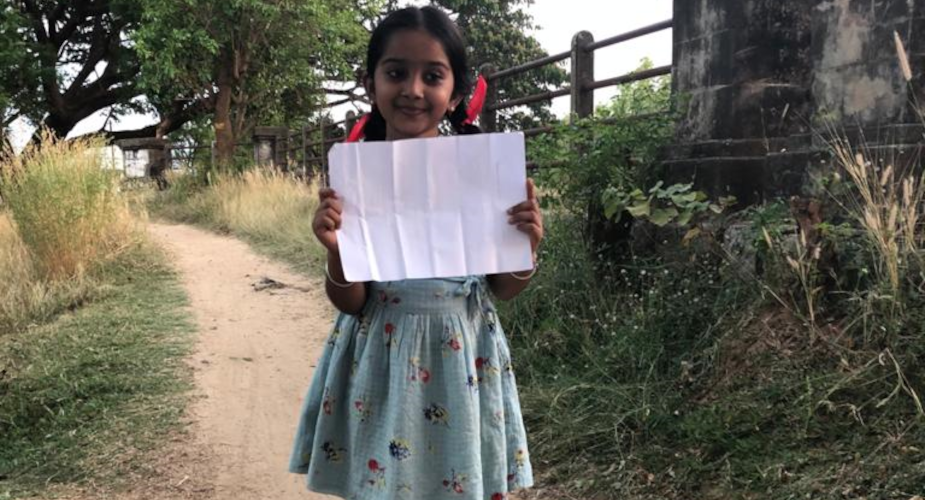 LBB> It's interesting that the film's opening scene is of a man fixing his car - why did you choose this as the start of what is a campaign about girls' education?

Sarvesh> To be frank there was no gender lens in play, when it comes to the opening scene. In fact, the director of the film, Akhil came up with this thought to make the storytelling interesting. To arrive at the issue of girl child education we wanted to start with something that absolutely doesn’t allude to the subject and therefore dials up the surprise at the end.
But I must admit that the peculiar start did spark some conversations. For instance, someone interpreted it as symbolism –  a powerful person stuck before reaching the final destination; it is a bit like India itself, on the road to greatness. It can’t fulfil its potential until it fixes this problem – of girl child education!

LBB> Where did the idea of calling education an 'investment' come from?

Puja> There are many campaigns that have talked about the importance of sending girls to school. What we were interested in starting a conversation about was actually the idea of not just of girls going to school, but also completing their secondary education. And while education is always presented as a way for individual girls to achieve their dreams or as an overall push for gender equality (and those are very important consequences), we wanted to emphasize the larger societal benefits from girls completing school – their health improves, the health and nutritional standards of their children when they are born improves, they are able to participate in the workforce, their earning capacity goes up, their participation in decision making within the family increases, etc. So, essentially if you spend more resources to ensure girls complete their education, it leads to a huge payoff for the whole country and economy – and that’s exactly where the idea of an investment came up.
These are the facts – as per Census 2011, girls account for 48% of the total child population in the country. Today, a lot of girls drop out of school – reasons include financial constraints, schools that are far off, child marriage due to financial or social pressure. Fully educating our girls would actually make a huge impact on our GDP which is not the only payoff, but a very good surrogate for all the progress we could make as a society on a number of indicators. 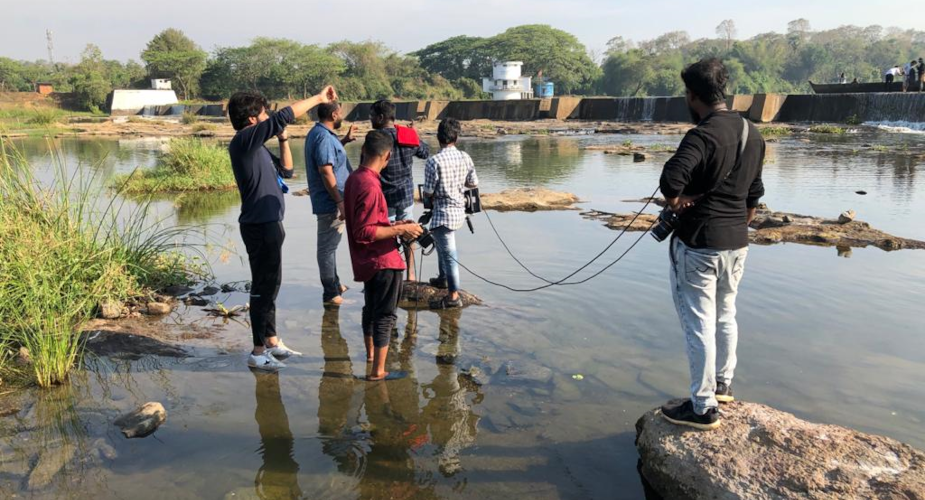 LBB> Tell me more about the music for the campaign - how did you land on the final track?

Sarvesh> The music is done by one of India’s brightest upcoming music composers, Hanif. And there is a great story behind the inspiration. While shooting, during the little lunch break, we heard the girls singing something playfully, it seemed like a local folk song. The tune caught on. We recorded it on our phones and then Hanif, of course, gave it a universal flavour. Since India is a country with so many states and hundreds of languages we didn’t want the track to be in one particular language. And Hanif and Akhil’s idea of using gibberish did much more than solve the problem for us.

LBB> This campaign centres around a very rural school - how do you think those in the city will react to this kind of campaign?

Sarvesh> The story has been launched on social media and there has been great traction. Because beyond a point the story is universal and since more than half of India still lives in villages, the cities are not that removed from the rural reality. In fact, analytics have shown that the film has enjoyed great traction in the metros including Mumbai, Delhi and Bangalore. Also since the theme was investment, the film has been widely shared by a lot of people in the financial sector and even the corporate world.  And that’s truly heartening - the country's financial powerhouses endorsing our view that girl child education is actually the investment the country needs.

LBB> What were your thoughts when you viewed the finished project?

Puja> We absolutely loved the film! It beautifully captures the idea of investing in girl’s secondary education – simple, powerful and charming – story-telling at its best! 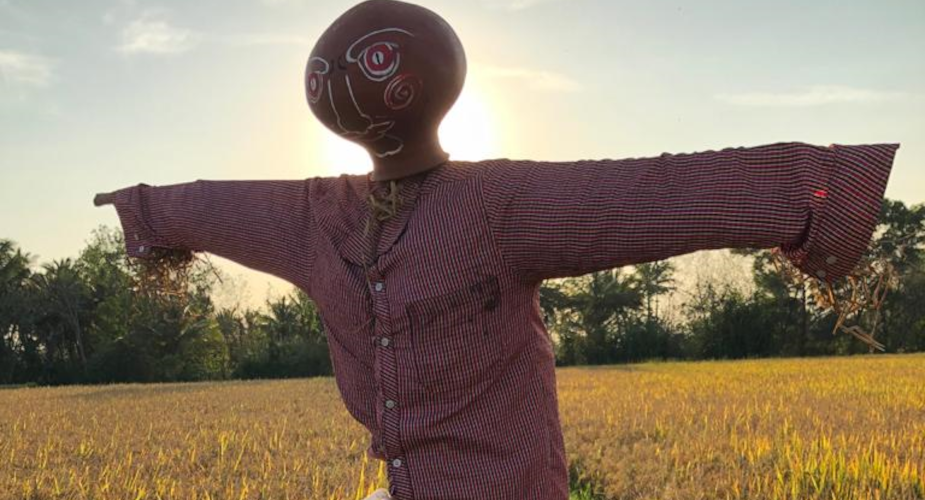 LBB> What were the biggest challenges working on this?

Sarvesh> The biggest challenge was finding the right partners. We had about 10-15 days to go live once the story was locked. And our production needs were not conventional – starting from the location to finding the right cast. We were lucky to find Absolute as our production partner, who truly went out of the way to make it happen in this new Covid-affected world.
Once we locked the location in Kerala (miles away from a convenient shooting location like Mumbai), we had to find the key cast locally, as flying kids wouldn’t have been safe. But we found stars in all the local kids and the broker, whose performance makes the film endearing.
Puja> There is a lot of communication out there about girl child education in general. However, not a lot of people are aware that so many girls drop out and never actually complete their education. So, making this distinction in our message was extremely crucial. Moreover, we had to ensure that the message is relatable for people, even though the topic may not necessarily be personal to them.

LBB> Tell us about the public’s reaction to the film.

Puja> The campaign is doing great so far! Everyone’s loving the idea of talking about secondary education for girls as an investment. The film especially struck a chord with the audience immediately, and we’re seeing positive responses pouring in till date. More than a lakh views [100,000] in the first few days of the launch and more than thousands have already signed the pledge.